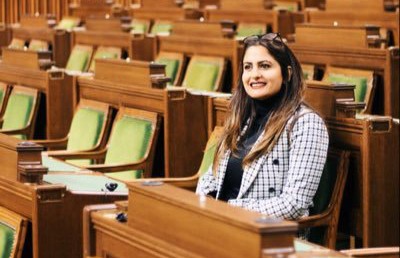 Newly re-elected Prime Minister Justin Trudeau announced his cabinet on Tuesday (October 26), and it includes an MP from Brampton.

Kamal Khera, MP for Brampton West, was appointed the Minister of Seniors.

Going into the federal election in September, Khera was the incumbent for her riding, having initially won her seat back in 2015.

Additionally, from August 2018 to January 2021, she served as the Parliamentary Secretary to the Minister of International Development.

She stepped down from this role this past January, though, after it came out that she travelled to Seattle for a memorial service for her uncle despite the fact the U.S. Canadian border was closed due to the pandemic.

Khera is a registered nurse, and a graduate of York University. Prior to getting into politics, she worked as a nurse at St. Joseph’s Health Centre Toronto.

Further, during the height of the pandemic, she assisted with the vaccine rollout in her community, helping vaccinate frontline health care workers and community members in Brampton.