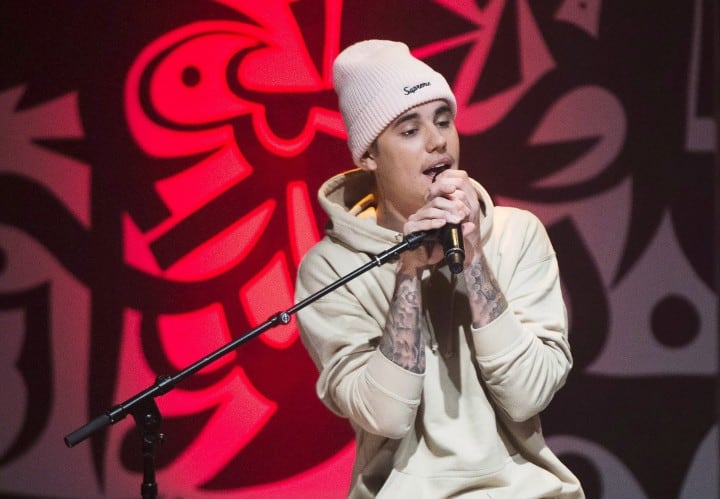 TORONTO — Justin Bieber is coming out on top as the leading Canadian nominee at the Grammys.

The Stratford, Ont.-raised pop superstar picked up four nominations this year, including best pop vocal album for “Changes,” pop solo performance for “Yummy” and pop duo for “Intentions,” a song he sings with rapper Quavo.

He also shared a nomination for best country duo or group performance with Nashville act Dan + Shay for their hit single “10,000 Hours.”

Bieber was followed closely behind by Kaytranada, the Montreal producer who secured three nods, including one in the banner category of best new artist. He’ll be competing against some heavyweights for that trophy, including acclaimed Texas rapper Megan Thee Stallion and Los Angeles singer Doja Cat.

Reached at her Toronto art studio Tuesday, Pimienta said the nomination is “a great honour,” although she was not expecting it.

“For me, it’s all about giving happiness to people who support me and my family so I might not care about it that much, but because I love my family and people who love me care about it so much and they’re so proud of me,”  she said. “You know I have to be happy, you know, and I am so grateful.”

Toronto rapper Drake pulled in three nominations, including two for “Laugh Now, Cry Later” for best rap song and best melodic rap performance, and another for the music video of “Life is Good,” a track with rapper Future.

Toronto producer Frank Dukes shares two nods with Post Malone for his work on “Hollywood’s Bleeding,” competing for album of the year, and the song “Circles,” which is up for record of the year.

Songwriter Sam Ellis, a native of Cambridge, Ont., marked his own Grammy first with his contributions to “More Heart Than Mine,” nominated for best country song.

Leonard Cohen landed a fourth career nomination for his posthumous 2019 album “Thanks For the Dance.” The Montreal poet laureate has won two Grammys.

French-Canadian actress Audrey Brisson shares a nomination with the U.K. cast of “Amelie,” a musical based on the 2001 romantic comedy, that’s recognized in the best musical theater album category.

Among the biggest upsets was the total absence of Toronto singer the Weeknd from the Grammy categories. Heading into the nominations, his inescapable 2020 album “After Hours” and its No. 1 single “Blinding Lights” had positioned Abel Tesfaye as an awards frontrunner with prognosticators.

Several other famed Canadians didn’t get nominations themselves but were part of projects that picked up recognition.

A reading by “Jeopardy!” contestant Ken Jennings of the late Alex Trebek’s memoir “The Answer Is…Reflections on My Life” is competing for spoken word album.

Ottawa native Alanis Morissette’s “Jagged Little Pill” production is up for musical theater album, a prize which goes to the vocalists.

—With files from Cassandra Szklarski.