Is Your Holiday Spending Out of Control? 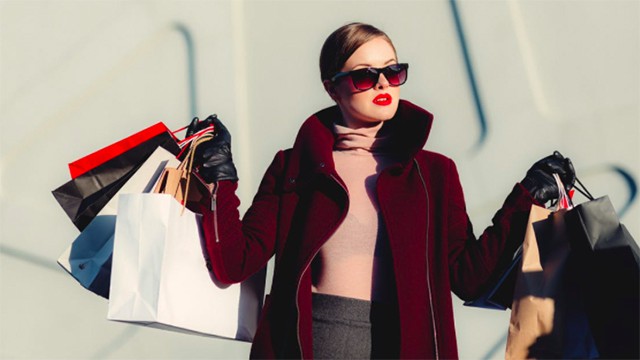 Mo’ money, mo’ problems, millennials — nearly two-thirds of Canadians say their holiday spending is out of control, a new CIBC poll finds, and Generation Y is getting its shop on.

Christmas shopping budgets are up 8 per cent from last year to an average of nearly $650, and Canadians plan on spending, on average, another $300 on entertaining and other celebrations over the festive season.

Back to those millennials: they’re upping their spending by 39 per cent to about $555 this year, with nearly half saying they’re modern-day Santas who ‘absolutely love giving holiday gifts.’

More than half (52 per cent) of Canadians polled expect to go over budget, and two in five (41 per cent) admit they really can’t afford the holiday spending but feel pressured to participate, findings show.

“While the holidays are meant to be a time to reconnect with loved ones, Canadians are telling us that they’re secretly frustrated with the shopping, stress and overspending that can end up eclipsing the joy of the season,” said CIBC’s imperial service VP David Nicholson.

“It’s time to reset expectations, so the holidays can be enjoyed to their fullest. No tradition is set in stone. Take some time with friends and family to discuss new traditions that might better reflect your shared values and help to reduce the costs and stress of the holidays.”

While most will use credit (59 per cent) and cash/debit (50 per cent) to cover their holiday bills, the poll finds that using rewards points or gift cards to offset expenses is growing in popularity, particularly among women, millennials and Atlantic Canadians.

“With as many three-quarters of Canadians conceding that they ‘wish they could save more money’ at this time of the year, it’s clear we need to do things differently, put savings first, and find new ways to trim costs this season,” said Nicholson.

“While part of that means having tough conversations, it also means sticking to a firm budget and having a savings plan in place so that the holidays don’t derail you from your goals.” As many as two in five (41 per cent) admit they can’t afford the holiday spending, but don’t want to be the Scrooge, who raises the idea of not giving gifts first, or know of at least one person who they wish would stop giving them a gift so they wouldn’t have to give one back.

Half (50 per cent) of Canadians admit they only somewhat enjoy, or feel duty bound to participate in the gift-giving, including 9 per cent who say they hate giving gifts because it’s too stressful and expensive.

The survey also showed that 38 per cent of Canadians have already changed a holiday tradition to reduce stress and spending, with 43 per cent setting a limit on gift-spending, 27 per cent agreeing to give gifts to small children, and 20 per cent opting for the single gift-exchange of a Secret Santa or Kris Kringle.

One in four (27 per cent) of them have done away with gift-exchange altogether, and 14 per cent have opted to get together for a shared experience in lieu of gifts. Cash or gift cards are this holiday season’s hottest gifts, with more than half (56 per cent) putting it on their wish list. That’s in line with an earlier CIBC Savings Poll that found many Canadians receive extra cash throughout the year, which could be used to bolster short- or long-term savings.

The poll also finds nearly half (48 per cent) of those surveyed send money or packaged gifts by mail to loved ones over the holidays.

“Sending money electronically can be a great way to reduce stress and keep costs down,” said Nicholson.

“The best part is that you can immediately transfer that extra money into your savings account to get you closer to your savings goals and, ultimately, the bigger items on your wish list.”

Tips for holiday happiness? Reboot expectations with family and friends, make a list and track your spending, use prepaid cards to avoid over-spending, use rewards points or gift cards to offset costs, and direct cash gifts toward your savings goals.