Is Holiday Spending Out of Control Amongst Certain Groups in Mississauga and Beyond? 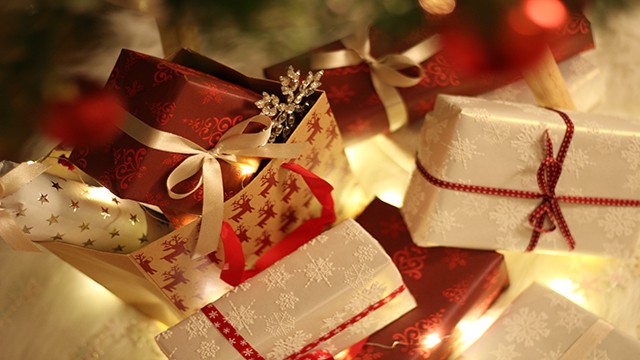 Tis the season to be shopping.

A new CIBC poll finds nearly two-thirds of Canadians think their holiday spending is “out of control,” but our gift-giving traditions are changing.

In the online survey of 1,512 randomly selected Canadian adults, CIBC found Canadians plan to spend on average $643 on holiday shopping, up eight per cent compared to $597 last year.

The spending doesn’t stop there. Décor, entertaining, New Year’s celebrations and Boxing Day sales all add up to about $300 more. Only B.C. spends more on average than Ontario on these additional expenses.

The strain on wallets helps explain why shopping topped the list of Canadians’ holiday irritants. More than half of those polled (52 per cent) expect to go over budget, and two in five (41 per cent) admit they really can’t afford the holiday spending, but feel pressured to participate.

So, who are the big gift-givers?

Nearly half of millennials polled say they “absolutely love giving holiday gifts,” and they’re backing that up with their wallets, upping their spending by 39 per cent to about $555 this year. Yet they’re also among the most likely to go over their budgets.

This raises the question: How are they paying for it all?

While most will use credit (59 per cent) and cash/debit (50 per cent), the poll finds that using rewards points or gift cards to offset expenses is growing in popularity, particularly among women, millennials and Atlantic Canadians.

Money may not grow on Christmas trees, but a growing tradition means more of us are finding cash under them. Roughly half of Canadians put money, or gift cards, on their wish list, and roughly half send money or packaged gifts by mail to loved ones over the holidays.

As a cost-cutting measure, 20 per cent are opting for the single gift-exchange of a Secret Santa or Kris Kringle.

While many choose to weather the storm of holiday shopping, more of us are opting out.

One in four (27 per cent) have done away with gift-exchange altogether, and 14 per cent have opted to get together for a shared experience in lieu of gifts.

If you’re part of the 41 per cent who worry about being the “Scrooge”, David Nicholson, Vice-President, Imperial Service, has several suggestions to keep spending in check: Use prepaid credit cards, make a spending list, and sit down with friends and family to discuss how you’ll weather the spending storm.

As Nicholson says, “No tradition is set in stone.”