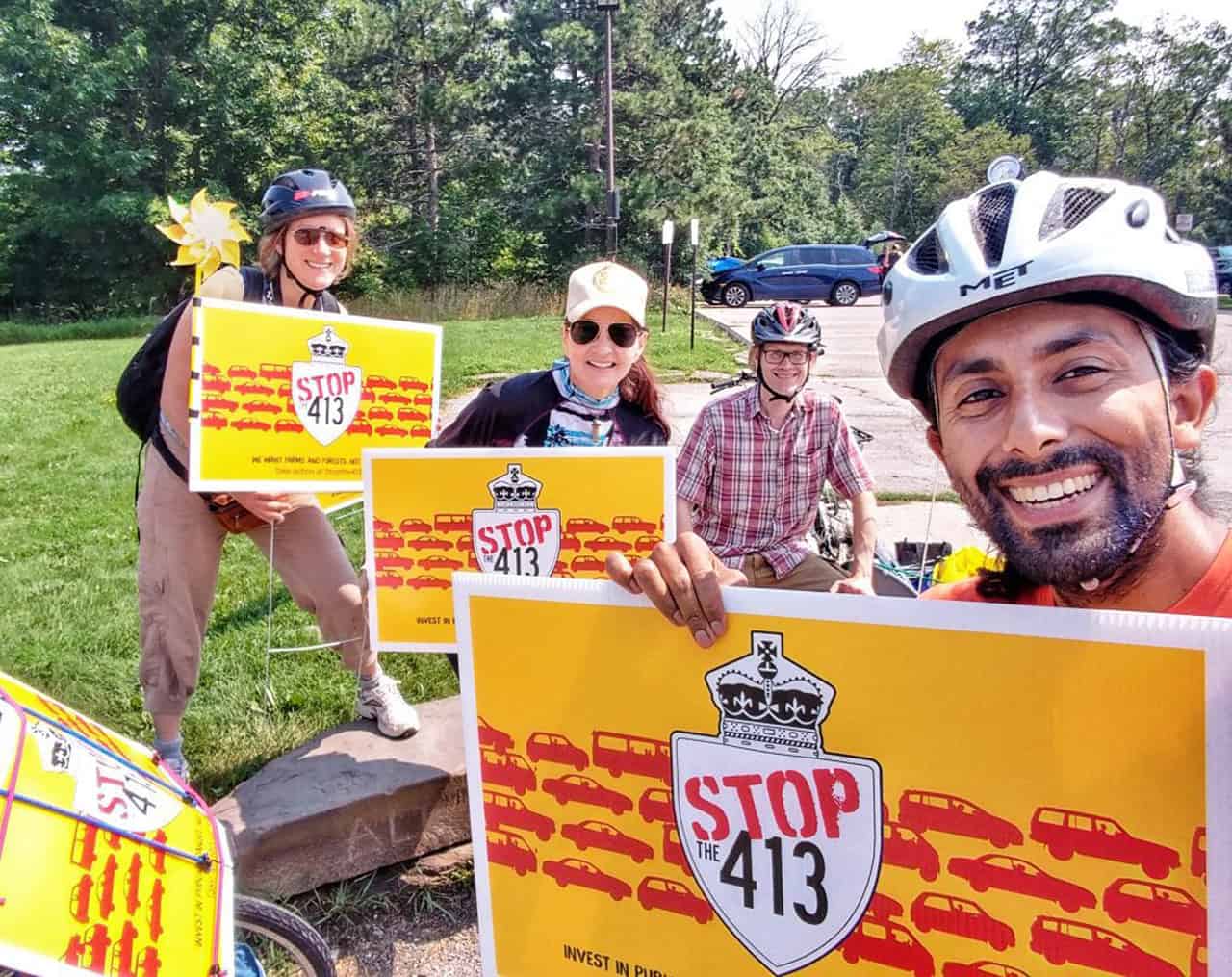 Hundreds of people are expected to join a protest of the proposed Hwy 413 in Brampton this weekend.

The event, called the Harvest Ontario Walk, is happening in Halton, Brampton, Caledon and Vaughan on Saturday (Oct. 1), according to Environmental Defence. Participants will walk along the proposed route of the controversial highway.

The proposed highway would be a 50-kilometre stretch of road connecting highways 400 and 407, cutting through part of Brampton and Caledon to connect the regions of York, Peel, and Halton. Protesters are concerned about the loss of  2,000 acres of farmland “that will be destroyed by this reckless project.”

Recently, Environmental Defence started a petition asking the federal government for a full-scale assessment of the project.

In Brampton, the five-kilometre walk starts at Lakeside Garden Gallery, 10753 Heart Lake Rd. at 10 a.m. and ends at the Brampton Fairgrounds.

Following the walk, music, dancing and a small farmer’s market is planned at the Brampton Fairgrounds at 11 a.m. with speeches and a raffle starting at 12:30 p.m.

Grassroots organizers in Grand(m)others Act to Save the Planet and Mississauga Climate Action have taken the lead in planning a walk. Ontario Green Party leader and MPP for Guelph, Mike Schreiner, is attending and will speak at the Brampton event.

A map shows protest events planned around the GTA with further details.

Schreiner says the $10 billion Highway 413 will pave over 2,000 acres of farmland, destroy 75 wetlands, pave over 400 acres of the Greenbelt, create 17.4m tonnes of emissions, and endanger 11 species already at risk.

But Brampton MPP Prabmeet Sarkaria wrote in an opinion column that the proposed Highway 413 would cut commute times for GTA drivers by 30 minutes each way. The GTA population is expected to increase by millions more people in the next decades making traffic congestion worse, Sarkaria wrote.