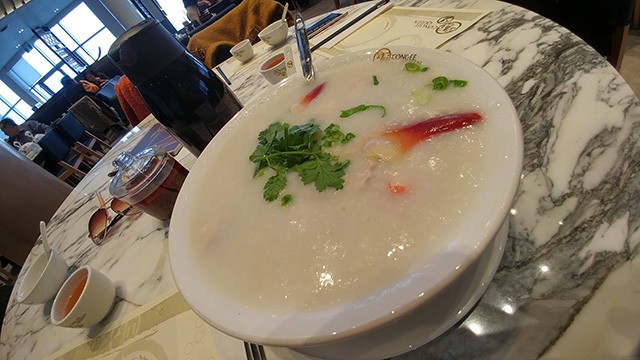 After months of waiting, a highly-anticipated (and massive) Asian restaurant has officially opened its doors in Mississauga.

Now, diners looking for classic Chinese comfort food can check out the spacious, chic and tasty Congee Queen in Heartland Town Centre–a resto that just opened up this week.

Congee Queen, which also operates locations in Thornhill, North York, Markham, Scarborough and a few other GTA neighbourhoods, is located right beside the newly opened Seafood City Supermarket on Boyer Blvd. And while the exterior is fairly striking, the interior blows it out of the water.

Boasting an elaborate domed ceiling and a modern navy blue colour palette (which is more chic than nautical, while still paying potentially unintentional homage to the brand’s impressive seafood offerings), the huge restaurant offers a plethora of gorgeous marble-top round tables (some with Lazy Susans), a Peking duck display and aquariums. 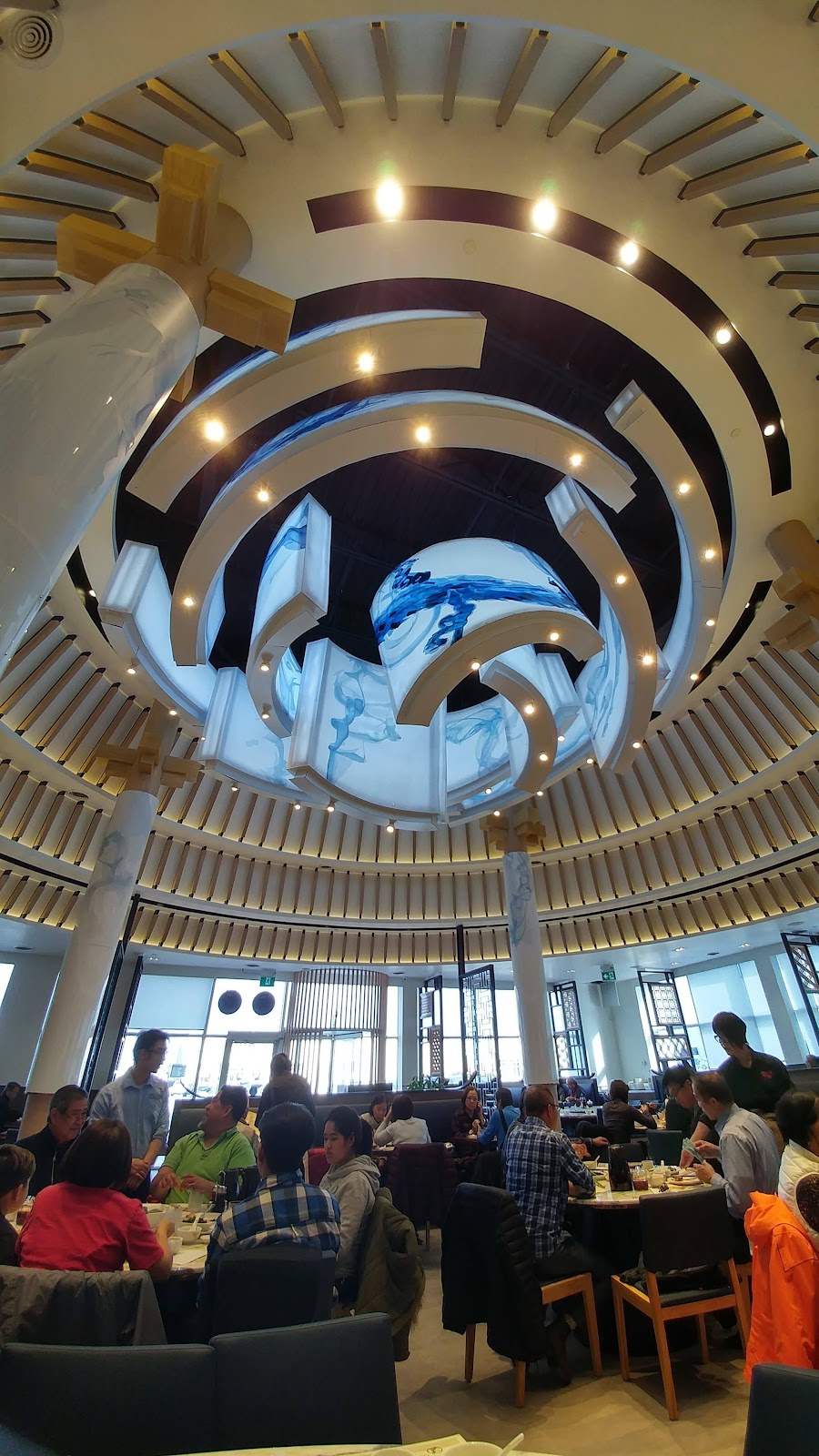 In terms of the food itself, the selection is incredible. The menu has to be at least 20 pages long and offers a massive range of congee options, rice noodle rolls, chow mein, lo mein, hot pot and rice dishes.

There’s also a takeout menu for those who want to take their hotpot or congee to go.

With a name like Congee Queen, the congee is obviously the main event and the menu doesn’t disappoint.

As for what dishes are most worth trying, the house super bowl congee is a must. The bowl, which is massive and ideal for sharing (even three of us couldn’t barely put a dent in it), is full of tiger shrimp, salmon, scallops, grouper and more. The fish is tender and the congee is subtle but flavourful–perfect for a breakfast, lunch or dinner on a cold day. 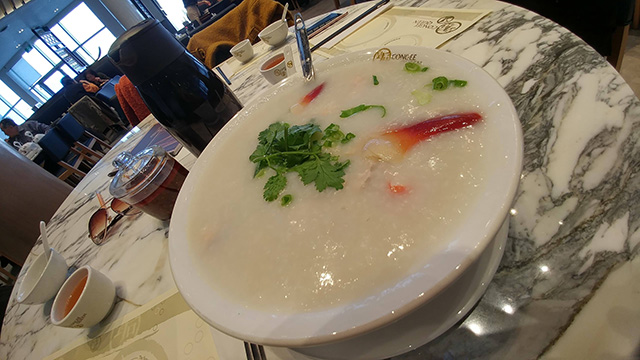 Another dish worth trying is the garoupa (grouper) and fried bean curd hotpot dish, which offers staggeringly huge chunks of bean curd (ideal for tofu lovers) and sizeable chunks of fish (which do contain small bones, so beware). 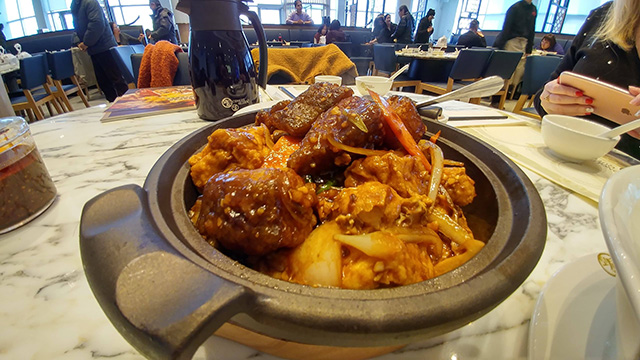 Fish lovers might also want to check out the deep fried sea bass with broccoli, as the fish chunks are generous and the sauce is subtle yet flavourful. 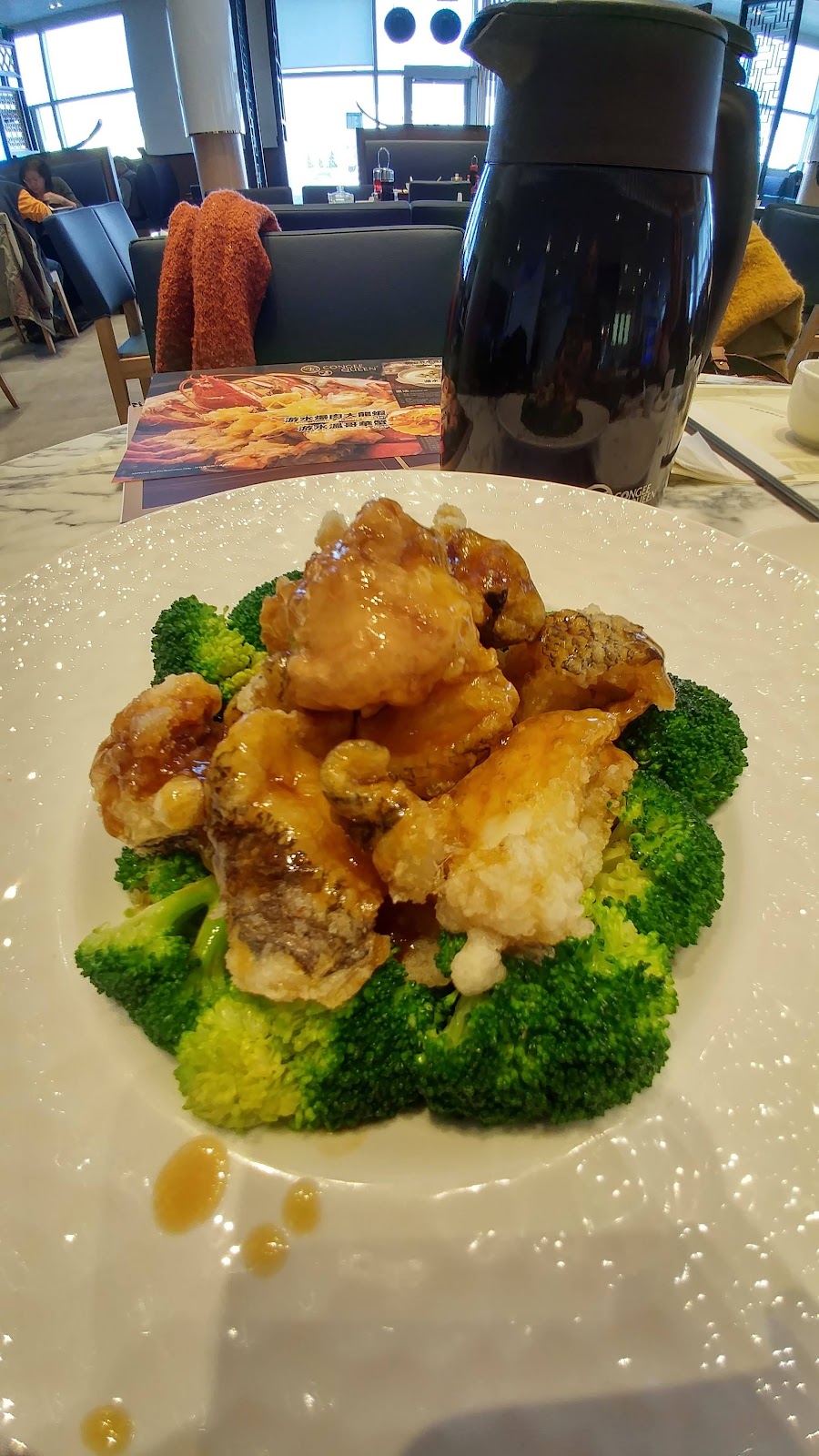 As far as price goes, the dishes are mid-range in terms of cost, but the portion sizes make some items a deal (as we said, the house super bowl congee can easily feed three or four people).

Although it’s early to say for certain, we expect this place to get pretty busy on the weekends, so come by one afternoon to check out Mississauga’s newest congee hot spot if you’re not all that into lines.

Attention, Square One shoppers: Canada's third-largest mall (and other malls) is open today