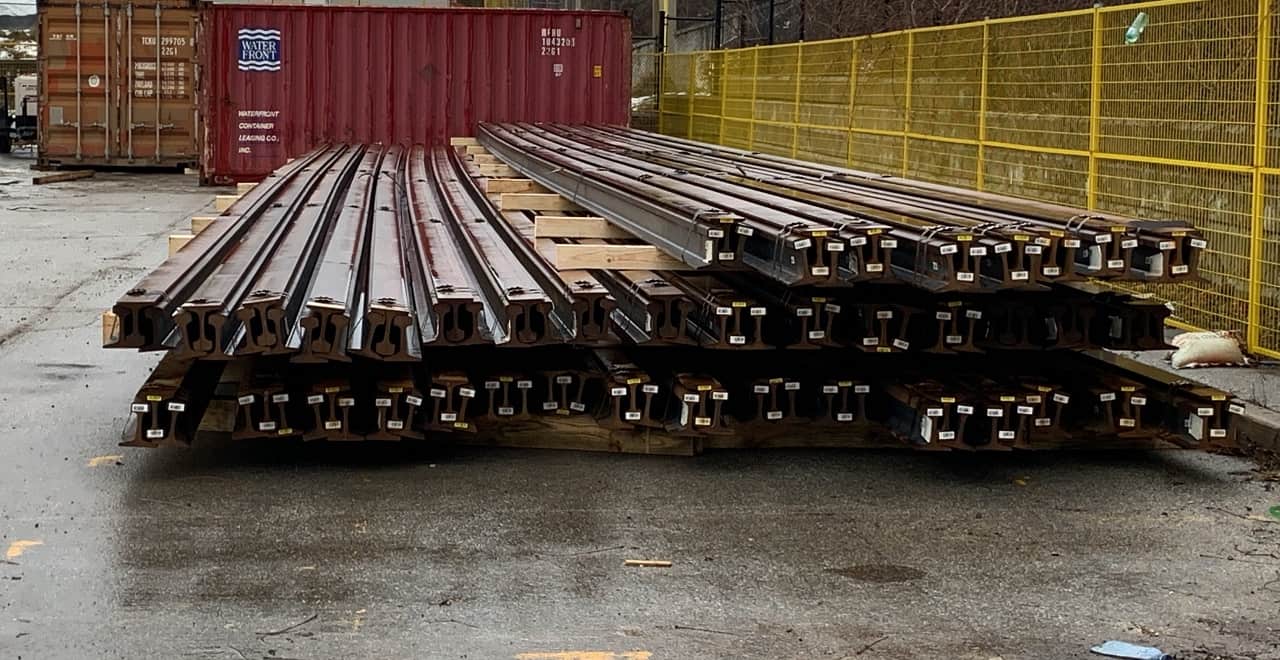 The first deliveries of some 9,000 metres of track for the Hurontario LRT project arrived in Cooksville this week. (Photo: Metrolinx)

The Mississauga-Brampton Hurontario light rail transit (LRT) project is moving along right on track with a huge delivery this week of rail line.

In December, more than 3,000 metres of rail was delivered to the project’s Operations, Maintenance and Storage Facility in Brampton.

These are the first of many deliveries that will eventually total 89 kilometres of rail, weighing some 5,000 metric tonnes. 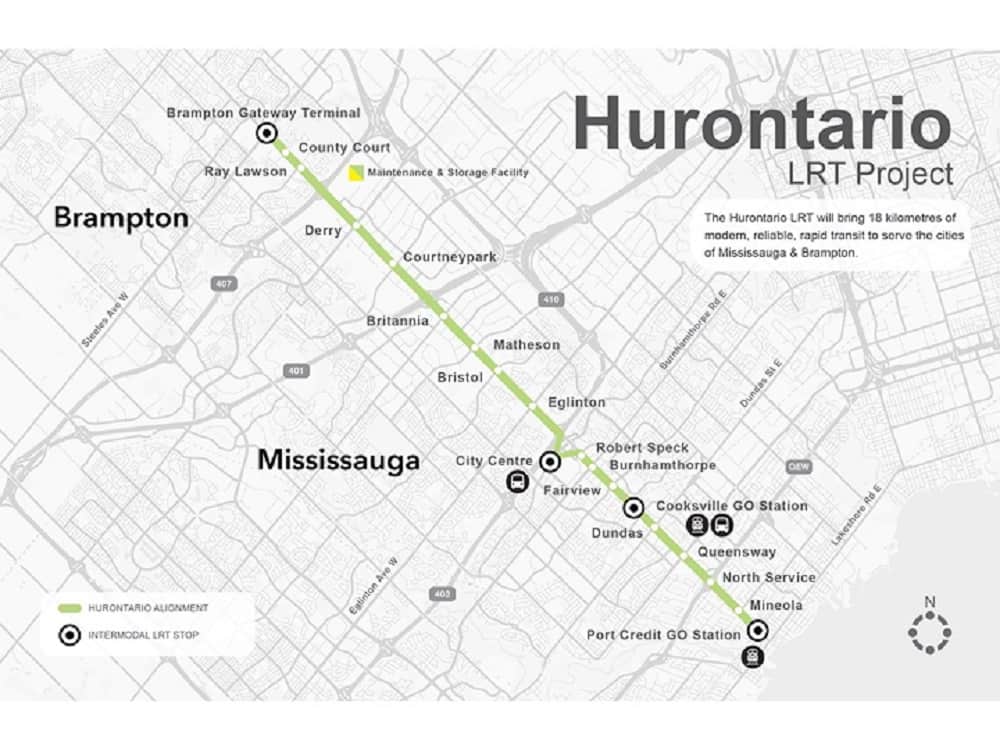 Officials with Metrolinx, the agency overseeing the huge undertaking, say the latest rail delivery to Cooksville will come in 360 pieces of grooved track, each 25 metres in length.

Deliveries will continue throughout the better part of January, Metrolinx says.

They note the grooved rail offers another layer of protection against derailing.

“It’s all about the physics of how the light rail vehicles will travel on the line,” a Metrolinx official said in a release today.

When completed in fall 2024, the Hurontario LRT will move passengers from Port Credit GO station north into Brampton, with 19 stops along the way.

It will link to GO stations at Port Credit and Cooksville, the Mississauga Transitway, Square One GO Bus Terminal, Brampton Gateway Terminal, and key MiWay and Brampton Transit routes. 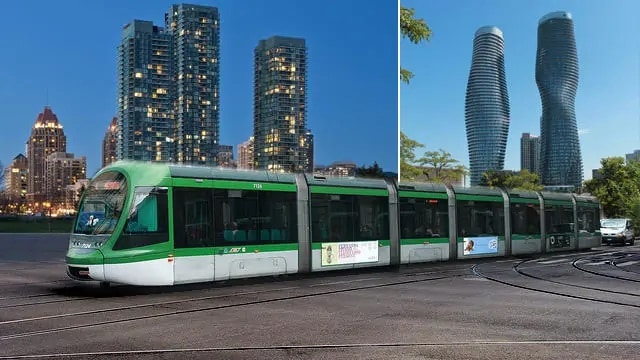 Metrolinx, which is responsible for public transit projects across the Golden Horseshoe, recently created a two-minute video to show progress made during 2021 on three of its major projects: