Houses Prices Have Fallen Almost Five Per Cent in Mississauga 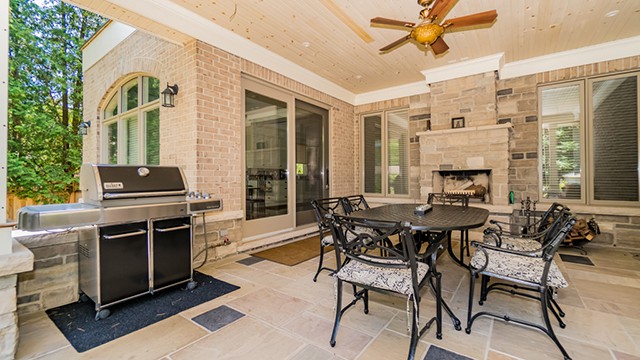 For the first time in a long time, we have some good–perhaps moderately so–news for prospective homebuyers in Mississauga.

Although recent data indicates home sales are declining in the GTA and Greater Golden Horseshoe Area, it does appear that more inventory is hitting the market and that prices are finally coming down–particularly in the low-rise home (detached, semi-detached and town) category.

Alex Ocsai, a Broker/Owner with Royal LePage Meadowtowne Realty who operates offices in Mississauga, Milton, Georgetown, Acton and Erin, says the absolute feeding frenzy that overtook the Mississauga market in the winter and early spring is winding down.

So, what could be driving prices down?

A number of factors are contributing to the slight (but no doubt relieving, especially for homebuyers) decrease, but a significant contributor is a recent influx in inventory.

“In March, there were 1,566 listings in Mississauga,” he says. “Now, there are 2,592 homes on the market. There are 65 per cent more listings than there were in March. In a lot of ways, that explains the slight falling off in prices from March to May.”

“There wasn’t much to look at [at the time],” he says. “Now, between people who jumped on bandwagon in May and people who decided to enter the market, that’s created inventory.”

“Hitting the high prices in March stimulated a lot of that, people knew it wouldn’t last forever,” says Ocsai, who also pointed out that proposed legislation by the government–such as the proposal to impose a 15 per cent foreign buyer’s tax to limit speculative buying–might have sparked some hesitation to hold onto properties indefinitely.

“There may have been some good points within their plan, but people generally don’t like government involvement in the market,” he says.

Now that inventory is a little more robust, a major question remains: where are prices sitting right now.

According to Ocsai, detached homes are still sitting at the $1 million mark and condos are growing in value.

Here’s a look at the specifics:

“The two biggest movers are detached and condos,” he says. “Those are the two areas of the market that are moving.”

The movement in the condo segment is interesting, especially when considering all the warnings that rampant condo construction–and Mississauga accounts for the largest share of condos after Toronto in the GTHA area–would oversaturate the market and lead to plummeting prices.

Now, the fastest-growing housing segment in the city is gaining in value. As for why, it might be because condos are more affordable than low-rise home types, particularly detached houses.

Ocsai also credits the growth in the market with new mortgage lending rules that ensure borrowers aren’t over-extending themselves on homes that stretch their budgets.

“People looking for low-rise, we see them getting pushed into the condo market and that’s traditionally where first time buyers would start,” says Ocsai. “We saw a trend of people skipping condos because of low interest rates, so we’re going back to that.”

But while mortgage lending rules are stricter, interest rates have stayed low and borrowing isn’t terribly difficult as a result. Since well over a dozen new condo projects have been approved in Mississauga, the segment should remain attractive to buyers going forward.

While Inventory is getting better, some are wondering if the market will stay robust into the summer. Fortunately for buyers, Ocsai thinks it will.

“We’ll have higher amount of housing going into the summer. The next push in inventory will be in September for people who want to move by Christmas. I think our inventory problem is over.”

Now that buyers have more options, the days of overbidding on a house with no conditions (no home inspection, no financing conditions, etc.) appear to be over.

“People can include conditions with inspections,” Ocsai says. “Many people bought without inspections or conditions and that’s not healthy for the market. That’s all back now.”

But while things have cooled, Ocsai says some sellers are still receiving multiple offers.

“Are there still multiple offers? Absolutely. Premium houses in desirable neighbourhoods are still seeing that, but not to the extent it was happening before. People can sleep on it and major overbids are not common now.”

Ocsai says one of the biggest changes is the retreat of speculators (buyers who purchase homes, leave them vacant, and then put them back on the market to turn a profit).

“The biggest change is that the speculators are out of the market right now. They’re not value-adders, they’re not renovating or creating rentals. They’re buying, holding and putting back on the market. As far as we’re concerned, that doesn’t create any value.”

Ocsai says speculators are likely less active now because they’re unsure how much they’ll make going forward, as prices aren’t what they were.

“They’re not sure. There hasn’t been any direct impact on the marketplace from the government plans, but people aren’t as sure.”

Going into the summer, many are wondering if prices will continue to drop or if the dreaded “housing bubble” is ready to pop.

While it’s hard–no, impossible–to predict the future, experts (including Ocsai) don’t appear to believe a crash is imminent.

“I think we’ve already felt [the drop],” he says. “We had a five per cent drop in a short period of time. There may be another point or two decline. If there was a massive change to the economy, sure, but that doesn’t seem to be happening. People might buy more now if they find out that interest rates are about to go up and I think there could be more competitiveness in the mortgage market.”

As far as foreign ownership goes, Ocsai says there’s no hard data on how many Mississauga properties are owned by people who live outside the country. That said, he agrees that there is foreign interest in Mississauga real estate and that, even if it has increased in light of new rules in Vancouver, it’s always been there.

“Overseas interest is very difficult to track,” he says. “There seemed to be more excitement in the marketplace for people from elsewhere, but that’s been steady in Mississauga due to UTM. People buy for family members who are living here and Mississauga has a ton to offer.”

So, where is the market now?

“I think the message that we’re feeling is that we’re coming into balance. Our days on market have increased a little, it’s gone from 8 to 11 or so days on the market, so houses sit for about 25 per cent longer. People have the chance to enjoy a normalized market. We’re feeling good about it.”