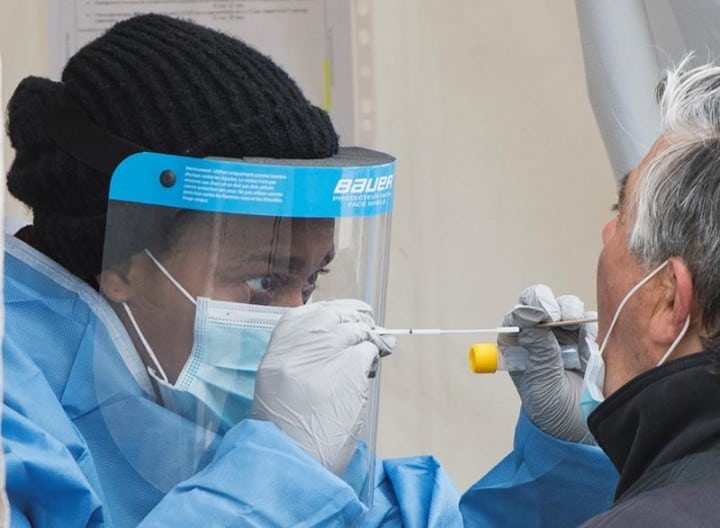 A union representing Ontario’s hospital workers says it has concerns about the safety of the province’s plan to expand COVID-19 testing to pharmacies, as Premier Doug Ford pushed Friday to start the program later next week.

Ontario is expected in the coming days to unveil a plan to grant community pharmacies the ability to test for COVID-19 as it grapples with hours-long waits at some of the province’s 148 assessment centres.

Ford said last week he has been in discussions with groups that represents pharmacists and the major retailers that own Shoppers Drug Mart and Rexall.

But the president of the Council of Hospital Unions, a branch of the Canadian Union of Public Employees, said the plan could bring people with the virus in contact with vulnerable seniors or other medically compromised people.

“Sending the public to a pharmacy and mingling with people who fear that they have COVID-19, and may be symptomatic … seems to me to be unwise and potentially not very safe,” Michael Hurley said.

Ford has said the plan would involve sending asymptomatic people to pharmacies for testing, while individuals with symptoms would continue to be referred to assessment centres.

The premier said the plan would help relieve the pressure on assessment centres as the return to schools fuels the desire for more testing.

“We have the pharmacies coming on-board,” Ford said Friday. “Hopefully by this time next week we’ll have numerous pharmacies out there helping out the system.”

Hurley said expanding current assessment centres, which follow strict protocols and are staffed by doctors and nurses, would be a safer plan.

“There is a level of staff skill which I would argue is not available in a pharmacy,” Hurley said.

NDP Leader Andrea Horwath said Friday that she too has concerns about the strategy, saying the government should have predicted the surge in demand for testing with schools reopening.

“People are going to be afraid to go into those pharmacies for fear of being exposed to COVID-19,” Horwath said. “Asymptomatic people can still spread COVID-19.”

The chair of the Ontario Pharmacists Association said members of that group are ready to help expand safe access to testing of asymptomatic individuals.

Jen Baker, a pharmacist from a community near Kingston, Ont., said pharmacies will complete advance screenings by phone to ensure symptomatic people are referred to assessment centres run by hospitals.

They will also follow strict infection control and cleaning procedures to ensure safety.

“Ultimately, we’ll be using the best practices to screen and there will be infection control protocols that are in place at pharmacies in the instance that someone does come back as a positive test,” she said, adding that the protocols will be developed in co-operation with the Ministry of Health.

Baker said pharmacies across Ontario have already implemented new infection control measures to reopen during the pandemic, and further training and clear standards will be set for staff.

While COVID-19 testing might be new for pharmacies, they are accustomed to providing vaccinations, including 1.4 million last year during flu season, she noted.

“We’re looking to work with the government to offer more access and increase the capacity of the system to ramp up testing,” she said.

Baker points to Alberta’s program of asymptomatic pharmacy testing, which started earlier this summer, as an example of how it can be done safely.

She said pharmacies would need funding to hire staff to provide the testing, and purchase personal protective equipment and testing supplies. The association is in active talks with the government on that front, she said.

The program would likely launch with a small pilot and be strictly opt-in for pharmacies, she said.