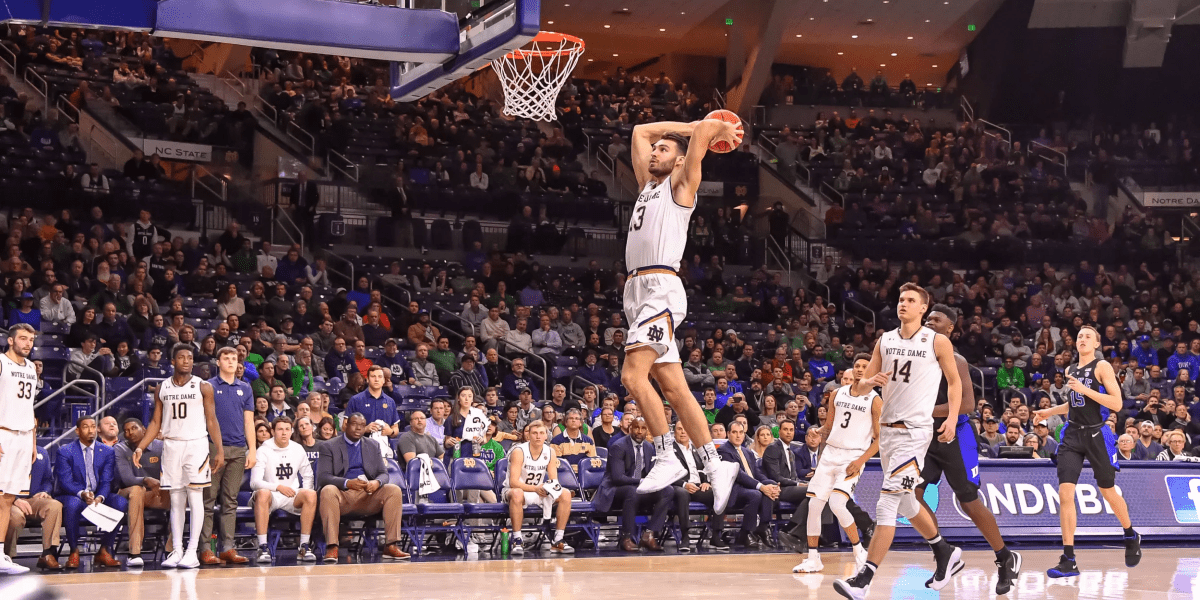 Djogo led Saltfleet Secondary School to an AAA OFSAA Championship in his sophomore year, averaging 18 points, 10 rebounds and seven assists. He transferred to Athlete Institute in Mono, Ontario prior to his senior year and helped the basketball team to the inaugural OSBA Championship in 2016 before committing to the University of Notre Dame.

“Nikola has great size and can play multiple positions on the floor. He can make reads in pick and roll situations and is a proven three-point shooter at the collegiate level,” said Honey Badgers general manager Jermaine Anderson. “Even though Nikola is young, he is a student of the game. We’re confident that he will have a positive impact on our team from day one.”

We have signed Hamilton’s own Nikola Djogo! 🔥🏀

The former @NDmbb and @GoNUmbasketball player is starting his pro career at home this summer! 🔨

The 6-foot-8 Djogo redshirted his 2016-17 season at Notre Dame. As a freshman, he became the first Canadian-born player to start a men’s basketball game for the Irish when he saw 34 minutes of action against Virginia Tech on Jan. 27, 2018. Unfortunately for Djogo, a torn labrum in his right shoulder limited his sophomore and junior seasons.

Djogo won the 2020 Notre Dame Team Irish Award and was named team captain for the 2020-21 season. He earned Atlantic Coast Conference Academic Honor Roll status in 2017, 2019, 2020, and 2021, graduating with a business degree in management consulting.

Djogo finished his playing career at Notre Dame having totalled 276 points, 213 rebounds and 1375 minutes in 102 contests.

Due to the COVID-19 pandemic, Djogo was granted an additional year of eligibility. During the 2021-22 season at Northeastern University, he finished his collegiate career, starting in 27 of 28 games for the Huskies. Djogo averaged 11.5 points, 5.6 rebounds, 1.8 assists and 31.4 minutes per game.

The Honey Badgers tip off the fourth Canadian Elite Basketball League season on May 25, when the expansion Montreal Alliance visit FirstOntario Centre.