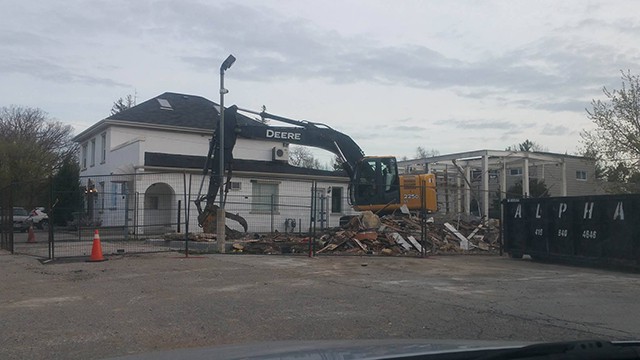 Although change is common, it can be hard and some residents are grumbling after the demolition of the old Auld’s Butcher Shop in the Clarkson neighbourhood in Mississauga. 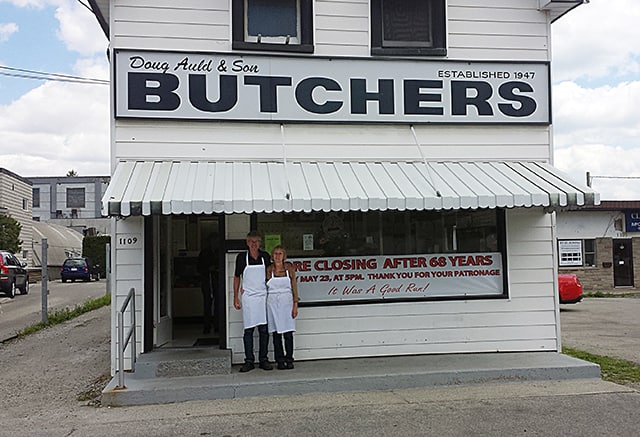 Last week, the property that once housed the shop (which closed after 68 years in business in 2015), was demolished to make way for this development. An application has been submitted to the city to develop a mixed-use space with 136 three-storey, back to back stacked townhouse units and two three-storey commercial units. 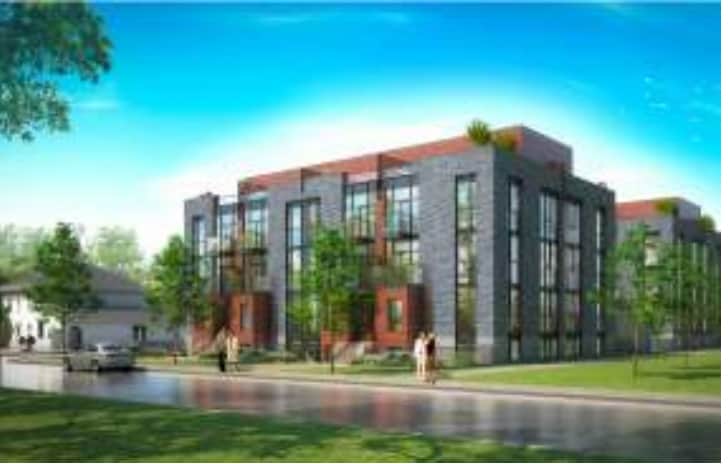 Although the development has been controversial for some time, with some residents expressing concern about the removal of iconic heritage structures, the demolition caused extra discord among residents who claimed the property was levelled without a permit.

Now, it does appear that while the firm did have a demolish permit, it took the property down sooner than it was supposed to.

“The applicant had a demolish permit but demolished just a few days short of the 60 day notice period due to a clerical error,” explained Carley Smith-DeBenedictis, a senior communications advisor with the City of Mississauga.  “Notice was received by Heritage on March 2 but had a missing signature. All proper paperwork was submitted on March 6 which would have made the demolition date May 5 (following the 60 day notice period).”

Although the building had been unoccupied for sometime, the structure was indeed unique to the area. According to Heritage Mississauga, Doug Auld & Son Butchers, located at 1109 Clarkson Road North, first opened on Sept. 9, 1947. The shop was run by Doug Auld until his retirement in 1990 and then by his son, Bill (who who also since retired).

Heritage Mississauga notes that the shop building is one of the last remnants of the old “Clarkson’s Corners” which centred around Clarkson Road North and the Great Western Railway.

The historical organization says that from 1913 until 1938, the building housed the Merchant Bank of Canada (which became part of the Bank of Montreal in 1916). The building itself might be older, possibly having been built by Henry Clarkson in the 1870s. 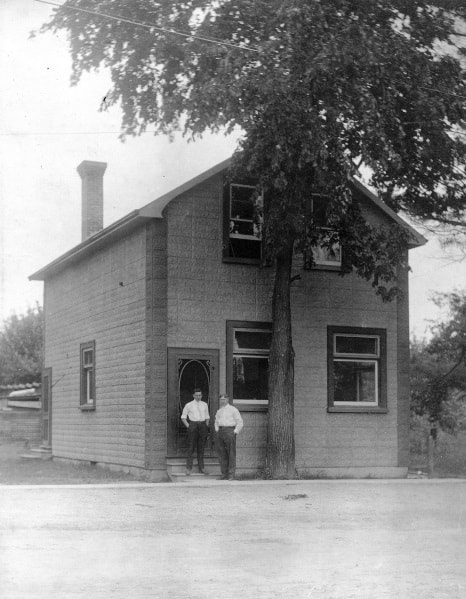 Because of the age of the structures in the area, the proposed development has been contentious.

Back in March, the applicant (KFA Architects) appeared at a Planning and Development Committee meeting to talk to Mississauga city officials to see if some compromises could be reached.

Some residents were on hand to express concerns, including:

As for whether or not the firm will face repercussions for demolishing the property too soon, the city says that no fines will be levied and steps will be taken to ensure no such mistake happens again.

“[There will be] no fines,” says Smith-DeBenedictis. “Appropriate action has been taken to ensure protocols are strictly followed and this situation is not repeated.”

The project is currently before the Ontario Municipal Board.

We’ll keep you posted on further updates regarding the development.