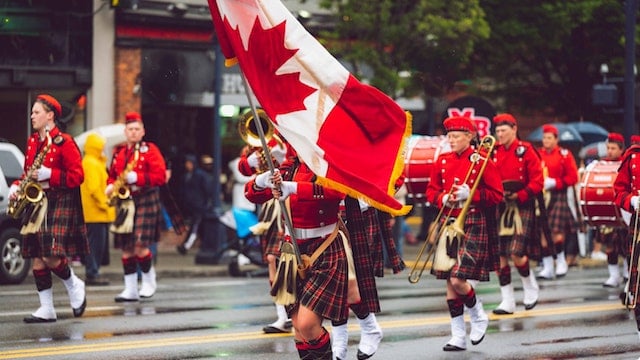 Do you live Canada’s national anthem?

A study commissioned by Calm and led by Professor of Sleep Science and Director of the Sleep Research Laboratory Dr. Jason Ellis has listed the top most inspiring and calming anthems in the world.

According to Calm, the study’s 40 participants listened to the anthems just before bed and their responses were recorded in “sleep diaries.” The study measured the effect on “Pre-Sleep Arousal Levels” of listening to each anthem before bed – minus the lyrics. The anthems with the highest arousal scores were the most rousing or stirring and the ones with the least were the most calming.

The study found that the European Union’s (EU) anthem, known as the “Ode to Joy” is the most relaxing anthem. With Britain’s “God Save The Queen,” France’s “La Marseillaise”, Scotland’s “Flower of Scotland” and Australia’s “Advance Australia Fair” to follow.

America’s “The Star-Spangled Banner” was listed as the most rousing or inspiring anthem.

However, many Canadians would not believe that our O Canada was listed as the third most inspiring anthem in the world. “O Canada”, Canada’s anthem was also ranked the seventh “most calming” anthem.

“Although this is a stately piece, the harmonic structure of the music heightens our sense of anticipation: the music modulates to new tonal areas, perhaps creating a tension response as we wait for the triumphant return to the home key,” says Dr Freya Bailes, associate professor in Music Psychology at the University of Leeds.

Do you think Canada’s anthem is one of the most inspiring anthems in the world?