For the past few years, many people have wondered aloud if crime is on the rise in Mississauga and the GTA. This question has likely been spurred not by a significant, bona fide uptick in crime, but by increased around the clock reporting on criminal incidents.

But benefits and detriments of the 24-hour news cycle aside, crime is a concern in urban centres and most residents are anxious to find out where their city or region ranks when it comes to criminal activity in Canada.

Macleans recently released its ranking of Canada’s Most Dangerous Places for 2018 and the list indicates that the Region of Peel (which contains Mississauga, Brampton and Caledon) sits at 170 on the list of 229 regions and cities.

So while most people would likely prefer Peel to rank lower, most should take comfort in the fact that it’s not even in the top 100 when it comes to Canada’s more dangerous cities.

It’s also important to note that crime in Canada has generally declined year-over-year.

Macleans points out that, over the past decade, the crime rate in Canada has decreased by a substantial and encouraging 25 per cent.

“Since 1998, the earliest data available, crime has been cut by a third. In 2016 the crime rate across the country sat at 5,904 incidents per 100,000 people—that’s the second lowest rate recorded by Statistics Canada,” says Macleans writer Mark Brown.

That said, Brown adds that the severity of the crimes committed in Canada is on the rise.

“Although the crime severity index, the measure of all police-reported crime that takes into consideration both the volume and the seriousness of the crime, touched a low of 66 in 2013, it has been creeping higher ever since,” he writes.

So, what are the top 10 most dangerous cities in Canada?

Surprisingly, they’re not Toronto (124), Montreal (97) or Vancouver (35)—the country’s largest and arguably most well-known urban centres. 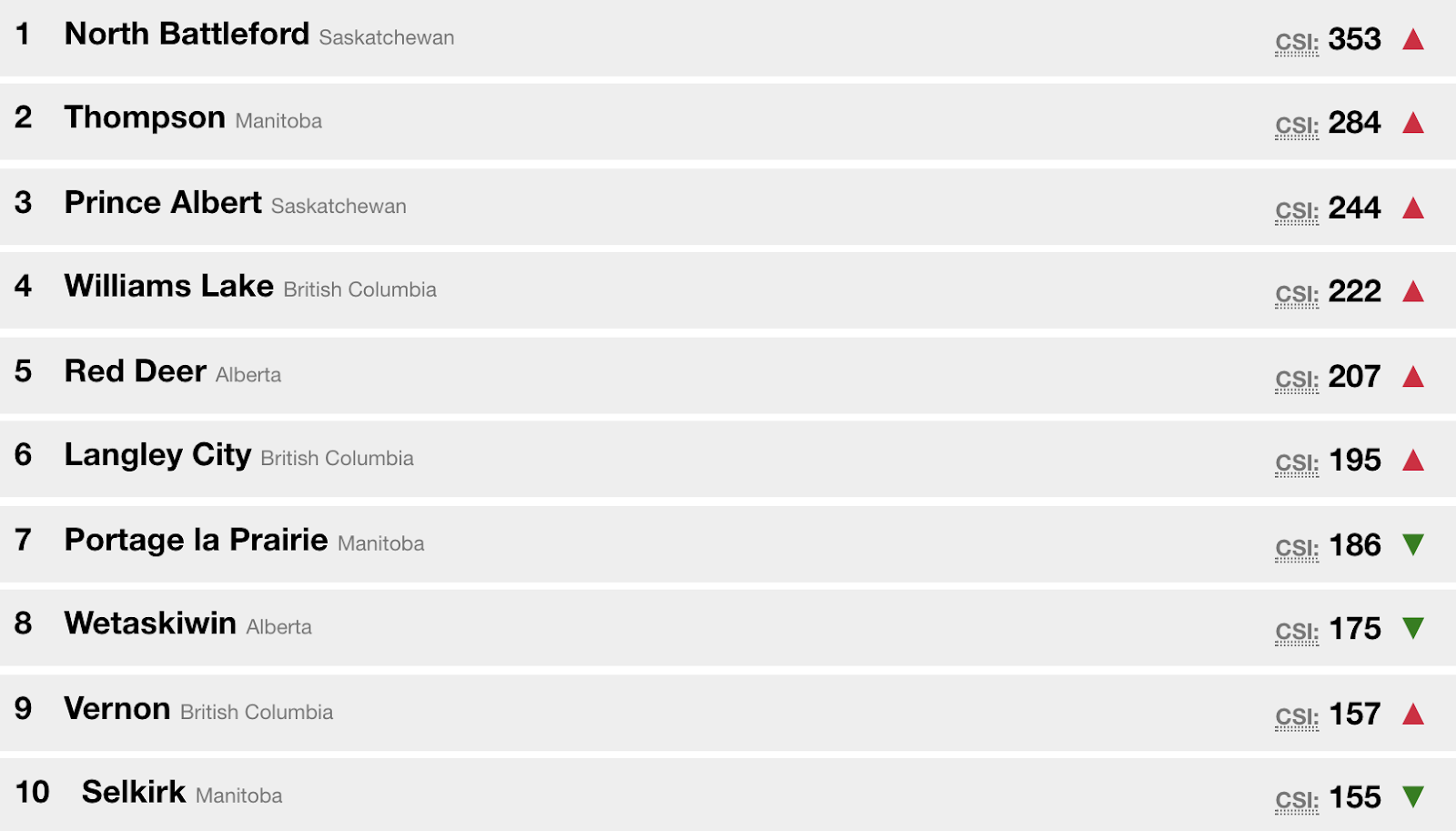 Oddly enough, the bottom of the list is dominated by western Canada. Ontario doesn’t make an appearance until Temiskaming hits the list at 25 and Quebec is nowhere to be found until Montreal comes in at 97.

As for the crimes themselves, the list looks at such serious crimes as homicide, assault, sexual assault, firearm-related offences, robbery, breaking and entering, fraud and more.

Here’s the breakdown for Peel:

According to the data, which is from 2016 (the latest available) and was released in 2017, homicides were down (there were 11 in total in 2016) and assaults were up (2,801 total). In good news, sexual assault and firearm-related offences were down as well—as were impaired driving and illegal drug trafficking incidents.

Robberies, however, appear to have increased—as have crimes committed by youths.

Still, the numbers might come as a relief to those who believe all crimes are rising year-over-year.