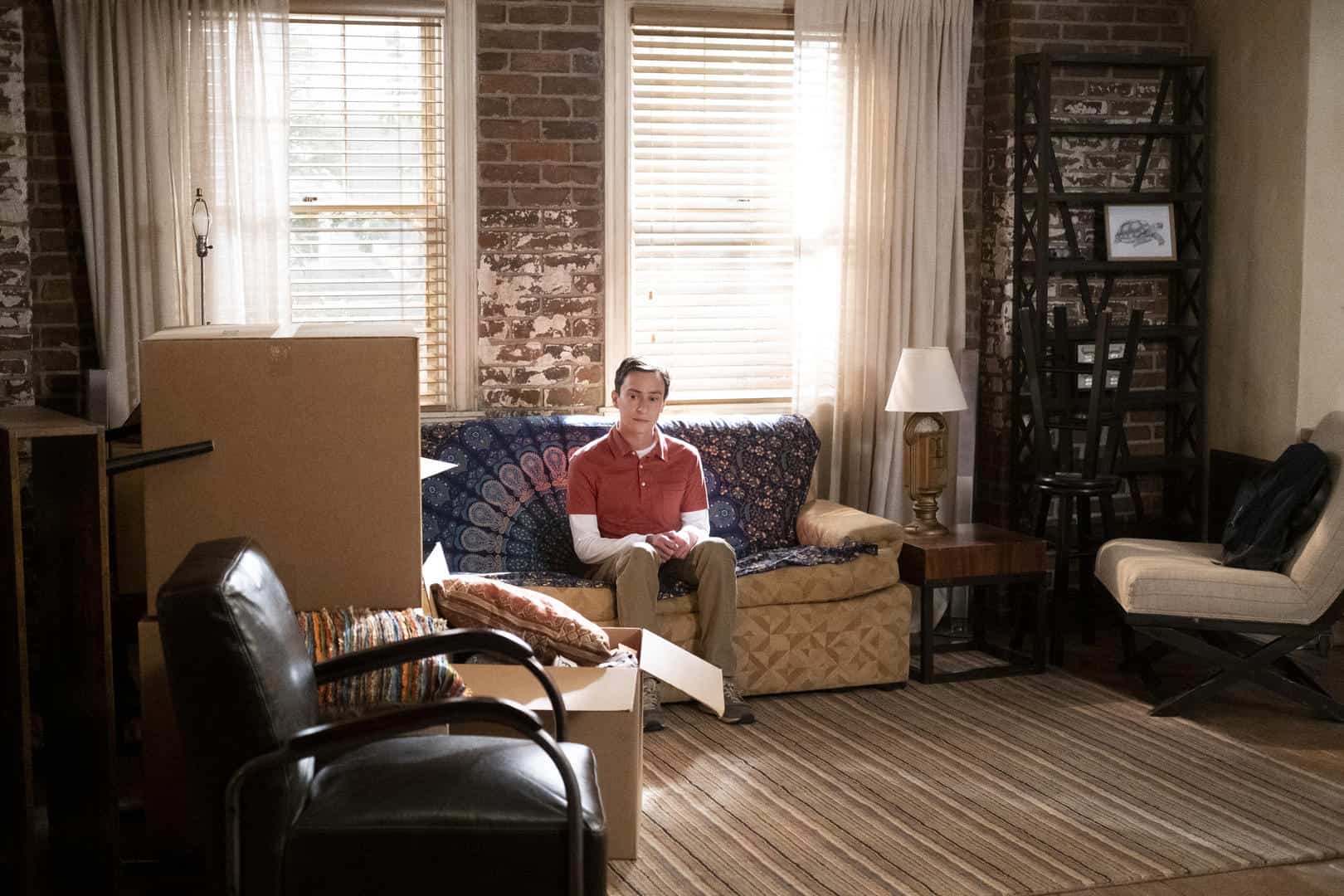 While the Province is starting to reopen certain businesses and amenities, some are concerned about the prevalence of variants of the COVID-19 virus and aren’t ready to go back to normal just yet.

For those who aren’t ready, there’s good news—more TV shows and movies are coming to Netflix.

This is everything come to and leaving Netflix Canada in July.

Audible — NETFLIX DOCUMENTARY
Amaree Mckenstry-Hall and his teammates at Maryland School for the Deaf pursue success in football while coping with personal struggles and tragedy.

Dynasty Warriors — NETFLIX FILM
Warlords, warriors and statesmen wage a battle for supremacy in this fantasy tale based on the hit video games and the “Romance of the Three Kingdoms.”

Generation 56k — NETFLIX SERIES
Having formed a bond during the 56K modem era, Matilda and Daniel meet again by chance two decades later. Can their friendship turn into something else?

I’ll See You in My Dreams

Spy Kids: All the Time in the World

Tom and Jerry: The Movie

Up in the Air

War of the Worlds

The 8th Night — NETFLIX FILM
With prayer beads in one hand and an ax in the other, a monk hunts down a millennia-old spirit that’s possessing humans and unleashing hell on Earth.

Fear Street Part 1: 1994 — NETFLIX FILM
After a series of brutal slayings, a teen and her friends take on an evil force that’s plagued their notorious town for centuries. Welcome to Shadyside.

Haseen Dillruba — NETFLIX FILM
Under investigation as a suspect in her husband’s murder, a wife reveals details of their thorny marriage that seem to only further blur the truth.

Mortel: Season 2 — NETFLIX SERIES
When Obé returns — in a startling new form — and begins to raise an army of followers at the school, Sofiane, Victor and Luisa race to stop a disaster.

Now You See Me

We The People — NETFLIX FAMILY
Learn the basics of rights and citizenship with upbeat songs by popular artists like Janelle Monáe, H.E.R., Adam Lambert, Brandi Carlile and more.

You Are My Spring — NETFLIX SERIES
A hotel concierge and a psychiatrist with traumatic childhoods form a heartfelt bond when they become entangled in a perplexing local murder case.

I Think You Should Leave with Tim Robinson: Season 2 — NETFLIX COMEDY SPECIAL
The critically acclaimed and hilariously absurdist sketch comedy series, I Think You Should Leave with Tim Robinson returns for a second season. Creators and writers Tim Robinson and Zach Kanin bring their distinct comedy style and observational humor to the forefront, continuing to poke fun at life’s most bizarre and mundane situations.
Akiva Schaffer, Andy Samberg, and Jorma Taccone (The Lonely Island) and Ali Bell for Party Over Here serve as executive producers alongside Alex Bach and Dan Powell for Irony Point. Alice Mathias serves as executive producer and directed most sketches alongside Zach Kanin.

Cat People — NETFLIX DOCUMENTARY
Cat people come in all shapes and sizes, but they share a love for their enchanting, unique feline friends. This docuseries reveals their tales.

Dogs: Season 2 — NETFLIX DOCUMENTARY
Their love for dogs — and their dogs’ love for them — becomes a lifeline for an astronaut, a Brazilian priest, a college mascot’s caregiver and more.

The Mire: ’97 — NETFLIX SERIES
The flood of the century unearths another body in Gronty forest and with it comes corruption, scams from the ’90s and long-hidden secrets from WWII.

Major Grom: Plague Doctor — NETFLIX FILM
When a masked vigilante’s killing spree throws a city into chaos, a renegade detective and his rookie partner are the only ones who can stop it.

The War Next-door — NETFLIX SERIES
After winning a house in a raffle, the humble but loving López family moves to a posh neighborhood, where the snobby Espinozas give them a cold welcome.

Elize Matsunaga: Once Upon a Crime — NETFLIX DOCUMENTARY
The crime shocked Brazil: Elize Matsunaga shot and dismembered her rich husband. Featuring her first interview, this docuseries dives deep into the case.

RESIDENT EVIL: Infinite Darkness — NETFLIX ANIME
Years after the horrors of Raccoon City, Leon and Claire find themselves consumed by a dark conspiracy when a viral attack ravages the White House.

Atypical: Season 4 — NETFLIX SERIES
With Casey and Sam both on the cusp of leaving the nest, each member of the Gardner family faces big decisions about where life will go next.

Biohackers: Season 2 — NETFLIX SERIES
Missing time and disturbing visions haunt Mia as she races to piece together the sudden changes in her life — and why she can’t remember any of them.

The Cook of Castamar — NETFLIX SERIES
In 1720 Madrid, a talented cook catches the eye of a widowed duke just as he returns to aristocratic society. Based on the novel by Fernando J. Múñez.

Fear Street Part 2: 1978 — NETFLIX FILM
In the cursed town of Shadyside, a killer’s murder spree terrorizes Camp Nightwing and turns a summer of fun into a gruesome fight for survival.

How I Became a Superhero — NETFLIX FILM
In a world where humans and superheroes coexist, a lone wolf cop teams up with a bright detective to dismantle a dark plot to extract superpowers.

Last Summer — NETFLIX FILM
During summer vacation in a beachside town, 16-year-old Deniz seeks the affection of his childhood crush and navigates a love triangle.

Virgin River: Season 3 — NETFLIX SERIES
Mel and her loved ones in Virgin River support each other while facing all sorts of troubles: death, a fire, custody arguments, breakups and more.

A Classic Horror Story — NETFLIX FILM
In this gruesome suspense film, strangers traveling in southern Italy become stranded in the woods, where they must fight desperately to get out alive.

Gunpowder Milkshake — NETFLIX FILM
Three generations of women fight back against those who could take everything from them in the mother of all action movies.

Heist — NETFLIX DOCUMENTARY
From Dirty Robber—the producers behind 2021’s Oscar-winning Best Short Film Two Distant Strangers—and Emmy nominated director Derek Doneen, comes a new Netflix documentary series chronicling three of the biggest heists in modern American history, as explained by the people who pulled them off.
A 21-year-old woman steals millions in Vegas casino cash. An aspiring father swipes a fortune from the Miami airport… and uses TV shows to learn how to get away with it. A Kentucky dad is accused of one of the biggest bourbon burglaries in history. Using dynamic reenactments, original interviews, and a fast-paced style that fits perfectly into the cinematic canon alongside films like Ocean’s Eleven and Catch Me If You Can, directors Derek Doneen (The Price of Free), Martin Desmond Roe (Two Distant Strangers), and Nick Frew (We Are the Champions) each take the helm of a single heist, told over two episodes.

My Unorthodox Life — NETFLIX SERIES
Follow Julia Haart, Elite World Group CEO and a former member of an ultra-Orthodox Jewish community, and her adult kids in this reality series.

Private Network: Who Killed Manuel Buendía? — NETFLIX DOCUMENTARY
A deep dive into the work of renowned Mexican journalist Manuel Buendía looks to unravel his murder and the ties between politics and drug trafficking.

A Perfect Fit — NETFLIX FILM
When fashion blogger Saski walks into a Bali store looking for the perfect shoes for a big event, she inadvertently alters her destiny.

Two unusually close friends share every aspect of their lives together but as their own worlds change and evolve, their bond remains the only constant.

Never Have I Ever: Season 2 — NETFLIX SERIES
A new love life, a new classmate and new reasons to bicker with mom give Devi plenty more ways to make courageous moves… and questionable decisions.

Deep — NETFLIX FILM
Four insomniac med school students are lured into a neuroscience experiment that spirals out of control – and must find a way out before it’s too late.

Fear Street Part 3: 1666 — NETFLIX FILM
Dark secrets. Unspeakable evil. The merciless world of 1666 holds the truth behind a powerful curse — and the key to one town’s future.

Johnny Test — NETFLIX FAMILY
How much trouble could one imaginative boy, his faithful dog and two science-loving sisters possibly get into? Hmm, that sounds like a challenge!

Van Helsing: Season 5 — NETFLIX SERIES
In the final season, the Van Helsings discover the roots of the Dark One, Vanessa languishes in the Dark Realm, and Dracula rules from the White House.

The Movies That Made Us: Season 2 — NETFLIX DOCUMENTARY
Get the real story behind the blockbusters that defined a generation. Actors, directors and industry insiders lead the way on entertaining deep dives.

Too Hot to Handle: Brazil — NETFLIX SERIES
Ten sizzling hot Brazilians meet at a dreamy beach resort. But for a shot at R$500,000, they’ll have to give up sex in this fun reality show.

Trollhunters: Rise of the Titans — NETFLIX FAMILY
Heroes from “Trollhunters,” “3Below” and “Wizards” join forces to fight a shadowy enemy threatening to take over their worlds — and reset Earth itself.

Words Bubble Up Like Soda Pop — NETFLIX ANIME
After meeting one bright, sunny day, a shy boy who expresses himself through haiku and a bubbly but self-conscious girl share a brief, magical summer.
Still Working 9 to 5

A Second Chance: Rivals! — NETFLIX FAMILY
In this sequel, after a grown-up Maddy gets injured and can’t qualify for the Olympics, she starts coaching a team of elite junior gymnasts as they go up against rival team

Bankrolled — NETFLIX FILM
Two directionless millennial bros get high and pitch a bold new social justice app that raises millions. Then they have to come up with the app.

Blood Red Sky — NETFLIX FILM
Flying with her young son, a mysteriously ill woman is forced to unleash a dark secret when terrorists attempt to hijack their transatlantic flight.

Kingdom: Ashin of the North — NETFLIX FILM
Tragedy, betrayal and a mysterious discovery fuel a woman’s vengeance for the loss of her tribe and family in this special episode of “Kingdom.”

The Last Letter From Your Lover — NETFLIX FILM
After finding a trove of love letters from the 1960s, a journalist sets out to solve the mystery of a secret affair. Based on the novel by Jojo Moyes.

Masters of the Universe: Revelation — NETFLIX SERIES
The war for Eternia begins again in what may be the final battle between He-Man and Skeletor. A new animated series from writer-director Kevin Smith.

Sky Rojo: Season 2 — NETFLIX SERIES
Adrenaline and action are back in the driver’s seat in the second season of “Sky Rojo,” from the creators of “Money Heist.”

Mighty Express: Season 4 — NETFLIX FAMILY
The adventure continues for a team of trains and their kid friends who overcome trouble on the tracks with quick thinking and teamwork!

Bartkowiak — NETFLIX FILM
After his brother dies in a car crash, a young MMA fighter takes over the family nightclub and soon learns that his sibling’s death wasn’t an accident.

The Snitch Cartel: Origins — NETFLIX SERIES
In Cali during the ’70s and ’80s, two brothers juggle family, romance and the joint pursuit of a burning ambition: to rule Colombia’s drug industry.