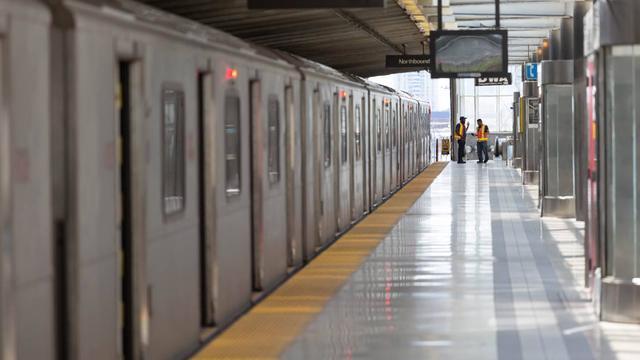 Last week there was a speech from Doug Ford’s Transportation Minister about the government’s commitment to extending TTC subway services out into the rest of the 905, including Mississauga and Brampton.

Although the minister’s comments were more focused on uploading TTC subway operations to the province as the priority, that has not stopped people from speculating what a subway to Mississauga may look like.

Case in point: a Reddit user named uarentme put together this elaborate fantasy subway map of what the Ford conceived ‘expanded subway’ could look like:

You can click here for a closer look at this map.

In previous maps, the destination for a subway into Peel has always been Square One via extending the Bloor-Danforth subway line after Kipling Station. But uarentme has taken things a step further, not only including a potential Square One station, but going into CourtneyPark and eventually, Brampton’s Shoppers World.

Shoppers World is also the home of the current Gateway Terminal for Brampton’s Zum bus system…and it’s also the future final stop at the north end of the Hurontario LRT.

Other stops that were added that include one on Queensway, presumbly near the Trillium Hospital in Mississauga, as well as to Richmond Hill and Oshawa. Strangely enough, this map does not include a Relief Line in the downtown area of Toronto.

Also, if you notice there are some funny names associated with specific subway lines. While the one to Brampton is dubbed simply “Bloor-Mississauga-Brampton” Line, Line 4 (or the Sheppard line) is called the “Rob Ford Memorial Line” and the one in Etobicoke is the “Kipling Gravy Train”.

I’m not sure if that was a term of endearment or criticism. But considering that the map creator left out the downtown relief line it was meant to be a nod to that familiar Ford position about ‘downtown elites’ getting all the benefits in the past.

In all seriousness, once actual money can be shown to make extending subway lines in the TTC viable, then perhaps people can start making maps that aren’t going to be taken in as fantastic imaginings.

What do you think of this idea of extending the subway to Mississauga?