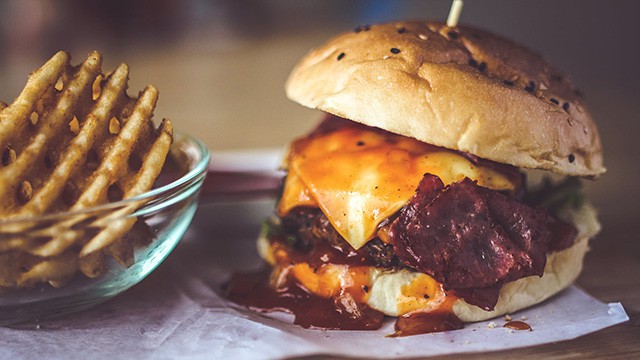 They’re apparently trading them in for more soy-based options.

Roughly 53 per cent of Canadians are eating meat alternatives, new research from market intelligence agency Mintel finds, and one in five (18 per cent) Canadians say they have them at least a few times a week.

But that doesn’t mean everyone’s going vegan: 5 per cent of Canadians identify as vegetarian, while 2 per cent eat vegan diets, research finds.

Canada accounted for 1.4 per cent of launches in the same time frame.

“Meat alternatives’ growing popularity is giving rise to innovation, and while new product development is currently low in Canada, the increase in global launch activity suggests there is opportunity to expand the category in the region given the fact that roughly half of Canadians claim to eat meat alternative products,” said Mintel’s associate director of Canada food and drink reports.

” In an effort to reach those consumers that are less open to eating meat alternatives, brands should focus on traditional product categories like burgers and poultry as an easy entry point, and a means to expand the category into areas such as hot dogs and deli meats.”

Price is also a barrier for some as one in five (20 per cent) say they don’t use meat alternatives because they’re too expensive, rising to more than one third (34per cent) of those aged 18-24.

Overall, 23 per cent of Canadians agree that meat alternatives are a sufficient substitute for meat and 16 per cent say they think these products taste as good as meat.

“There appears to be significant room to improve consumer perception of meat alternatives relative to meat,” said Gregoire.

For those who don’t eat meat alternatives, “blurring the line between meat and meat alternatives is crucial to winning over new converts. While few Canadians follow vegetarian or vegan diets, many do consume meatless products, suggesting that the true opportunity extends beyond those consumers who avoid meat, to those who love meat but may be looking for some healthy options. Meat alternatives that are indistinguishable from ‘real meat’ stand the best chance of realizing the category’s potential.”

Aside from mimicking the taste and texture of meat, consumers who eat meat alternatives are most likely to say protein content (40 per cent) is an important quality when buying meat alternatives.

And it seems consumers today are placing more focus on protein.

Canadians are more likely to use traditional sources of protein such as eggs (86 per cent), nuts (76 per cent), dairy-based offerings (75 per cent) and beans (71 per cent).

There appears to be a “burgeoning opportunity” for adventurous protein sources, too.

Canadians say they’re interested in trying pea protein (31 per cent), spirulina (26 per cent) and insects, such as cricket powder (12 per cent).

“As demand for protein in foods outside of meat and other animal-based products grows, the spectrum of proteins that consumers are interested in, or at least willing to eat, appears to be broadening, with many citing interest in emerging ‘buzz-worthy’ proteins ranging from insects to algae,” said Gregoire.

Are you eating less meat?