It's all just protein in the end, right?

There's a major pun in there because, well, a major grocery chain is—in its own words—getting "innovative with insects."

Loblaws recently announced that President's Choice has made its first move into sustainable insect protein with the introduction of the brand's 100% Cricket Powder. 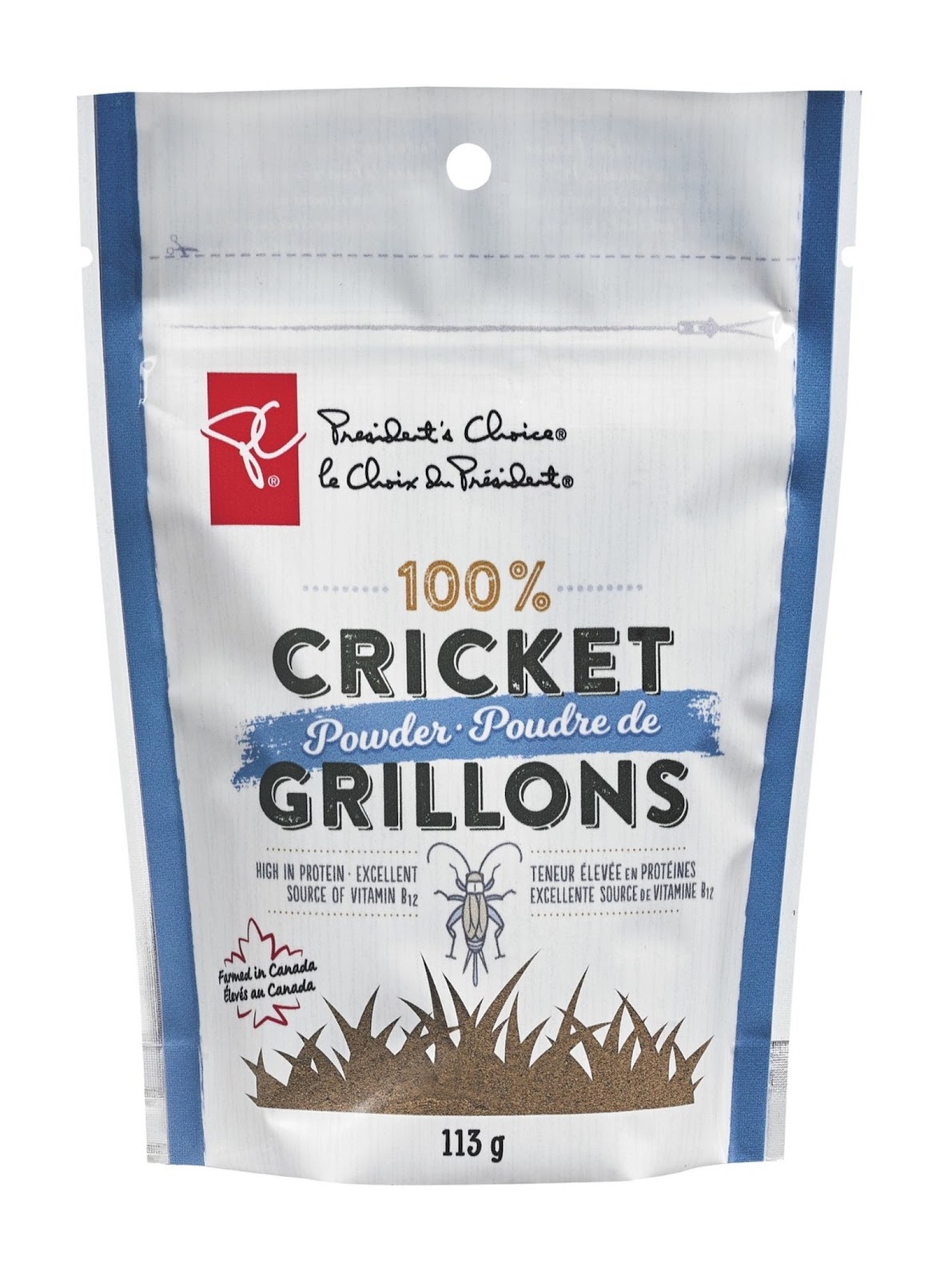 Farmed at a cricket farm in Canada, Loblaws says the unusual product answers the need for "great tasting" and sustainable protein.

“With our President’s Choice brand we’re always looking to bring the new and the next to Canadians,” says Kathlyne Ross, VP of product development and innovation at Loblaw. “By making products like Cricket Powder widely available in our grocery stores, we are giving Canadians the option to not only try something new, but to also make a conscious decision on what they eat and how it impacts the environment.”

While this product will definitely turn heads, insect protein is actually pretty popular in other parts of the world.

In fact, Loblaws says 80 per cent of the world’s population already incorporates insects into their diet in some form.

The company says high-protein cricket powder can be used in baked goods, smoothies or meals to provide high levels of protein, B12, calcium and fibre.

The taste is described as "earthy," but small amounts of the protein are apparently hard to taste at all.

If you're not sold yet (because bugs), Loblaws wants to remind you that cricket flour is packed with vitamins and minerals. On a gram-for-gram basis, cricket powder can outcompete some of our healthiest food options.

The product is available now.

Are you brave enough to try it?

New bubble tea and smoothie store opened up in Square One in Mississauga
If you find yourself in the mood for fresh juice and other healthy but tasty concoctions, you might be happy to hear that a new option is in town.
END_OF_DOCUMENT_TOKEN_TO_BE_REPLACED