Here is what to expect for snow clearing in Mississauga 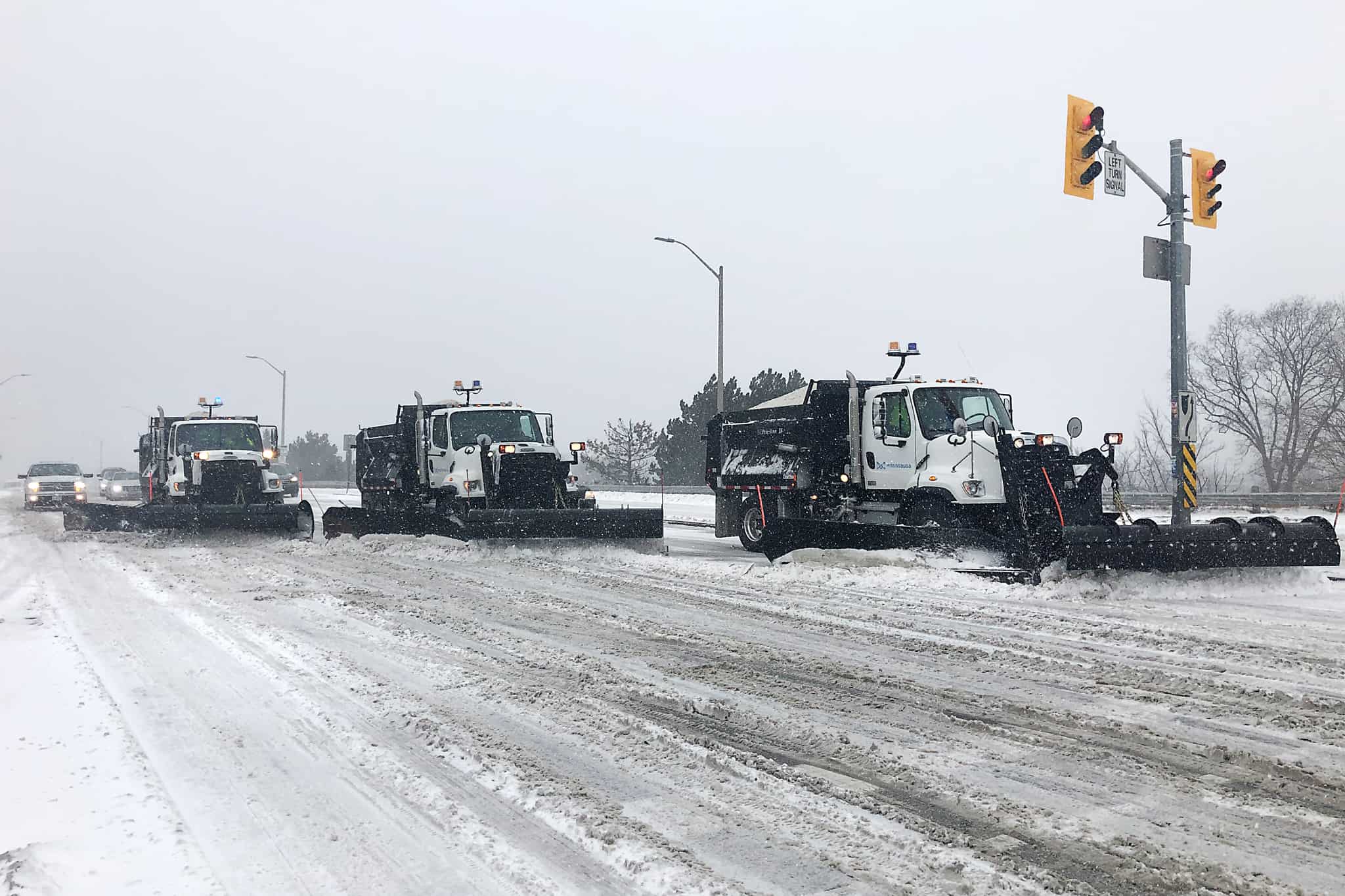 With a heavy snowfall in the forecast, Mississauga residents can expect some treacherous roads and there may be delays in getting all streets plowed.

A snowfall warning is in effect for Mississauga, Brampton, Hamilton, Oakville, Burlington and Milton with up to 15 to 20 centimetres of snow expected today (Jan. 25) and tomorrow.

With that amount of snow arriving in a short time, it could take time to clear all roads.

The City of Mississauga’s winter maintenance crews clear priority roads and sidewalks, on-street bike lanes, bus stops, pedestrian crossings and specific trails within 12 to 24 hours of the snow stopping, the city notes on its website.

“It may take us longer to clear roads and sidewalks if there are back-to-back storms, or a significant weather event,” the city adds.

Please give them space & remove parked cars from your street so they can work efficiently ⬇️(1/5) pic.twitter.com/phsJIaT9V9

In a tweet this morning, the city says they follow a priority route system. Before residential roads, crews clear priority roads such as routes for emergency vehicles, transit and high traffic volume.

Priority sidewalks are along major roads and bus routes, outside of schools, hospitals and long-term care homes.

Mississauga drivers are being told to clear the way for winter road crews.

To track our snow plows, salt trucks & sidewalk crews on their routes, use the snow plow tracker at https://t.co/jfBVVVMJ8x (2/5) pic.twitter.com/JNKM89CS3W

Residents can expect major roads plowed and salted within 24 hours after the end of a snowfall of 15 to 30 cm. And within 36 hours for residential and secondary roads.

Snow may remain on some roads — only priority roads are cleared to bare pavement.

Visit the snow plow tracker to see a map of snow-clearing routes and track the fleet as it clears streets and sidewalks across the city.

If your street has not been salted or plowed within the timelines, contact 311.

People can help by getting out to clear snow on their driveway and sidewalks as soon as possible.

We can all do our part to keep others safe, make snow clearing more efficient & support our crews as they work:
⏰Be patient
🤝Lend a hand to your neighbours
🚗Remove parked cars from residential streets
↔️Give crews lots of space https://t.co/6rHXHq8sOm @MississaugaSnow (5/5) pic.twitter.com/1nOQQghz1T

“Be a good neighbour and make sure you clear your sidewalk and driveway of snow and ice as soon as possible after a snowfall,” the city notes. “This will allow others to travel safely, whether they’re going to work, essential appointments, or getting some exercise.”

Residents can also help older adults and people with physical disabilities by offering to help clear snow and ice from their property, the city notes.