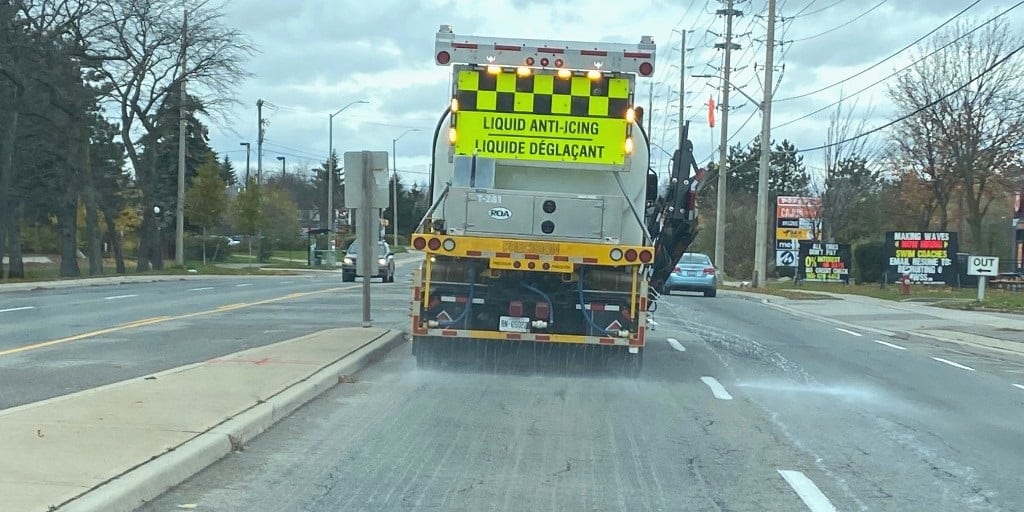 Mississauga drivers are being told to clear the way for winter road crews who are out in full force in advance of a major blast of snow expected to hit the city and all of southern Ontario on Wednesday and Thursday.

City of Mississauga officials said via Twitter today (Jan. 24) that “staff and equipment have been deployed to apply brine today (on) priority routes” in advance of the snowstorm that’s expected to begin Wednesday morning and last well into Thursday.

“Be patient and give them space to work,” is the message Mississauga officials are delivering to motorists across the city.

That same message applies both during and after the snowstorm as Mississauga winter maintenance crews are expected to be busy clearing major roads and side streets of snow.

The snow, courtesy of a Texas low, will start off light on Wednesday morning while significant snowfall will start around noon and run through to Thursday morning, the statement reads.

Total snowfall accumulation of 10 to 20 cm is expected by the time everything is done Thursday morning.

With the expected #snowfall ❄️❄️❄️arriving in #Mississauga tomorrow, staff and equipment have been deployed to apply brine today in priority routes. Be patient and give them space to work @citymississauga #ONStorm #MississaugaSnow pic.twitter.com/zBrFYN31d8