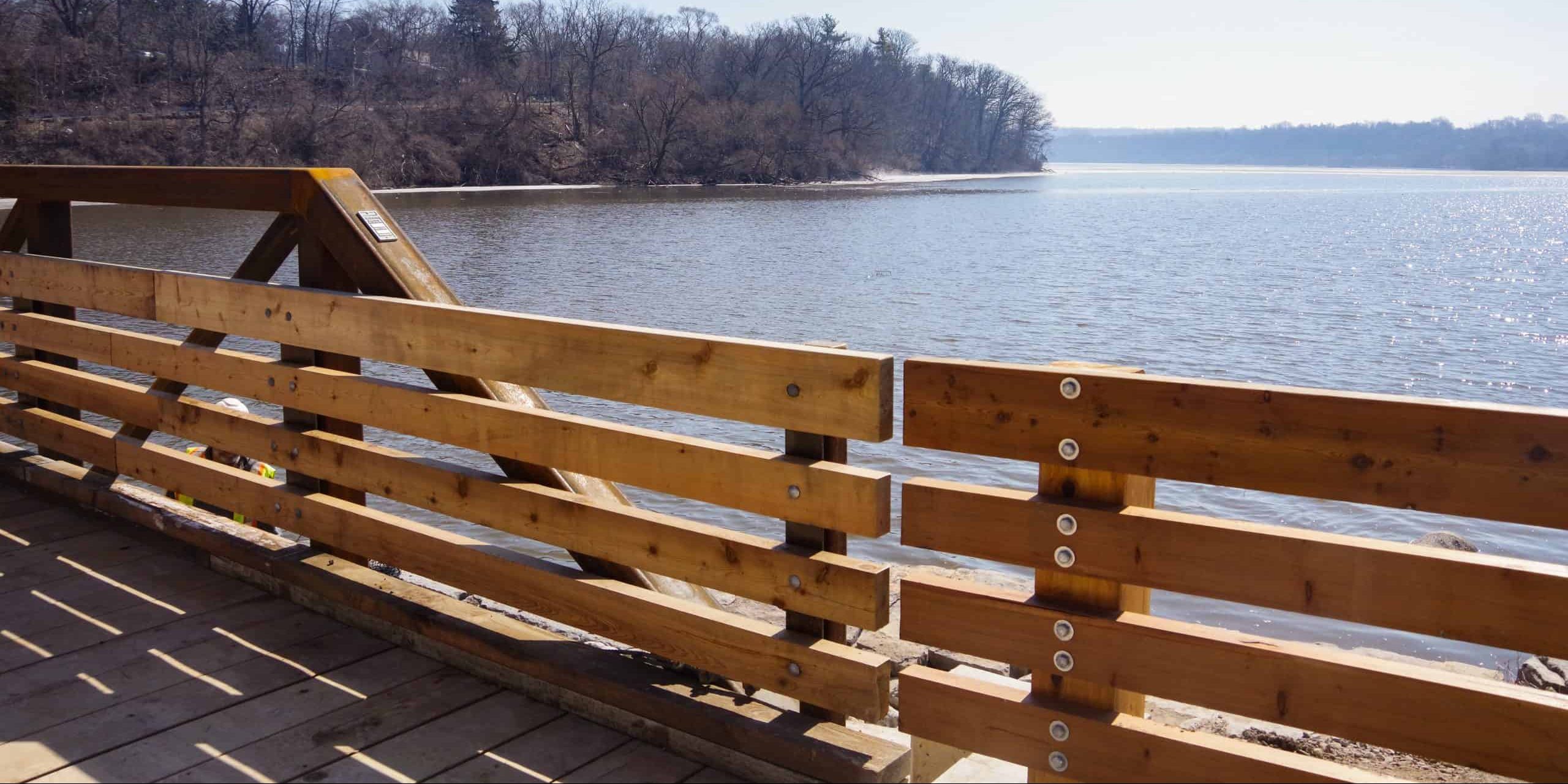 It's only a temporary fix, but the City of Hamilton restored the Valley Inn pedestrian bridge in time for the Around the Bay Race on Mar. 27.

It’s only a temporary fix, but the City of Hamilton restored the Valley Inn pedestrian bridge in time for the Around the Bay Race on Mar. 27.

The installation also restores the local routes that support the Royal Botanical Gardens, Lake Ontario Waterfront Trail, and reuniting Around the Bay racers with Heartbreak Hill — east of York Blvd above Grindstone Creek.

“It is with great pleasure that the City of Hamilton reopens the Valley Inn pedestrian bridge,” said Mayor Fred Eisenberger. “Our community and visitors have enjoyed a bridge at this location since 1897, and this newly constructed bridge will give a safe and sturdy crossing to pedestrians and runners for generations to come.”

The Valley Inn pedestrian bridge was installed in 1964 as a temporary structure after the previous bridge collapsed. The Bailey Truss bridge design was developed during the Second World War as a standard military bridge type that was portable, quick to erect, and easy to adjust for different loads and spans. Portions of the bridge remained over time, including the stone abutments that were a part of the original bridge, built in 1897.

Restoration began in early January, which included the removal of the bridge and the installation of a new steel truss bridge with timber deck and wooden railings meant to resemble the original. To maintain the cultural heritage of the bridge, the original 1897 stone abutments were protected, and two 3-metre-long truss sections of the bridge were salvaged and restored for the creation of two interpretive monuments that will be displayed on either side of the bridge.

In order to ensure the bridge is race day-ready, crews installed a temporary wooden bridge deck. Next month, crews will be back to install a permanent, weather-resistant, fibreglass-reinforced plastic deck — which the City says has a substantially longer operational life compared to other materials and will keep the bridge in good condition for “years to come.”

“I am grateful that the City of Hamilton is reopening the Valley Inn pedestrian bridge which serves as a critical link between Ward 1 in West Hamilton and Aldershot,” said Ward 1 Councillor Maureen Wilson. “I look forward to it being included in the historic Around the Bay Race route.”

The Valley Inn pedestrian bridge has been part of the 30 kilometre Around the Bay Road Race since its inception in 1894. Approximately 10,000 participants compete in this race each year.