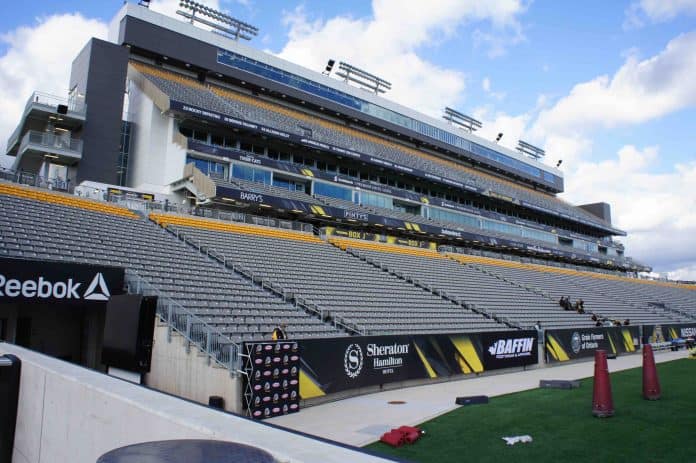 The decision to move the championship game comes as the CFL revised its schedule by delaying the start of the league year.

“Today’s announcement by our Commissioner is the welcome news that we will be playing football this season!” issued Ticats owner Bob Young in an official statement. “The Tiger-Cats organization has been steadfast in our commitment to playing football in 2021. Our business is all about entertaining our fans and delivering value to our partners by playing football.”

“Moving the 108th Grey Cup game to December 12 allows us to play as many regular season games as possible this year in light of the unavoidable delays to the start of the season. The priority for us is to get our players back on the field to play as much football as possible,” Young continued.

“We remain enthusiastic about putting on the best Grey Cup in CFL history and look forward to hosting Canada’s largest sporting event for Hamilton, and for all Canadian Football fans from across the country, right here at Tim Hortons Field in 2021.”

The season was originally scheduled to kick-off on June 10, with the Tiger-Cats playing the Blue Bombers in Winnipeg.

The CFL opener will now be played on Thursday, Aug. 5.