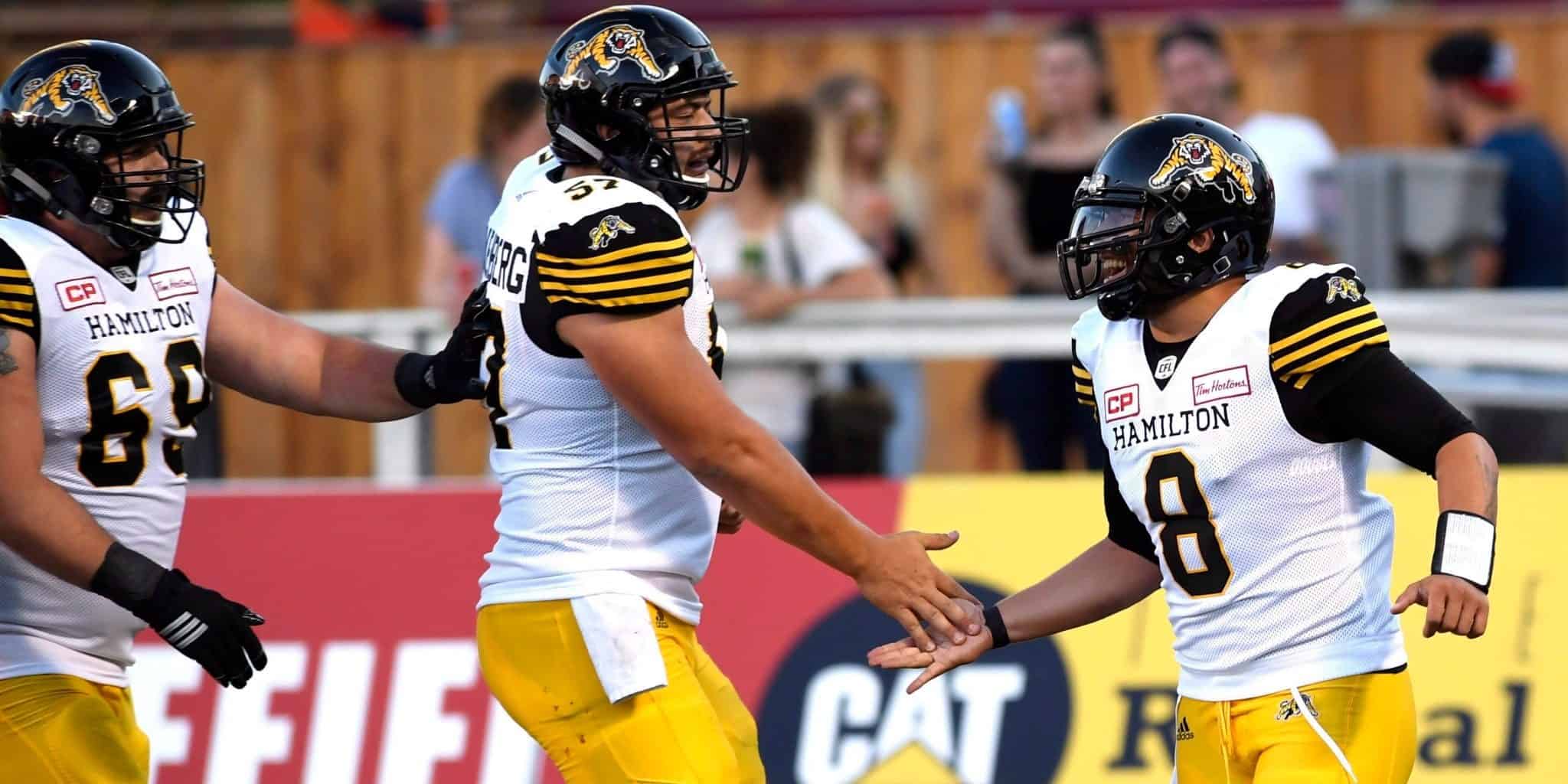 Brandon Revenberg, the left guard of the Hamilton Tiger-Cats, is once again the East Division nominee for the most outstanding offensive lineman award.

For a second successive season, and third time in the last four, Revenberg and the Winnipeg Blue Bombers’ Stanley Bryant are the finalists for the top O-lineman award. Bryant became the Canadian Football League’s first three-time winner of the award in 2021. He also won in 2017 and in ’18.

The 29-year-old Revenberg, who has played all 102 of his career regular-season games with the Tiger-Cats, is the only East award nominee from Hamilton. The Tiger-Cats (8-10) struggled for much of the season before finishing the regular-season on a four-win streak, which they will take into the East semifinal against the Montréal Alouettes (9-9) on Sunday (Nov. 6, 1 p.m., TSN/RDS/AM900CHML/Ticats Audio Network).

The 6-foot-4, 301-pound Revenberg was a constant in a season where the Tiger-Cats were plagued by injuries, starting 17-of-18 games. His pass protection also helped the Tiger-Cats be one of just two teams with multiple 1,000-yard receivers (Tim White and Steven Dunbar Jr.)

Hudson, though, was central to two-time Grey Cup champion Winnipeg posting a league- and franchise-best 15-3 record. His quarterback, Zach Collaros, who is an ex-Tiger-Cat, is also the West nominee for most outstanding player (MOP).

Collaros finished with over 4,000 yards passing for the first time and his 37 touchdown passes led the league.

The East nominee for MOP is Montréal receiver Eugene Lewis. The Alouettes star was third overall in receiving with 91 receptions for 1,303 yards and 10 touchdowns. The voting for the award was conducted by the Football Reporters of Canada and nine CFL head coaches.

The other nominees include:

The CFL’s awards banquet will be held Nov. 17 in Regina, three days before the Grey Cup game in the Saskatchewan capital.