Hamilton schools to get some much-needed upgrades thanks to Federal, Provincial funding 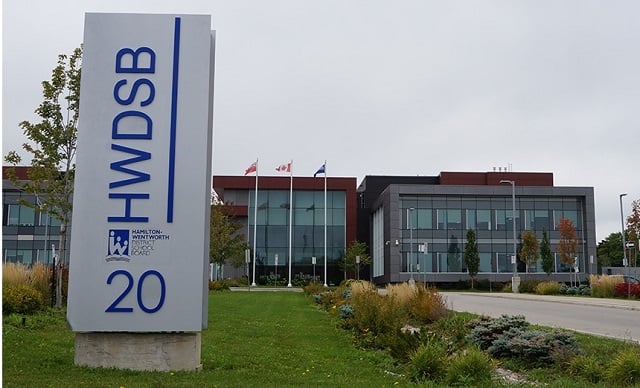 Hamilton’s public school board has secured millions of dollars from the federal and provincial governments that will pave the way for some much-needed upgrades in many of the city’s schools.

The Hamilton-Wentworth District School Board (HWDSB) said it had obtained more than $17 million through the federal the COVID-19 Resilience Infrastructure Stream – Education Related Projects (CVRIS-EDU) as part of the Investing in Canada Infrastructure Program (ICIP).

A portion of the funds also came from the Province’s $131.3 million Ontario Builds infrastructure program.

The HWDSB said that approximately 235 projects in 86 schools across Hamilton have been approved and are expected to be completed by the end of this year.

The following is a summary of the projects underway in some of the city’s schools:

A more detailed list of upgrades and the schools receiving them can be found on the HWDSB website.

The upgrades, which aim to improve safety for staff and students amid the ongoing pandemic, come as the first day of the 2021-2022 school year nears and just days after the province announced their plans for students’ return to the classroom.

The Ontario government said this week that students returning to schools next month will be able to play on sports teams, use instruments in music class, go on field trips and ditch masks outdoors, even if social distancing can’t be maintained.

There are also expected to be relaxed rules on using shared spaces such as libraries and cafeterias. Masking indoors will remain a requirement for students in Grades 1 and up.

Students will be attending in person for full days, five days a week — unless they have opted for remote learning — and high school students will have timetables with no more than two courses at a time.

In a statement issued Tuesday (Aug. 3), the HWDSB called the province’s plan “return to school guidance,” noting that the board’s planning is well underway.

“At HWDSB, our return to school planning has focused on two key principles: safety and the return of in-person learning,” the statement, attributed to chairwoman Dawn Danko and director of education Manny Figueiredo, said.

“Now that the Ministry of Education has released its guidance on the return to school, we will incorporate this into our plans for effective public health measures and learning this fall.”

The board plans to release more details on the return to schools in the days and weeks to come.