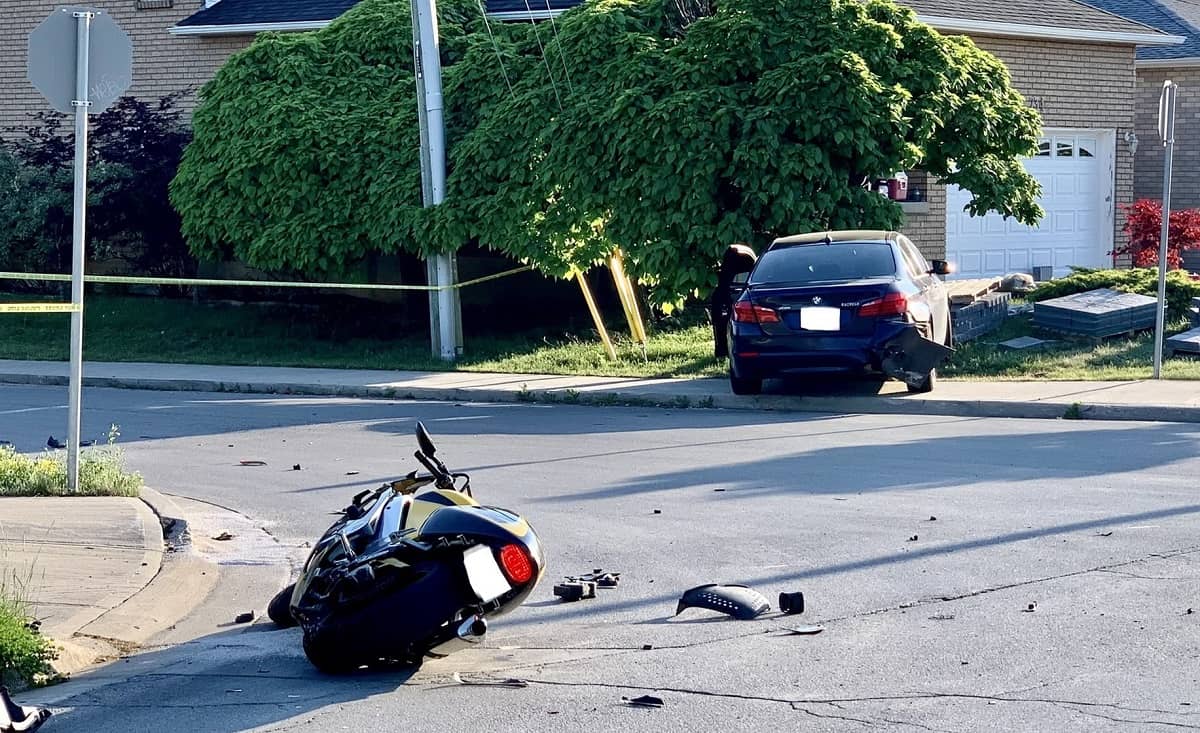 A collision between a motorcyclist and driver on Thursday night closed a major road on Hamilton Mountain.

Hamilton Police Service says that Stonechurch Road East is closed in both directions, between Ardleigh and Rambo streets. A photo released by HPS showed a motorcycle and a car that had been damaged.

One man was taken to hospital with non-life-threatening injuries.

Road is closed from Ardleigh Street to Rambo Street in both directions.

The road is expected to reopen later Thursday evening.