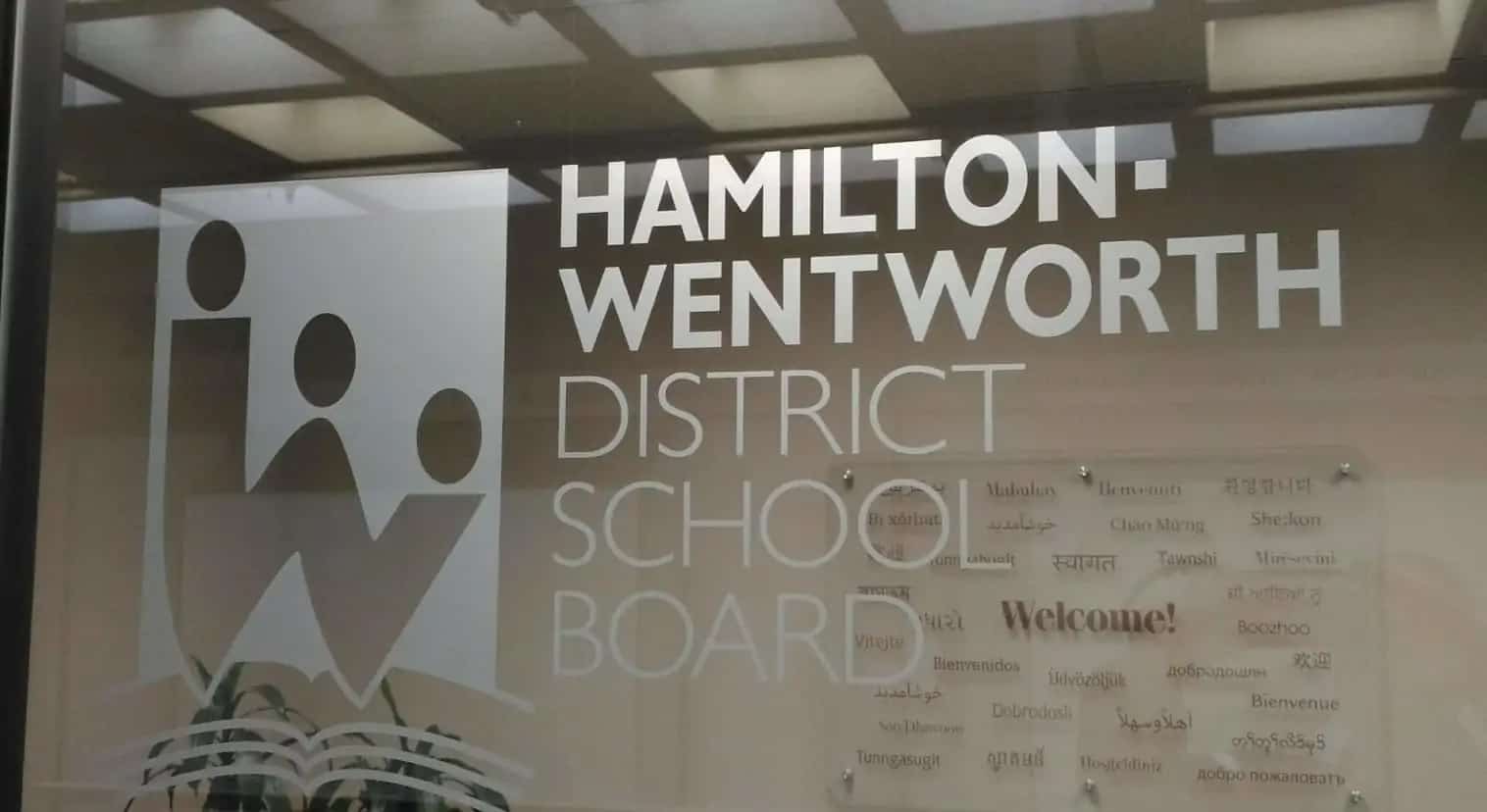 The largest school board in Hamilton has backed off from trying to get people to mask in classrooms to protect themselves and others from the spread of COVID-19 and other respiratory illnesses, even while local hospital bed occupancy remains high.

The Hamilton-Wentworth District School Board passed what was called a “temporary universal masking requirement with an unrestricted option to opt out” last month. On Monday night, at its first meeting since the measure was passed, trustees heard that uptake of masking in schools has been relatively unchanged. Ward 2 Trustee Sabreina Dahab moved to have the temporary requirement extended for another four weeks, to Feb. 13.

That motion failed after a 6-6 tie. Consequently, HWDSB will now echo Hamilton Public Health advice that masking is “strongly recommended” whilst indoors. Posters listing the benefits of masking and individual methods to curb the spread of disease will remain in place, and masks will be available in classrooms.

“It’s important to give this a second try,” Dahab, whose ward includes some elementary schools that reported 30 per cent absence rates last January (before the province stopped tracking that), said during the debate.

White critiqued the public health unit for not attending the meeting, despite an invitation.

“They should have been here,” he said.

The vote came hours after Ontario Health Minister Sylvia Jones acknowledged that the province has not finalized a long COVID strategy, even though Ontario Chief Medical Officer of Health Dr. Kieran Moore said four months ago (in September) that one would come in the near future.

Moore stated that Statistics Canada, through its Canadian COVID-19 Antibody and Health Survey, also estimated in October that 1.4 million Canadians are experiencing “long COVID,” where they show symptoms months after being sick. Research published in the Canadian Medical Association Journal that month also showed that people who develop long COVID have heightened health-care needs in the months after infection, which strains the health system.

Ontario accounts for 40 per cent of the Canadian population, so that works out to over 500,000 people on a pro-rated basis.

During the 2021-22 school year, HWDSB was the only board in Ontario that attempted to keep a mask mandate after Moore lifted it just before March Break. It moved to following public health advice in April, about two weeks after everyone else.

The board has around 50,000 students, plus teachers, administrators and education workers. The “perceptual data” presented to trustees by board staff suggested there was no real change in masking uptake at schools. Sixty-one per cent of administrators whom HWDSB spoke to say masking is about the same as it was in the first week of December.

Communication and promotion, or a paucity thereof, was mentioned by several trustees as a reason for that.

That lack of change was the reason that Danko gave for voting against the motion.

“There are opportunities to learn from this,” she said.

Mulholland, who also voted against the motion in December, said he was for “freedom of choice” and suggested that a temporary requirement was a half-measure.

“If you wanted the motion to be effective, then you should have made one like you had before — a motion for mandatory masking,” said Mulholland, who has been a trustee for 50 years.

Tut interjected, “Then make one.” Mulholland did not take him up on that challenge, but said one of his great-grandchildren masks voluntarily.

In September, the now-defunct Ontario Science Table gave the province a heads-up about long COVID patients buckling the health care system. It called for a comprehensive strategy to deal with long COVID.

The Canadian Press quoted Dr. Moore, in his capacity as the province’s top doctor, stating that Ontario is expected to make funding decisions for a long COVID strategy.

“I’ve seen the proposals and I don’t want to pre-empt any ministry announcements, but I think they’re about to make some funding decisions in the near future,” he told the wire service in an interview published Sept. 18.

On Monday, 120 days since that statement, Jones said at a press conference that Moore was speaking of how the province “can assist” with long COVID research.

“There is a lot of excellent work happening in academia related to studying and assessing the impacts of long COVID,” she said. “That work is ongoing. That reference (to what Moore stated in September) is how we as a ministry and a government can assist with what is already occurring in academia, but I want to assure you that there is work ongoing today with tests and patients who have long COVID to make sure that whatever they need in terms of assistance moving forward will be there for them.”