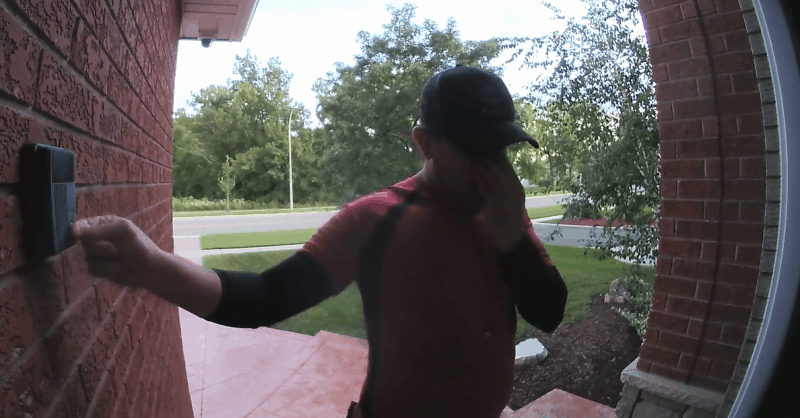 Hamilton police say a suspect in an Ancaster robbery was caught on doorbell video just before the house alarm was triggered.

Hamilton police say a suspect in an Ancaster robbery was caught on doorbell video just before the house alarm was triggered.

Shortly after 9 p.m. on August 9, police say an alarm was triggered at a house in the Thoroughbred Boulevard and Stonehenge Drive area. A man was seen by witnesses running from the home, police say.

When police arrived a short time later, it was confirmed that the back door had been broken and a number of items had been taken from the home.

Upon examination of the video footage from the home’s doorbell camera, police found that the suspect had been captured on video ringing the doorbell while trying to cover his face.

Police describe the suspect as a man in his mid-20s with brown or black hair. At the time of the incident, he was wearing a red T-shirt and a black baseball cap.

Police are asking anyone with information regarding the investigation to call the Mountain Criminal Investigation Branch at (905) 546-3851.

To provide information anonymously call Crime Stoppers at 1-800-222-8477 or submit an anonymous tip online at http://www.crimestoppershamilton.com.

A suspicious male is captured on doorbell video just prior to a break and enter at an Ancaster residence. If you can help identify him please call: (905)546-3851 https://t.co/hyI0AgD8gi #HamOnt pic.twitter.com/ZZpUp9RVia