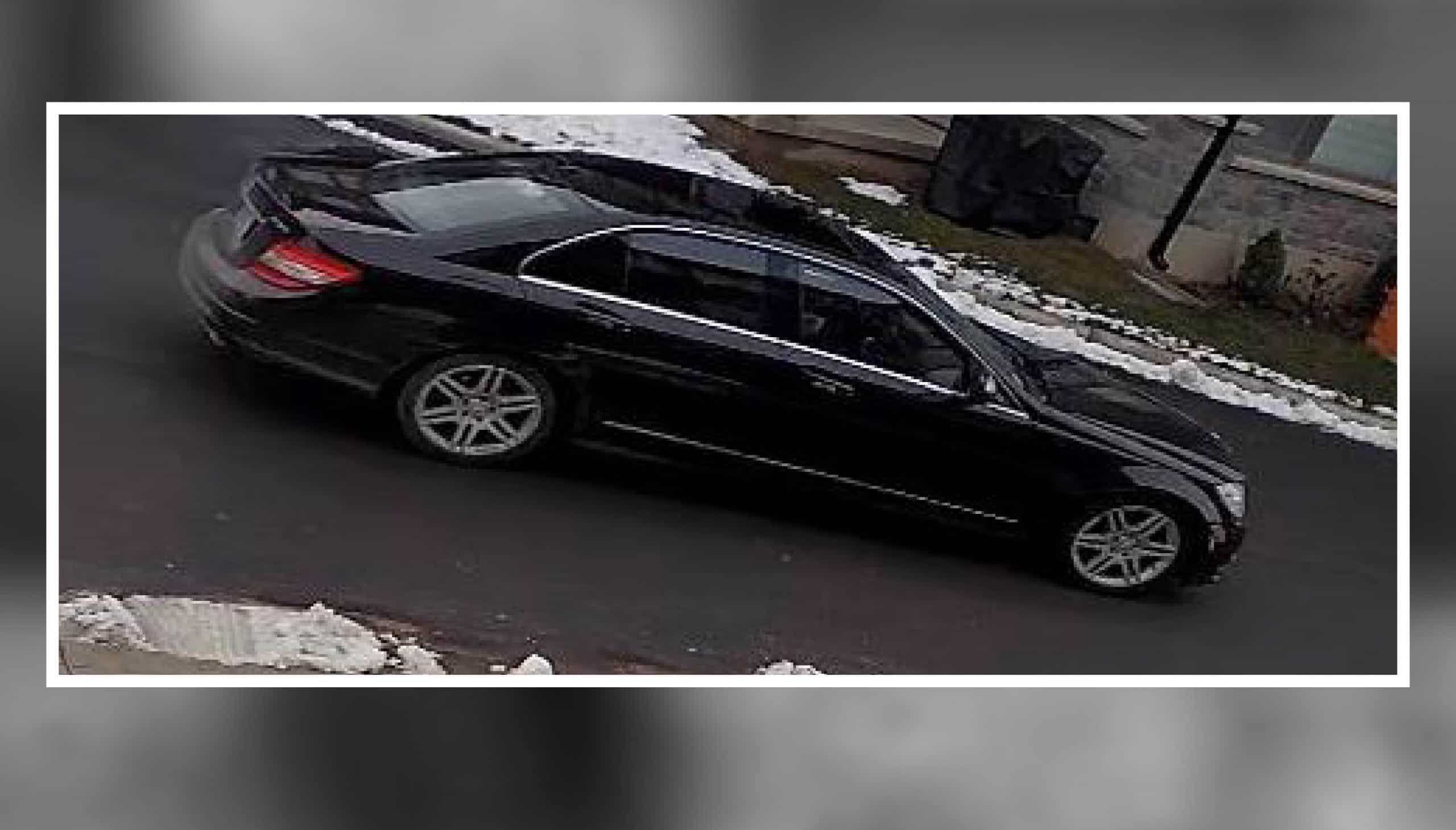 Hamilton Police are seeking the public’s help in identifying a car that is believed to be connected to the city’s first shooting incident in 2021.

On Wednesday (Feb. 10), police released a picture of a dark-coloured Mercedes Sedan believed to have been involved in the incident that took place in early January.

On January 5, police were called around 12:30 p.m. to 30 Times Square Boulevard in Upper Stoney Creek to reports of an attempted break-in.

The suspects, both men, were unsuccessful in gaining entry to the home and fled towards a car waiting nearby.

According to police, a citizen tried to intervene and was met by gunfire.

The citizen was not injured and is not believed to be the intended target.

A vehicle used in the incident has been identified and detectives are asking anyone with information about the incident or the vehicle to come forward.