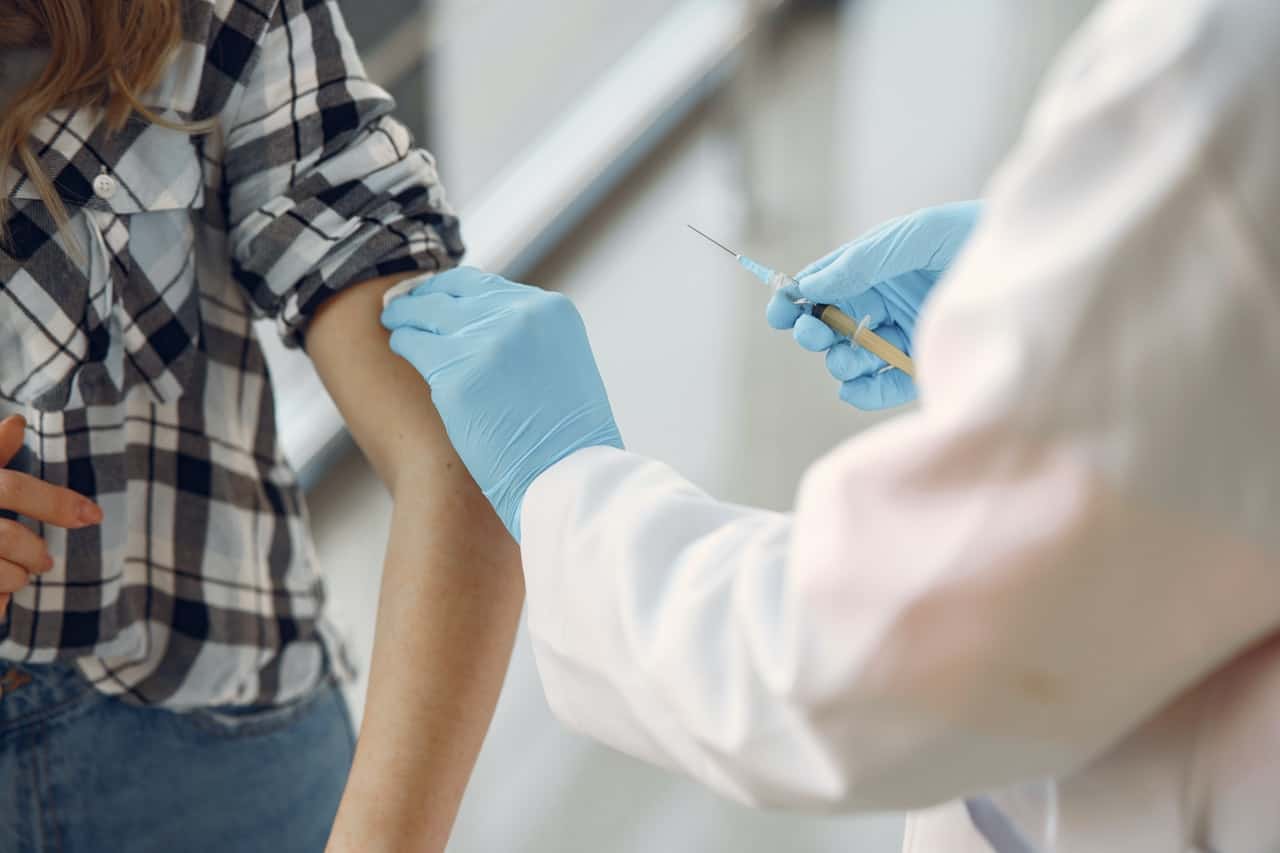 Hamilton's 'last mile' COVID-19 vaccination campaign will be going to several areas of the city next week.

The City of Hamilton’s announcement of mobile vaccination clinics, and one school-based clinic for the French-education community, came two days before it shutters the mass vaccination clinic at FirstOntario Centre. It also landed amid multiple media reports that the Ontario government under Premier Doug Ford will introduce some form of a vaccine passport within a few weeks. British Columbia, Manitoba and Quebec have already done so.

The City of Hamilton has already scheduled four mobile clinics for this weekend (Aug. 28-29) and the GO-VAXX bus will be in Gore Park downtown on Aug. 31.

HSR is proud to support our community by making our (Re)envision bus available to help the @CityofHamilton increase access to vaccines. We’ll see you at Stoney Creek Optimist Little League and the Ottawa Street Parkette this weekend! Learn more: https://t.co/cZtZdXbrnf #HamOnt pic.twitter.com/rWVeZ6Op6N

All of the newly-announced clinics are offering Pfizer and Moderna mRNA vaccines. The latter has now been approved for youths under the age of 18.

Additionally, a school-based clinic will be held at École Secondaire Georges-P.-Vanier (100 Macklin St. N.) on Thursday (Sept. 2) from 1 p.m. to 7 p.m.. This is available to Conseil Scolaire Viamonde students, families and staff in the school’s community, plus eligible students from elementary feeder schools.

Individuals born in 2009 and earlier who are eligible to receive a first or second dose of a COVID-19 vaccine can walk in to this clinic. 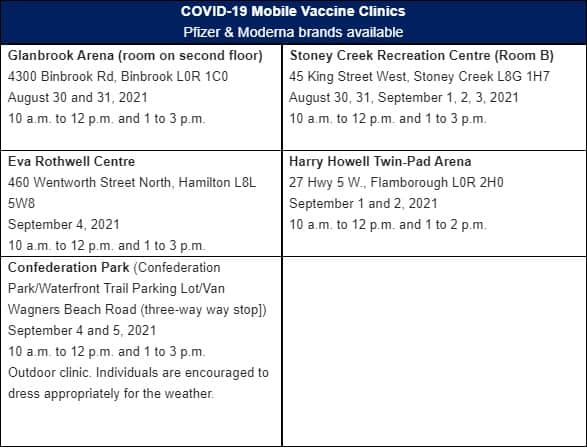 Hamilton, at this writing, has fully vaccinated 71.7 per cent of its eligible population. And 79.2 per cent have at least one dose.

Vaccine coverage across the census tract areas, which is skewed by being counted out of the entire population, has varied widely.

The aforementioned clinics are in the L0R, L8E, L8G, L8L and L8S census tract areas. For interest’s sake, here is the first dose and complete vaccine uptake (two doses) in those areas.

Vaccine mandates and the commensurate annoucement of a passport in British Columbia and Quebec have created a surge in appointments.

Ford and his Progressive Conservative Party of Ontario government have been called upon by big-city mayors, medical officers of health, doctors’ and nurses’ groups school boards, business and trade groups, among others to create a vaccine certificate system.

Liberal Leader Steven Del Duca has called for it over a month ago. Ontario NDP Leader Andrea Horwath, whose home riding is in Hamilton Centre, also did so three weeks ago, after initially stating it was not necessary.

Federal Liberal leader Justin Trudeau also called on Ford to do so earlier on Friday.