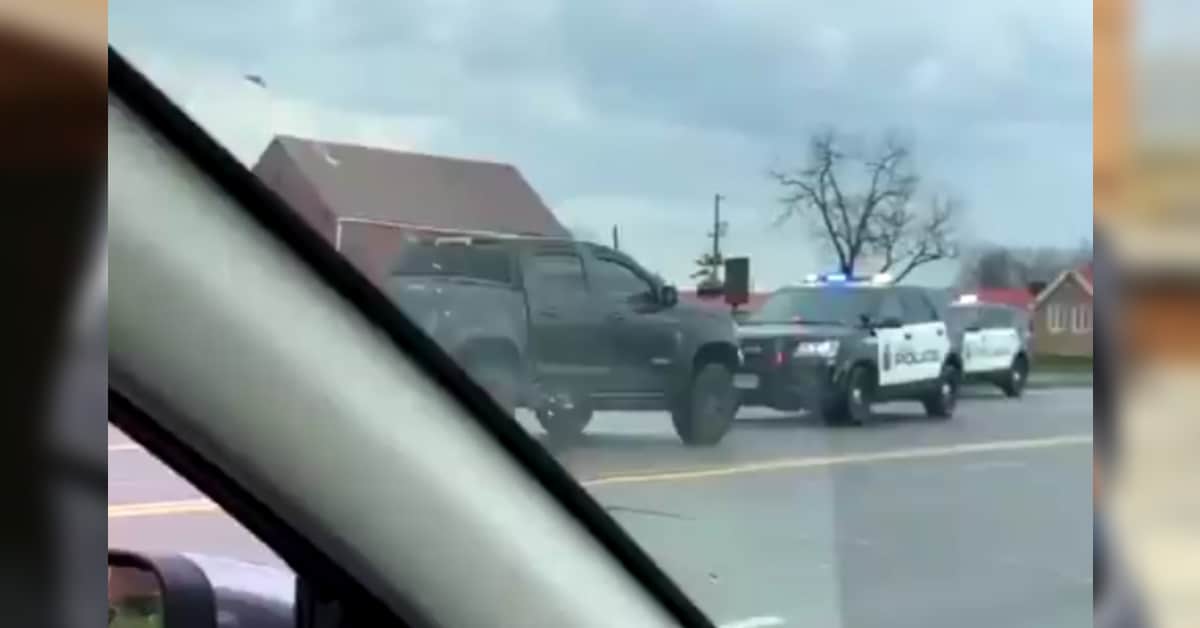 More than a dozen charges have been laid on a 45-year-old Hamilton man who was involved in a dangerous pursuit with police on Sunday (Apr. 18).

Shortly before 5 p.m., Hamilton Police say they were notified that a vehicle had been stolen and being “monitored remotely” as it travelled on the Hamilton Mountain.

Police say they located the vehicle travelling westbound on Chippewa near Tyneside Rd.

“Once the driver viewed police cruisers in the area, it began travelling dangerously and at high speeds,” according to Hamilton Police Service (HPS). “Police activated the cruiser emergency lights however the driver was not compliant,”

Officers say the vehicle was “remotely immobilized, which reduced the vehicle’s ability to accelerate and avoid capture.”

In a video submitted to Andrew Collins and posted on Twitter, the allegedly stolen pickup truck can be seen meeting a police cruiser head-on before the officer drives the truck backward. Another police cruiser then drives behind the suspect, trapping the immobilized truck.

Police added that “multiple attempts were made verbally for the driver to exit the vehicle; however, they were disregarded.”

With guns drawn by police, the driver was eventually removed from the vehicle and arrested without injury, according to HPS.

There was minimal damage to the police vehicles.

The male was held in custody with his bail opposed.

He also had two outstanding warrants, according to HPS.

Arron Ojay Thompson, 45, of Hamilton is facing charges of:

He also had the following outstanding warrants, according to HPS: