Hamilton is the ‘it’ place to live: New condo project furnished by Louis Vuitton 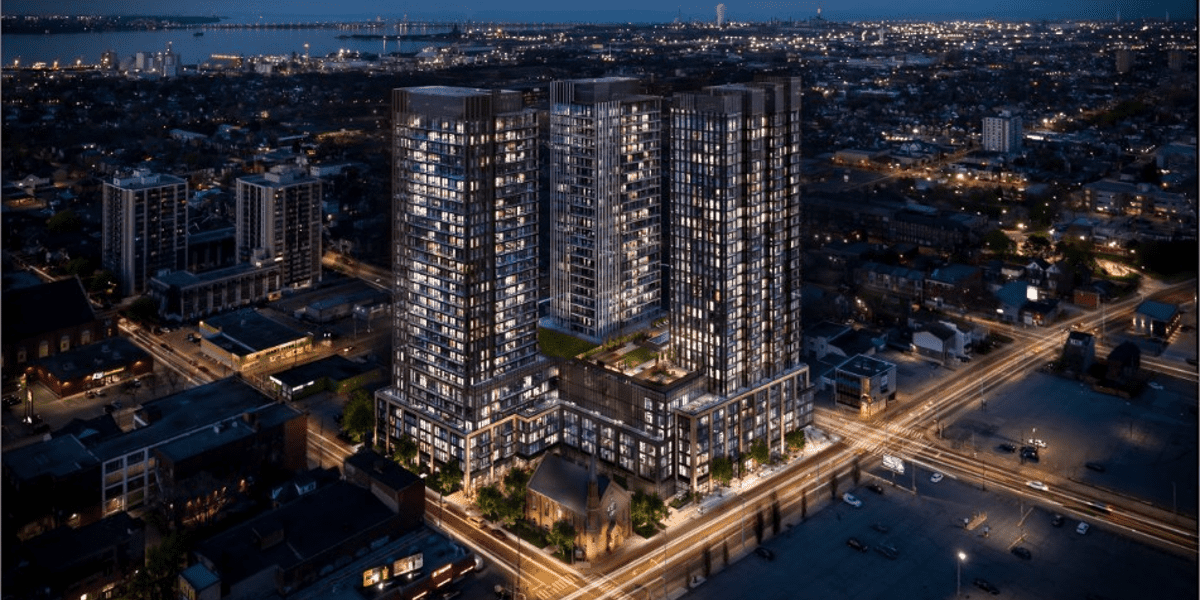 A new 31-storey, three-tower condo development was officially announced for the downtown Hamilton core and it'll have Louis Vuitton written all over it. (CNW Group/EMBLEM Developments)

A new 31-storey, three-tower condo development was officially announced for the downtown Hamilton core, and it’ll have Louis Vuitton written all over it.

The Design District at 41 Wilson St. will feature a podium of retail stores connecting the towers as it wraps around the 154-year-old gothic revival-style church at the corner of Wilson and Hughson St. North.

The project is being developed by Emblem. The Toronto-based company is also behind the condo project at 1 Jarvis St. in Hamilton, which sold out within 48 hours of launching, according to the company.

“The Design District will surpass anything ever seen in Hamilton before and accelerate Hamilton’s already exciting momentum about the ‘it’ place to live,” said Kash Pashootan, Emblem founder and CEO. “The name relates to the landmark location found in cities such as Miami, New York, and London. And this will be the chapter for us here in Toronto.”

IBI is in charge of the architecture and Burdifilek designed the interior.

“The elegant modern spaces draw from nature’s canvas – wood, stone, natural tones – to ensure guests and residents feel comfortable and refreshed,” reads the official press release. “The amenity spaces set a clear statement of luxury in a modern way, reminding one of a luxury hotel.”

Offering 931 suites above the retail podium, The Design District is expected to include an outdoor swimming pool, a connected social lounge, a gym, a yoga studio, a co-working space, and an “ultra-luxury” lobby lounge. 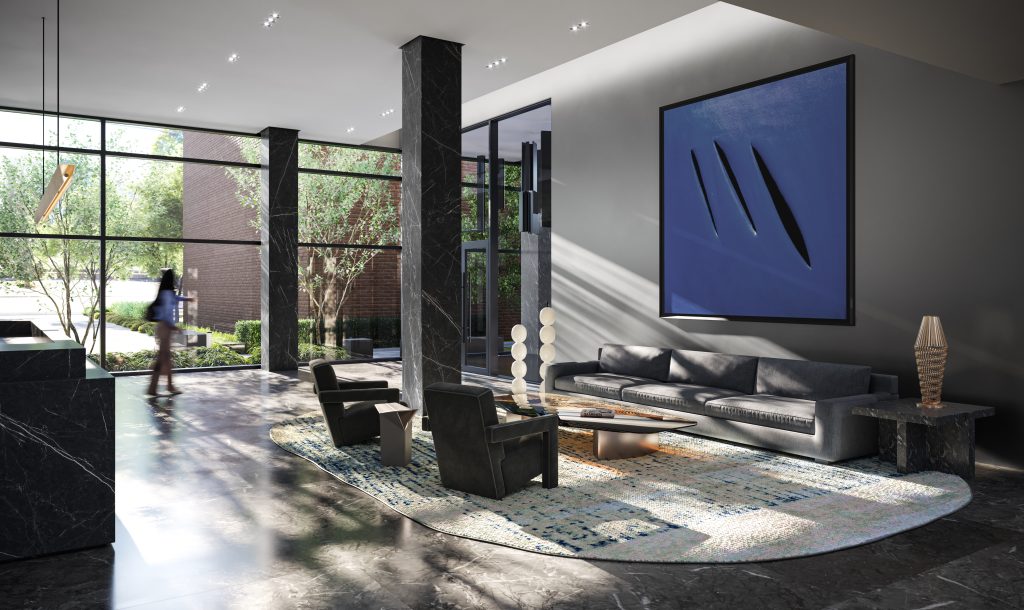 Furnishings in all the common areas will be provided by designer Louis Vuitton.

Emblem says it’s been impressed by Hamilton’s commitment to investing in the core.

“Part of downtown Hamilton’s attraction for Emblem and for new residents is the restoration of historic buildings, and a $500 million investment into a new Entertainment Hub and revitalization of existing venues: the FirstOntario Concert Hall, the FirstOntario Centre, the Hamilton Convention Centre, and the Art Gallery of Hamilton,” according to the press release.

“A Bell investment of $400 million will be the largest digital infrastructure investment in the city’s history. On the waterfront, a $140 million redevelopment project will transform the harbour into a beautiful, pedestrian-friendly community with a commercial village and a public plaza.”

The development will also be steps from the future light rail transit (LRT) line.

Emblem says the combined investment exceeding $1 billion is unprecedented in a community the size of Hamilton.

“The Design District will be the project of the year in 2022,” said Pashootan. “It captures all of the important aspects of a purchase including location with explosive upside appreciation, top walk and travel score, amenity experience non-existent within the area, finishes never seen before in this location, all combined at a starting price-point that will deliver immediate value.”

The price list and estimated date of completion were not available at the time of the announcement.