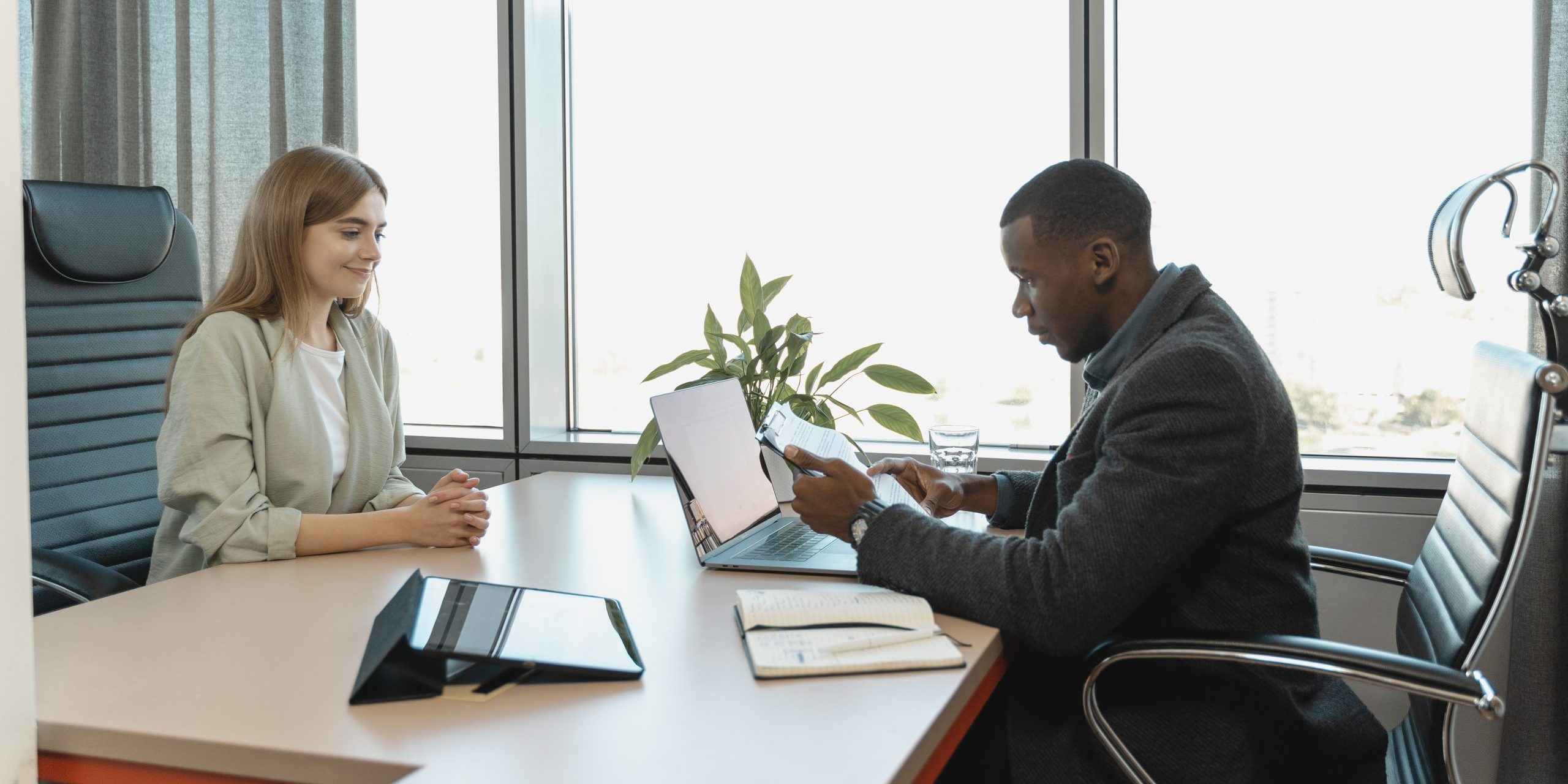 Workforce Planning Hamilton, in partnership with the city's economic development team, released the results of its 2022 employer survey this week.

Workforce Planning Hamilton, in partnership with the city’s economic development team, released the results of its employer survey this week. The results revealed which industries are hiring and that employers are struggling to find quality workers.

Early this year, 1,085 employers across all industries in Hamilton shared their hiring experiences on the most in-demand jobs and highlighted recruitment, retention, and skills concerns.

According to the report, 66 per cent of employers said they will hire at least one position in the upcoming year – an increase from last year when 52 per cent said they were planning to hire.

Service workers are the most in-demand in Hamilton this year, with 188 employers hiring. Trades came in a very close second at 184.

“The industry that selected Service Workers most was overwhelmingly Accommodation and Food Services, where over half of the selections came from this one industry,” according to the report.

“Trades jobs came most from Manufacturing and Construction. Managers and Executives were selected most from Accommodation and Food Services and Manufacturing.” 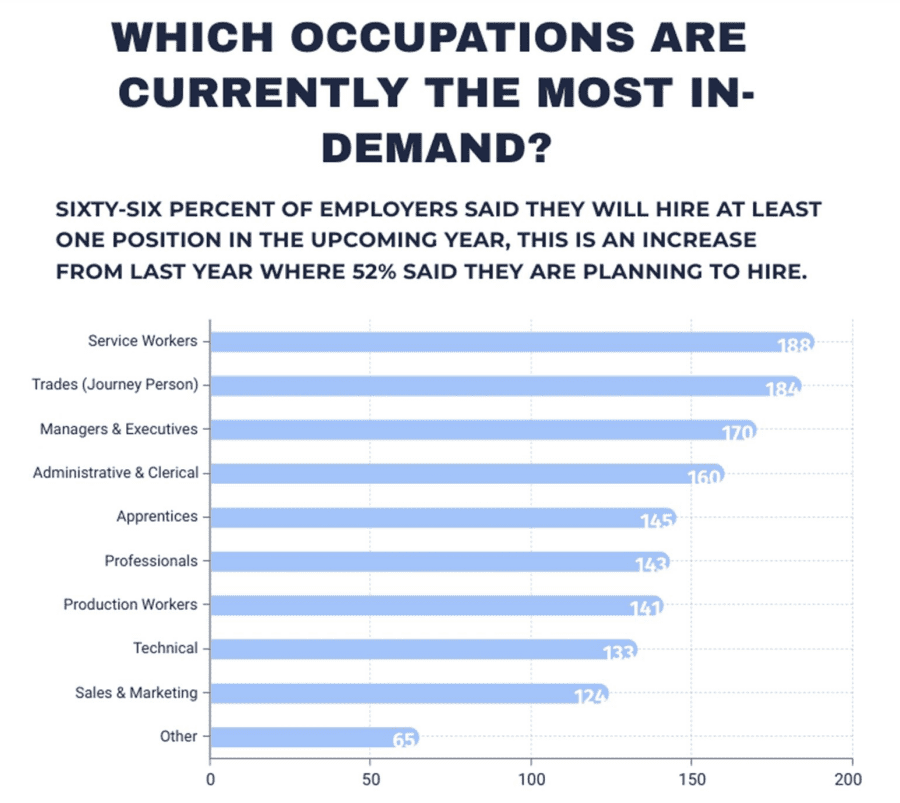 The employers surveyed have been underwhelmed by the quality of the hiring pool.

The largest share of employers said the availability of qualified labour in Hamilton was ‘poor’ at 39 per cent. The next highest was 36 per cent for ‘fair’. Only 3 per cent said ‘excellent.’

Compared to last year, the share that said poor or fair has increased, from a combined 55 per cent to 75 per cent this year.

Meanwhile, 68 per cent said the recruitment process was ‘negative’ or ‘significantly negative.’

The biggest reasons that employers found positions difficult to fill were related to a lack of qualifications and/or motivation (59 per cent). Not getting enough applicants was the next most common response (20 per cent).

“Employers are having a hard time finding qualified applicants among those that apply,” according to the report. “Most industries had a share close to 20 per cent but Retail Trade and Accommodation and Food Service employers had it at 24 per cent and 23 per cent, respectively.” 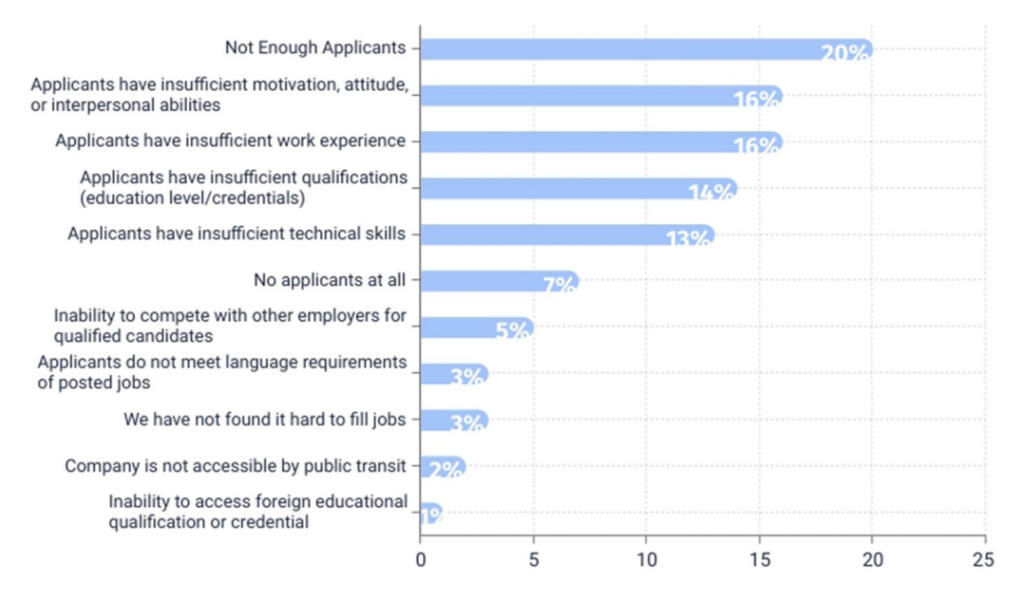 The survey also found that most employers (65 per cent) do not have policies or practices in place which encourage hiring from under-represented groups. Healthcare and social assistance (66 per cent) and arts, entertainment, and recreation (49 per cent) had the highest shares of employers that have a policy or practice in place.

The larger an employer, the more likely they are to have a policy.

The highest share said they do not get many immigrant newcomer applicants at 19 per cent.

“This shows that many immigrants/newcomers would benefit from applying to a broader group of employers, but due to a lot of employers not having (equity, diversity, and inclusion) policies, it can be a barrier to employment opportunities,” according to the report.

“This illustrates that some employers do not view immigrant/newcomer workers’ qualifications on par with domestic workers.”

Predictably, the impacts of inflation weighed heavily on employers.

“This impact will affect the cost of production and the costs of their goods,” reads the report. “If they feel they cannot pass on costs, rising inflation levels could hurt profitability.”

The mental health of both employees and employers was high on the list of concerns, ranked 2nd and 4th.

“Another key concern among employers is ‘The inability to reasonably predict the business environment in the short term’. This shows that planning long-term has become very challenging for employers due to pandemic-induced trends and structural shifts within the labour market.”

The full report and survey results are available online at workforceplanninghamilton.ca.