Hamilton ‘developing the path’ to protecting renters from renovictions 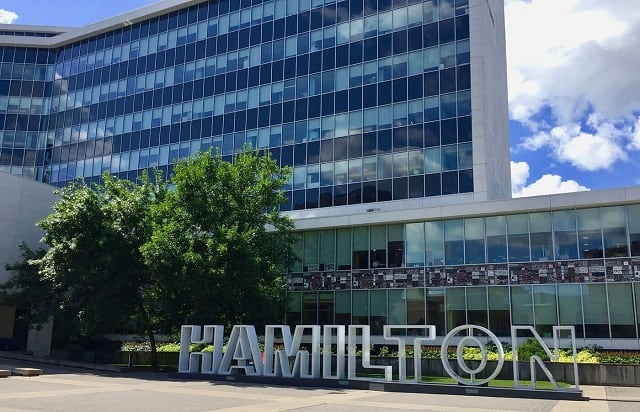 Hamilton has taken a step toward bringing in strong protections against renovictions, where landlords have tenants move out while a property is repaired before hiking up the rent.

On Thursday, a staff report presented to the city’s community and emergency services committee included a directive “to evaluate the feasibility of implementing a New Westminster-style bylaw in Hamilton to deal with the issue of “renovictions.’ ” The full report, “Adaptation and Transformation of Services for People Experiencing Homelessness Update 4,” also includes several provisions for temporary shelters through the end of March of 2022.

Rising rents and the COVID-19 pandemic have exacerbated housing affordability issues in Hamilton. There are reportedly about 1,375 people in Hamilton who are unhoused.

The ACORN Hamilton tenant advocacy group first called on the city in August 2020 “to implement strong local legislation” like New Westminister’s bylaw. The British Columbia city adopted the bylaw in 2019. It threatens landlords with the loss of their business licence and fines of up to $1,000 per day if they are caught ‘renovicting’ tenants.

To be ratified at Council, as of ECS Cmttee today, #HamOnt is officially developing the path to anti-renovictions bylaw regime. This is the result of tenant organizing & @AcornHamilton advocacy. It is part of a suite of initiatives to secure safe, dignified & affordable housing!

The bylaw has also survived a court challenge from a private company, who sued the city. The British Columbia Court of Appeal ruled in May that New Westminster’s law did not contravene the provincial tenancy act.

Any city in Ontario, or another province or territory, that passes a similar bylaw could also be taken to court. The report from Housing Services recommends hiring a consultant to help with the legal legwork.

“Given the challenges around jurisdictional differences among provinces and the legal challenges the bylaw has overcome, staff are recommending a consultant complete a thorough analysis of the options for implementation of an approach similar to the New Westminster, B.C. bylaw in Ontario. This analysis would also review other jurisdictions and levels of success dealing with renovictions through a municipal policy lens. The results of the
analysis, with recommendations related to renovictions, will be presented to Council in (the second quarter) of 2022.”

Meantime, the city has budgeted about $3 million to offer shelter for unhoused people this winter. The plans include: