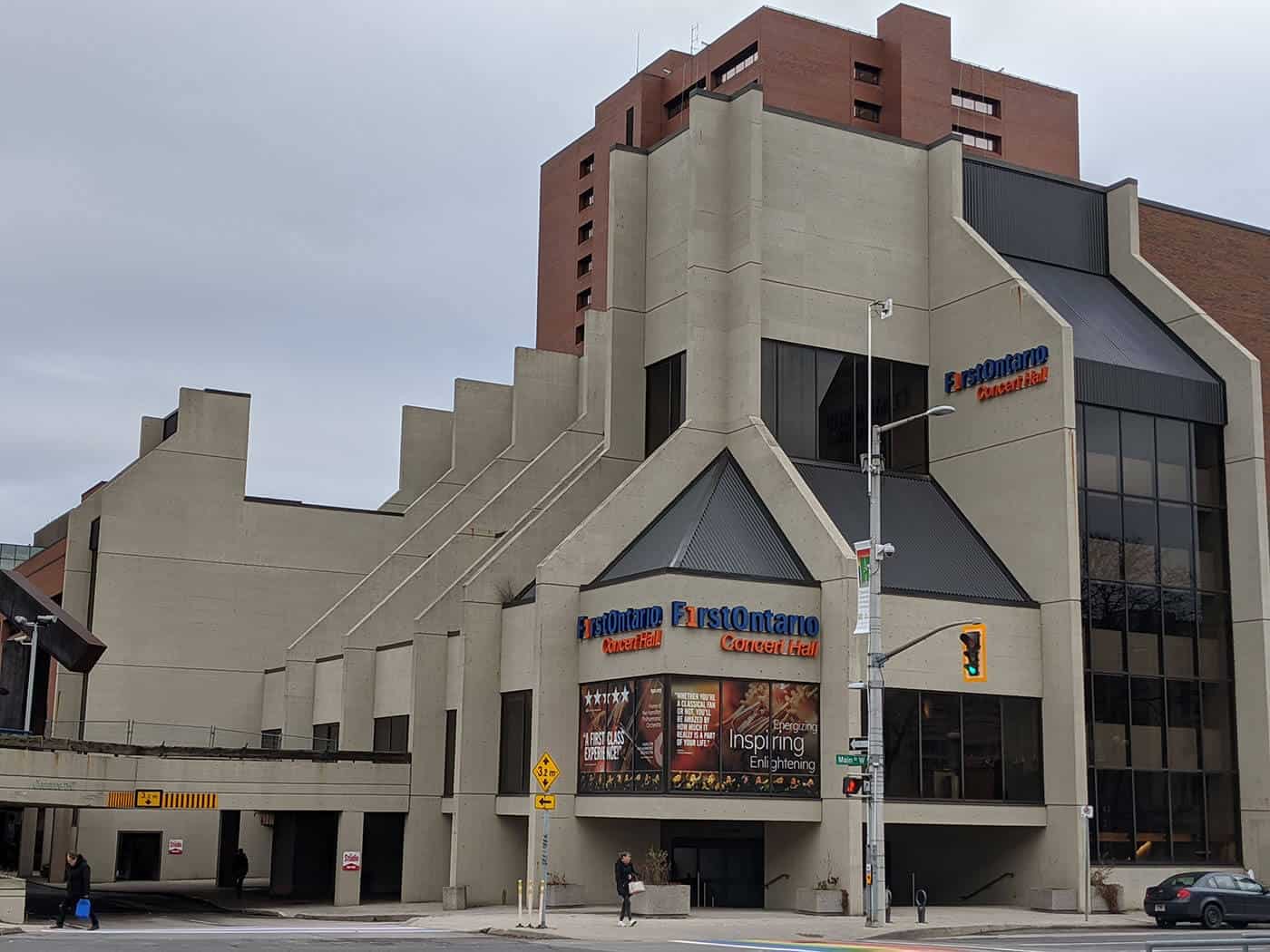 One of Hamilton’s biggest development firms has a $200-million vision for the city’s downtown entertainment district, and now residents are invited to take a closer look.

One of Hamilton’s biggest development firms has a $200-million vision for the city’s downtown entertainment district, and now residents are invited to take a closer look.

Vrancor Group launched a website this week dedicated to the company’s vision for a state-of-the-art FirstOntario Centre and a renovated and expanded Convention Centre that completely reimagines the functionality of both spaces.

The proposal also includes the construction of two mid-rise office buildings integrated with the arena at Bay and York.

They also pitched the construction of a new four-star hotel to accommodate the revitalized core.

“My vision for downtown is a place to live, work, play and be entertained in a vibrant and dynamic downtown where a state of the art arena and complete living and working amenities are all available to meet your desires,” said Darko Vranich, president and CEO of Vrancor Group Inc, in a press release issued earlier this month.

As Vrancor will be footing the bill for the project, the City will still own the properties but Vrancor will run them under a long-term licensing agreement.

Another view of Vrancor’s reimagined FirstOntario Centre. Notice how the Bulldogs are OHL champs?

Vrancor came forward with this plan in the aftermath of Council’s decision to pass on a proposal put forward by Bulldogs owner Michael Andlauer in partnership with Lime Ridge Mall owner Cadillac Fairview.

That proposal outlined plans for a brand new 6,000-seat arena to be built alongside the mall on Upper Wentworth. Andlauer offered to put up as much as $30 million of his own money towards the project.

The city still would have been on the hook for roughly $100 million (possibly more). The biggest hurdle for most council members, however, was that the project would be located on private property.

Another group came forward with ambitious plans to redevelop FirstOntario Centre and surrounding area at around the same time that Vrancor’s proposal became public.

In an email sent to councillors on Jan. 23, PJ Mercanti who is a member of the group provided some insight on HUPEG’s vision for the downtown core.

Mercanti notes that the group has signed a letter of intent with Darryl Firsten of IN8 Developments, the current owner of Hamilton City Centre, “to maximize the development potential of his substantial investment in Hamilton.”

While Mercanti does not go into great detail about the proposal, he says plans will likely include “a new or renovated convention facility and significantly renovated arts and entertainment facilities (arena and concert hall).”

Early estimates put the cost of this project at $500 million — all of which HUPEG will cover.

Both groups have said they are hoping to work with Andlauer and the Bulldogs to keep the team in the city.

“We [are prepared] to explore what the best path forward is for each respective City asset – and to the ultimate benefit of ALL key stakeholders in Hamilton, including the Bulldogs,” Mercanti wrote in the email.

Vrancor’s renderings of their vision even include the Bulldogs logo.

Councillors are expected to discuss both proposals on Feb. 5 at a General Issues Committee meeting.