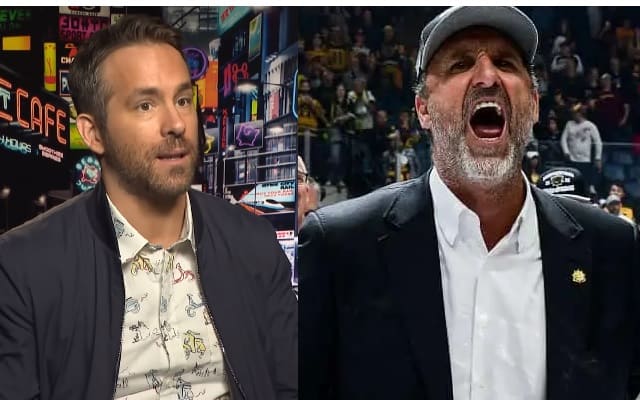 The top ‘Dog in Hamilton hockey is a co-second favourite in the latest betting odds on who will become the majority investor in the Ottawa Senators.

Michael Andlauer, the pucks patron of the Hamilton Bulldogs, entered the bidding to buy the NHL’s Senators. Canadian actor and entrepreneur Ryan Reynolds has also expressed interest in heading an investment group to buy the franchise and its Canadian Tire Centre arena.

This week, online sportsbook Bodog installed Reynolds as a +240 favourite to be the next majority owner of the Senators. Andlauer is listed at +245 in the prop bet. Toronto-based brothers Jeffrey and Michael Kimel also listed at +245.

The figure in a prop bet, when it is a positive number, represents the payout on a winning $100 bet.

A report by Postmedia last month said the Senators’ sale might not be announced until March. The team’s longtime owner, Eugene Melnyk, died in 2022. His daughters put the team and arena up for sale on the condition that the Senators remain in Ottawa.

Andlauer and Rocco Tullio, who owns the OHL’s Oshawa Generals, have reportedly partnered on the bid

Andlauer, whose Andlauer’s Healthcare Group is a $2.2-billion company, has been involved with Hamilton hockey teams for more than 20 years. He also owns a stake in the Montréal Canadiens.

The Bulldogs were originally an AHL franchise. In 2015, Andlauer he transferred the hockey operation to the OHL, a pro-format development league for 16- to 20-year-old players. The Bulldogs have won two of the last three league championships in the OHL, capturing the J. Ross Robertson Cup in 2018 and ’22.

Bodog said in a media release that recent news about Reynolds’ investment in the wireless market prompted the sportsbook to adjust the odds.

Reynolds is a backer of Mint Mobile, a budget wireless provider, and there has been speculation it could be sold to T-Mobile. The theory that Bodog posited was selling Mint could help the Deadpool and Green Lantern star gain the cash on hand to improve his chances of purchasing the Senators.

A list of support services for problem gamblers in the Hamilton, Brant County, Haldimand County and Niagara Region is available at hnhbhealthline.ca.