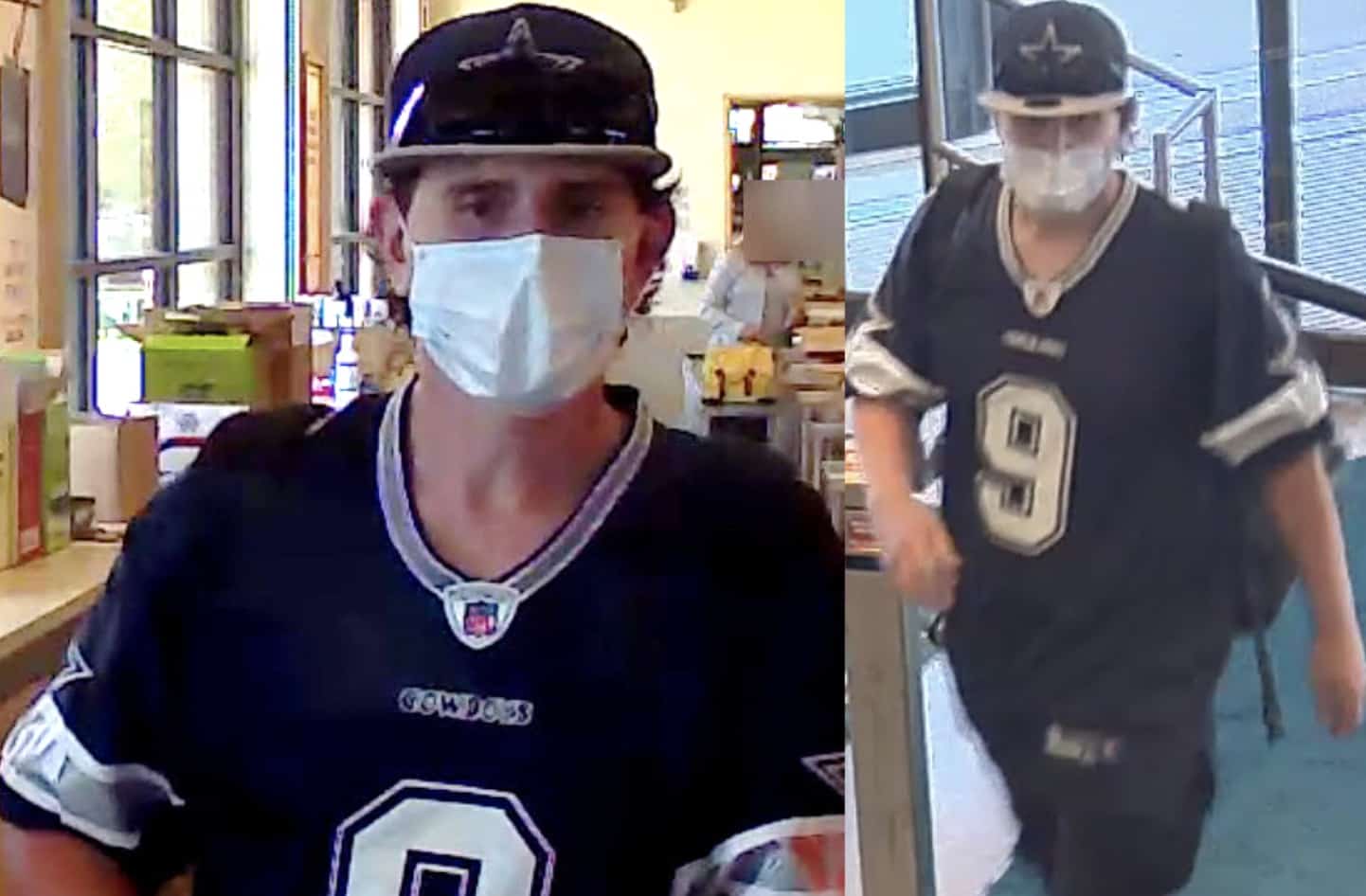 Halton police are seeking the public’s assistance to identify a suspect who stole from an LCBO store in Burlington.

According to police, on Tuesday, June 22, 2021, at approximately 4:00 p.m., an unknown male suspect attended the LCBO store located at 501 Appleby Line and stole two bottles of alcohol valued at $93.55.

Police say the same suspect committed another theft at the same store where he stole an additional two bottles of alcohol valued at $148.70, making the total theft amount $242.25.

The suspect is described as male, white, in his 20s, is approximately 5’10 and 200lbs. He was wearing a dark blue-coloured “Dallas Cowboys” #9 Romo Jersey, dark pants, black running shoes and a blue-coloured Dallas Cowboys cap, according to police.

The suspect also had a black-coloured backpack and was wearing a medical mask.