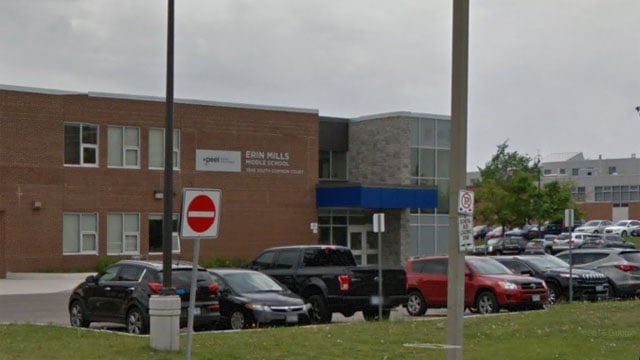 A grade 7 student from Mississauga has been identified as one of the victims of a horrific fatal car crash that occurred in Mississauga’s west end on Sunday night.

The crash took place in the later hours of Sunday evening in the Winston Churchill and QEW area.

“This tragedy has brought great sadness to the students and staff at Erin Mills. Keziah was a well liked student—a valuable member of our school community. We will miss him.”

Hurford said that members of the Peel District School Board’s Critical Incident Response Team will be available at the school to provide counselling to Edwards-Young’s friends, classmates and other staff and students.

She added that the counsellors will remain at our school as long as they are needed.

“Keziah’s passing is deeply felt by everyone at the school,” Hurford wrote. “Even students who did not personally know Keziah may be affected by this loss.”

The school’s flag has been lowered to half-mast in the wake of the tragedy.

A table has also been set up in the library where staff and students can leave messages of remembrance and condolence.