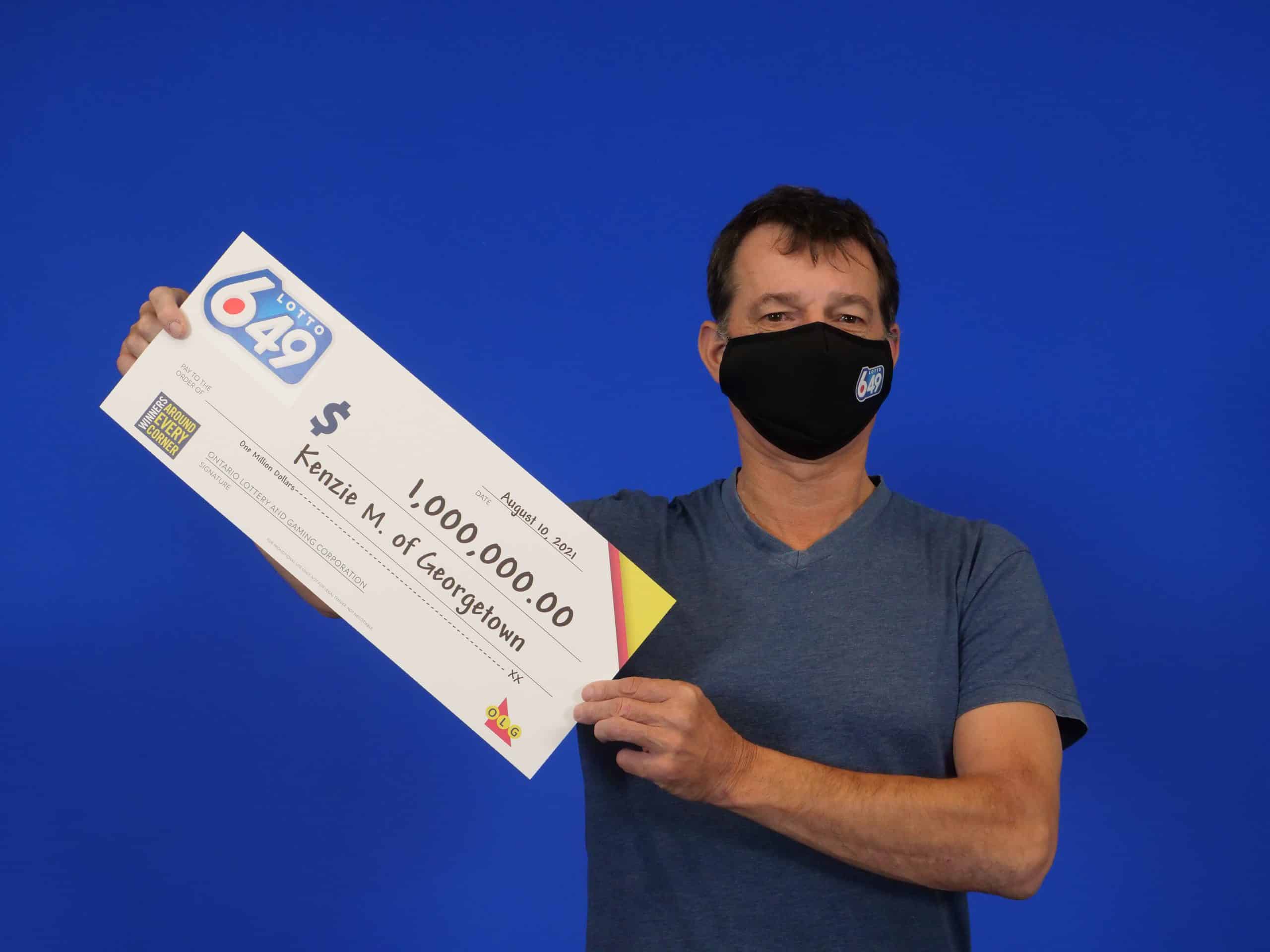 Georgetown’s Kenzie Macdermid told his daughter he would win the lottery one day.

He was right, and now he’s a millionaire.

Macdermid, who has been playing regular numbers for years, won a guaranteed $1 million prize in the June 26 Lotto 649 draw.

“I went to the store to replay my numbers for the next draw and the machine froze,” he said while at the OLG Prize Centre in Toronto to pick up his winnings. “My friend and I stood there stunned in silence.”

Macdermid said he called his wife to come meet him at the gas station.

“She couldn’t believe it believe it – and neither could I,” said Macdermid, who bought the ticket at the Metro on Mountainview Road in Georgetown. “It was all just a blur.”

Macdermid said the money will help accelerate his life plan by 10 years. It will also help his golf game.

“I am going to treat myself to a new set of golf clubs to replace the current ones from 1972!, ” he said. “This feels like a gift from heaven – it’s such a blessing.”