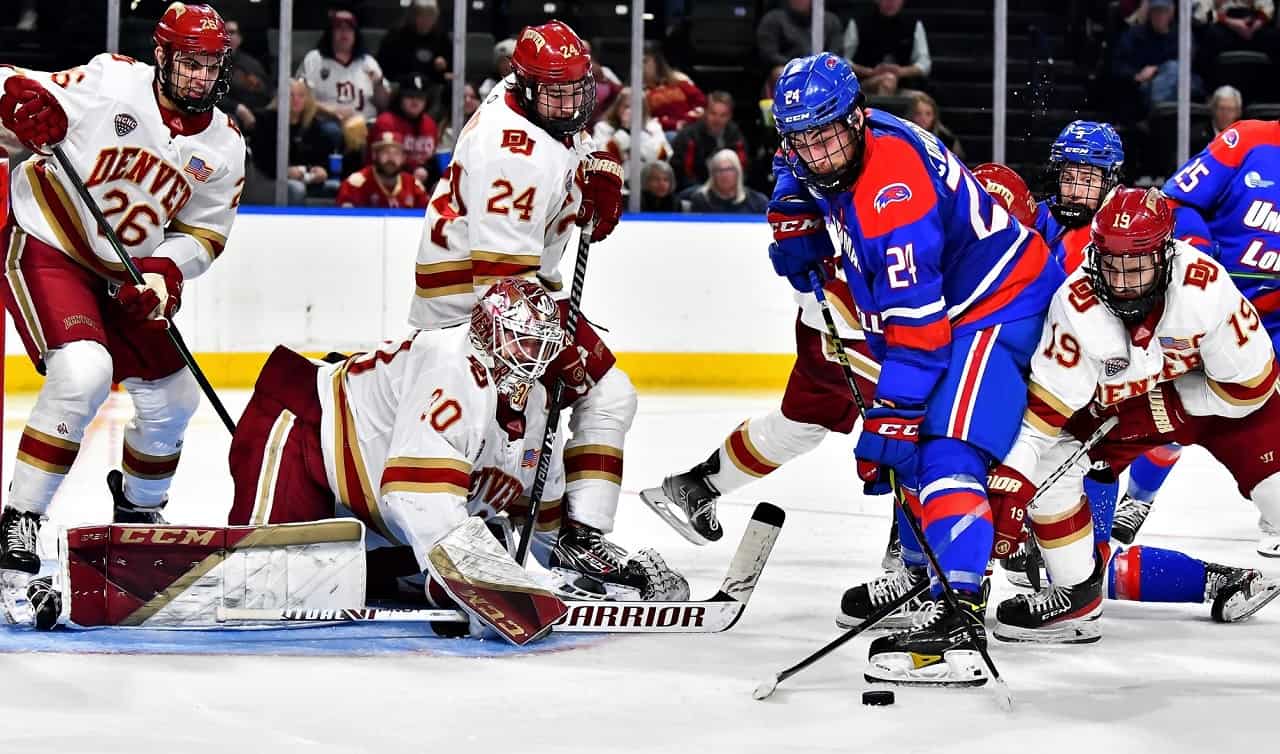 Lucas Condotta (24) of Georgetown, Ont., in action during the NCAA Division 1 men's hockey tournament. Condotta has earned an NHL entry-level contract with the Montreal Canadiens. (Twitter/@RiverHawkHockey)

After wearing the “C” in his final season of college hockey, Georgetown’s Lucas Condotta has a chance to sport the fabled “CH” on his chest.

The 24-year-old Condotta, who is a forward, has signed an one-year, entry-level contract with the Montreal Canadiens, the National Hockey League team announced Thursday (March 31). The deal is for next season and Condotta, whose four-season career at the University of Massachusetts-Lowell ended with an NCAA Tournament defeat last week, will finish out the season with the Canadiens’ American Hockey League farm team in Laval on a PTO (professional tryout offer).

Congratulations to Lucas Condotta on signing a one-year, entry-level contract with the @CanadiensMTL!

The six-foot-two, 209-pound Condotta scored 10 goals and 23 points across 33 games this season with UMass-Lowell. Condotta helped the River Hawks earn their 14th NCAA tournament berth in school history and scored a goal in UMass-Lowell’s first-round game, but his team was edged 3-2 by the Denver Pioneers on March 24.

Over four seasons with UMass-Lowell, Condotta tallied 24 goals and 52 points across 121 games. He was also an alternate captain as a junior.

Condotta got on the college hockey radar by playing five seasons in the Ontario Junior Hockey League, where he was a two-year captain with the Markham Royals. His run in Junior A also included time with the Hamilton Red Wings and Pickering Panthers.