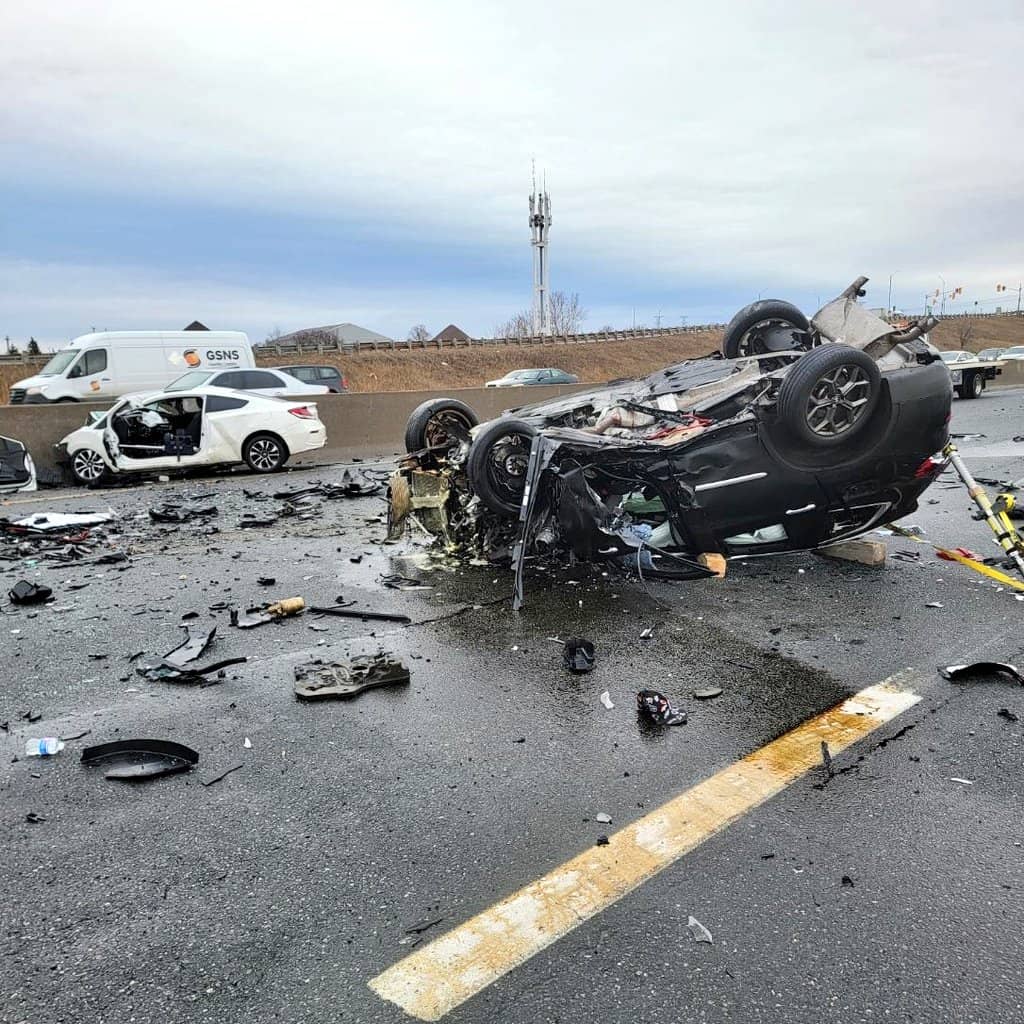 A fundraiser has been launched for the family of the man killed in Friday’s wrong-way crash on Hwy 401.

The man, described in the Gofundme as “a loving husband, a loving father to three children, and a well-respected person in the community,” was driving west on Hwy 401 around 5 a.m. December 30.

As he drove toward the Brock Rd. exit his car was struck head-on by an impaired driver going the wrong way. The cars collided with enough force to shatter the front of both cars and flip one over on its roof.

The victim, an unidentified Whitby man, 55, was pronounced dead on the scene. A third vehicle wound up involved in the crash as well. That driver, 28 of Ajax, received serious, but non-life-threatening injuries.

The crash resulted in the OPP shuttering the highway’s western lanes for several hours to investigate and clean up. Hours later they announced a 25-year-old Whitby man had been charged with impaired driving causing death among other offences.

The Gofundme says the family of the man killed was informed of his death around 10 a.m. that morning while preparing a New Year’s meal.

The family has requested anonymity “to protect privacy during this difficult time.” However, the victim’s daughter is described as having the highest grade average of her graduating class. She now studies at Waterloo University’s highly competitive Software Engineering program.

The fundraiser was put together by Renee Xie, a fried to the daughter since the Sixth Grade. “I can personally vouch that she has the most potential for success out of everyone I have met,” Xie wrote. Meanwhile, the victim’s son in enrolled at Western University in London to study computer science.

“Since their father was the only income earner in the family, tuition is expensive for two children,” Xie said.

Donation can be made online via GoFundMe.