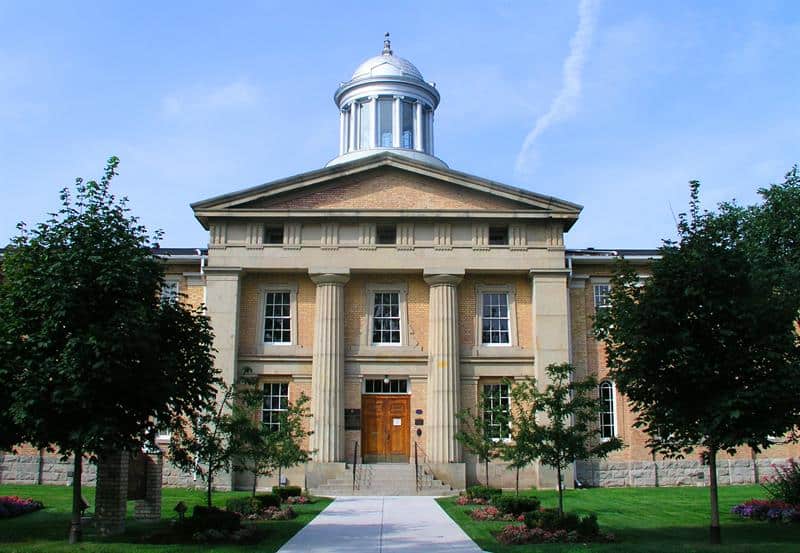 If ‘real’ haunted houses are your thing, Durham Region has plenty of those around to explore this Hallowe’en weekend, as befitting a region with several hundred years of colonial history and a few thousand years of indigenous history before that.

The Paranormal Seekers, a research and investigations group based in Oshawa that specializes in historic locations and providing afterlife awareness, have investigated a lot of locations, public and private and are more than willing to take a little bit of the ‘mystery’ out of mysterious.

Here are a few of their favourites from around Durham Region.

Not known to many, this location can be found behind the Minacs and GM office building on Col. Sam Drive in Oshawa.  Located within the trails, you can easily find it on the maps provided at the location, since it is actually labelled ‘Ghost Rd. Bush.’

Not much is known about the area, but stories from older generations have been about unexplained lights and phenomenon that have occurred in the vicinity. It may have once been a native burial ground.  There have been sightings of a strange man that disappears, as well as other figures both male and female.

Off the beaten path lies a dirt road with a large rock and a ghostly history. Located off Pine Point Rd, on the Island in Port Perry, is where you will find the infamous rock. This rock has a tragedy attached to it, as it was supposedly the rock in which the motorcycle rider lost his head on.

It is said you can see the light of the ghostly motorcycle and hear it as you drive on the road. But visitor beware, you are also on native ground. Maybe that’s not the only spirit or ghost who walks the road. 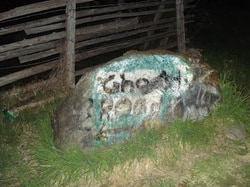 Located on Salem Rd at Hwy 7 (north Ajax), Salem cemetery is one the few cemeteries to actually be haunted. There is said to be a caretaker who haunts the grounds, and Mediums have picked up on a gentleman inside the small church, as well as something that doesn’t seem so nice that lurks in the dark areas.

Salem Cemetery is open for anyone to visit but you must be respectful of the graves and other markers that are there.

In historic downtown Bowmanville, you will find a little yellow building that is home to Mad Bohemian Tattoo and Art Co. With reports of disembodied voices and strange, shadow like figures, this tattoo shop may offer a very unique experience to anyone that visits.

One of the best-known haunts in Durham Region, Jester’s Court is home to a handful of ghosts as well as some very delicious food. Located at 279 Queen St (right off of Simcoe St), Jester’s Court is said to be haunted by the spirits of a women in blue, a disgruntled man, a couple dining at table 13, a little boy and a little girl.

The waitresses are friendly here and will even tell you their experiences if asked. 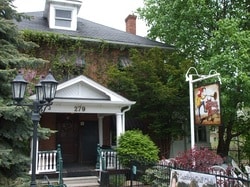 Located at 37 Silver St. in Bowmanville, the Bowmanville Museum has been rumored to be haunted by an unknown ghost. Built in 1847, the home has been restored to resemble a period home of a wealthy merchant family of the early 1900s.

Not only have The Paranormal Seekers researched the rumours but shortly after the popular W Network TV show “Rescue Mediums” investigated as well.

The Oshawa Community Museum and Archives are made up of three individual Museums: The Guy House, The Robinson House and The Henry House.  You can find these 3 houses on the same waterfront location.

Located on the shores of Lake Ontario at Lakeview Park in Oshawa (1450 Simcoe St. S), each building is said to hosts its own paranormal activity.  The Henry House is said to be the most active and has the most stories linked to it.  These stories have been passed down through generations as the locations of these houses has always been the same.

Located at 83 Centre St. South in Oshawa, Break Out Zone (formerly S. Caper’s break Out Zone) is a unique escape room entertainment facility that not only has paranormal themed rooms but it seems that this location also has some real paranormal activity as well.

For more of the favourite haunts of the Paranormal Seekers, check out their website at http://www.theparanormalseekers.ca/ and remember: A haunting is just history waiting to be heard.