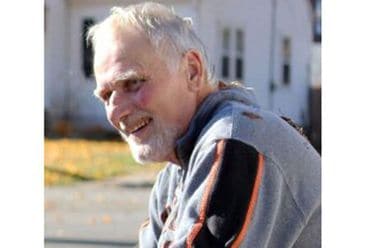 The air in downtown Oshawa will be thick with the distinct rumble of Harley-Davidson motorcycles Friday when Peter ‘Rabbit’ Pillman, a long-time member of the Satan’s Choice outlaw biker club and the former President of the Oshawa chapter, is laid to rest.

Pillman, who suffered a stroke three years ago, died August 27 at a care home while surrounded by family, including Judy, his wife of 46 years.

Satan’s Choice was founded in Oshawa by Bernie Guindon in 1965 and at one time was the second largest outlaw club in the world, next to the Hell’s Angels. Pillman served as President of the Oshawa chapter during the turbulent 1970s and 80s.

Pillman also supported himself as an ironworker (Local 721), was a dedicated coach (and former President) of Oshawa Ringette and a supporter of the Bernese Mountain Dog Club of Ontario.

He was featured prominently in the 2013 book Unrepentant – The Strange and (sometimes) Terrible Life of Lorne Campbell, by Toronto Star crime reporter Peter Edwards, and always maintained his connection to Satan’s Choice even though many other members eventually switched over to the Hell’s Angels during the infamous ‘biker wars’ of the 1980s and 90s.

The club effectively dissolved in 2001.

Relatives and friends are invited to attend the visitation on Thursday, September 2 from 2-4 and 7-9 at the McIntosh-Anderson-Kellam Funeral Home, 152 King St. E., Oshawa (905-433-5558).  Attendance will be limited. A private service will be held on Friday, September 3.

Donations in memory of Pillman can be made to the Heart and Stroke Foundation.  Online condolences may be shared at makfuneralhome.com.