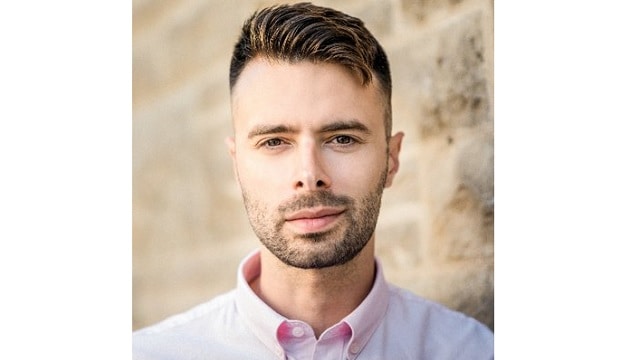 A former professor at McMaster University, who decried public health measures at the peak of the COVID-19 pandemic, is resigning as acting medical officer of health in a region that borders Hamilton.

Dr. Matt Strauss became the acting MOH in Haldimand-Norfolk late in the summer of 2021. The appointment by the local board of health, which was chaired by a since-ousted mayor, did not need provincial vetting by then-Health Minister Christine Elliott since he was not a permanent hire.

The decision drew criticism at the time. Strauss had repeatedly tweeted and written about his opposition to health protections that he characterized as “lockdowns” and described business owners who opened in violation of public health orders as “heroes.” He also mused about applying for refugee status in Florida, where Gov. Ron DeSantis opposed mask mandates.

In August 2020, he tweeted he “would sooner give my children COVID-19 than a McDonald’s Happy Meal.”

Per multiple recent media reports, Dr. Strauss told a local health and advisory committee meeting this week that his departure is effective as of April 1. As well, he did not reside in Haldimand-Norfolk, or near it, and does not have a master degree’s in public health.

“I think that what we did here had a ripple effect in what I viewed as my mission, which was to bring common sense and traditional medical ethics back to pandemic policy,” he told a Simcoe, Ont., radio station.

Peer-reviewed research is also indicating that COVID-19 infection can reduce an individual’s count of T-cells, the first line of defence in your immune system.

The regional board of health that appointed Strauss in ’21 was chaired by then-Norfolk County mayor Kristal Chopp. She was voted out in October, with new Mayor Amy Martin outpolling Chapp by a nearly 16-point margin (42.27 per cent to 26.43).

Prior to bringing Strauss aboard, Haldimand-Norfolk had nobody in the MOH position for around six months in 2021.

In March of that year, Dr. Shanker Nesathurai resigned from the position. The previous year, Nestathurai worked to manage outbreaks at long-term care homes and area farms. Agribusiness is a major economic engine in Haldimand-Norfolk and many large farms hire migrant workers from Mexico and Central America, who live on-site in bunkhouses.

The region, located on the shore of Lake Erie, also has a significant cottager population.

In the first months of the pandemic, a farm owned by Scotlynn Group that is about 75 km from Hamilton had an outbreak in which some 200 workers were infected. The outbreak led to the death of 55-year-old Juan López Chaparro of Mexico in June 2020. Dr. Nesathurai made site visits to each bunkhouse at the farm to examine workers and answer their questions.

Nestathurai’s measures to limit spread of the virus, at a time before COVID-19 vaccines were approved for use, included limiting bunkhouse occupancy for quarantining migrant workers and barring cottagers who live outside Haldimand-Norfolk from visiting their vacation properties. The former measure led to farmers having to put up newly arrived workers in hotels while they completed a federally required 14-day quarantine for people entering Canada.

In June 2022, 24 months after the outbreak, the Ontario Court of Justice fined Scotlynn $125,000 after it pleaded guilty to one count of failing to take reasonable precautions to protect employees.

The agreed statement of facts heard in court was that Chaparro had “symptoms that were typical of COVID-19 but was not isolated.” It also said there were inconsistencies with the farm enforcing COVID-19 screening and workers reporting their symptoms.

Dr. Strauss once held a position of assistant clinical professor at McMaster. He practised as an intensivist and internist and was a medical director of critical care at Guelph General Hospital, according to the 2021 announcement of his hiring by the Haldimand-Norfolk Health Unit.

He was also an assistant professor of medicine at Queen’s University at Kingston for two-plus years before resigning in November 2021. He is now suing his former direct supervisor at Queen’s, Dr. Stephen Archer, for defamation.