It’s no secret that the current government has recently been pushing to revamp Ontario’s “brand” — and part of that rebranding will include rolling out new licence plates.

As part of the 2019 Ontario budget released today (Thursday, April 11), the government unveiled what the new plates will look like.

“This new shared brand will be encapsulated in a new shared visual identity rooted in the modernized Ontario Trillium Logo,” the report says. “The logo is accompanied by a clear and succinct articulation of a simple unifying principle: that the Ontario government is ‘Working for You.’”

The plates feature the newer version of the Ontario trillium and the province’s new tagline: "A Place to Grow." 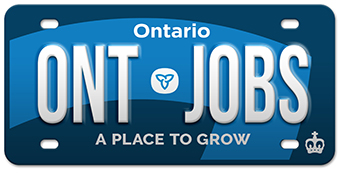 According to the report, the tagline (replacing “Yours to Discover”) speaks to Ontario's “welcoming and inclusive culture along with the government's people-focused mandate.”

The government says it intends to deliver the province’s new visual identity across the entire public sector while prohibiting the spending of taxpayer dollars on new logos or other visual identifiers going forward.

So when can we expect to start seeing these new plates?

The province plans to begin issuing the new licence plates and new driver’s licences after the current stocks of these items have been depleted.

What do you think of the new look?

Trendy Toronto restaurant opening first GTA location in Mississauga
This year hasn't been a good one for restaurants and the foodies who love them, but new places are still popping up in Mississauga—including popular, on-trend places that are finally making their
END_OF_DOCUMENT_TOKEN_TO_BE_REPLACED