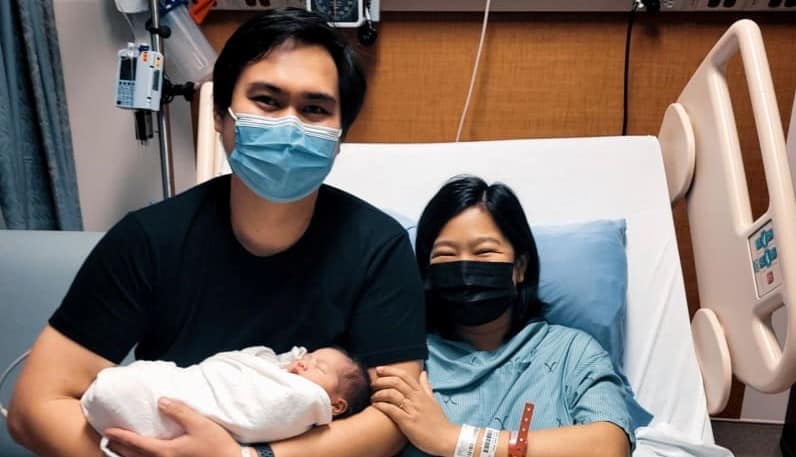 Jenny Rose and Michael Laurence Barde of Niagara-on-the-Lake pose with their daughter, Gabriella Barde, born at 7:14 am in a Niagara hospital.

Niagara Region’s first New Years Day baby didn’t arrive until 7:14 am but that said, she was 10 days early after all.

Gabriella Barde, one of 11 babies born in Niagara hospitals on January 1, wasn’t due until January 11 but parents Jenny Rose and Michael Laurence Barde of Niagara-on-the-Lake weren’t complaining.

The couple, who moved to Canada from the Philippines in August 2021, were thrilled with the arrival of their six pounds, four ounces daughter.

“Before I gave birth, I was really nervous to deliver the baby, but when I saw her, everything changed,” says Jenny Rose. “It’s worth the wait and the pain. It wasn’t as hard as I thought it would be.”

Believe it or not, her water broke almost immediately after the clock struck midnight.

“We’ve been married for about three years and thought we couldn’t have children,” says Michael Laurence. “Around the same time we were approved to move to Canada, we were surprised and so excited to find out that we were having a baby.”

“I’m super happy. I was crying in the room too during the delivery. Honestly, we were quite surprised and didn’t expect it to be on New Year’s Day. It’s a memorable day.”