Female Robber on the Loose in Mississauga 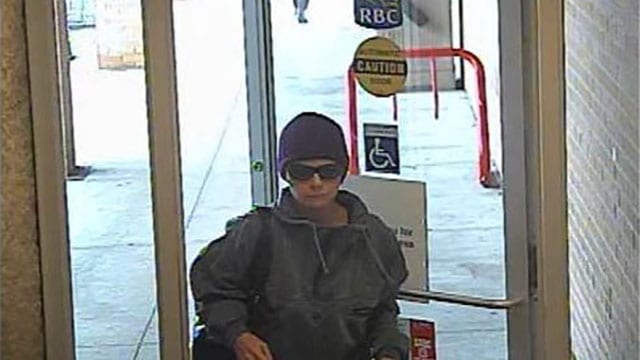 It looks like a female robber is on the loose in Mississauga!

Investigators from the Central Robbery Bureau are asking anyone with any information about a suspect involved in two separate bank robberies to please come forward.

After the second robbery occurred, it was not yet clear whether both incidents involved the same suspect.

Now, it looks like it was indeed the same woman committing both robberies.

According to police, the suspect approached tellers and produced a note demanding money. According to other media reports, the suspect also implied that she had explosives. Once the tellers would comply with the request, the woman would flee on foot.

The suspect is described as a white female between 40 and 50-years-old. She’s about 5’4” with a slim/medium build and pock marks on her face. She has been seen wearing sunglasses, dark pants and carrying a President’s Choice bag.

Anyone with information regarding this incident is asked to contact investigators with the Central Robbery Bureau at (905) 453-2121 ext. 3410. Information may also be left anonymously by calling Peel Crime Stoppers at 1-800-222-TIPS (8477), by visiting www.peelcrimestoppers.ca, or by sending a text message to CRIMES (274637) with the word “PEEL” and then your tip.