Federal models suggest that between 11,000 and 22,000 Canadians could die of COVID-19 over coming months 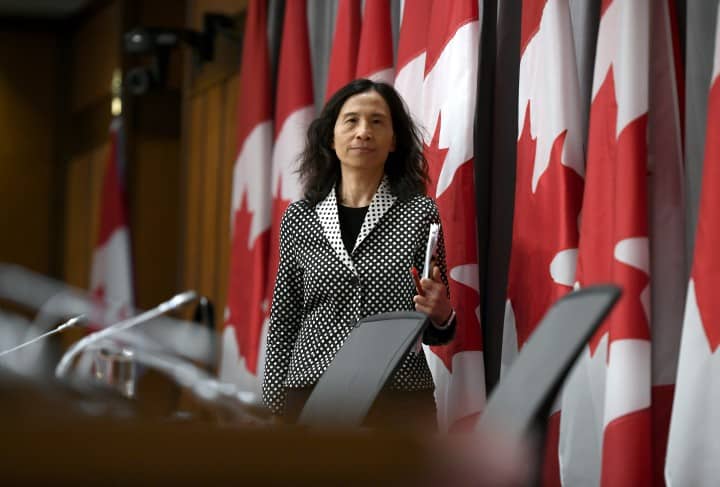 Federal officials have released speculative models that suggest that with strong preventative measures (such as physical distancing) in place, Canada could see between 11,000 to 22,000 coronavirus deaths over the course of the pandemic.

At an April 9 press conference, medical experts with the Public Health Agency of Canada said that while models are not (and should not be treated as) crystal balls, they can be used to measure the impact of mitigation techniques (such as testing, tracking, quarantining and physical distancing) and predict how many people could die of the virus.

The models suggest that approximately 11,000 Canadians could be killed by the virus over the length of the pandemic if the infection rate is held to 2.5 per cent of the population. If five per cent of Canadians are infected, 22,000 deaths are possible. As far as short-term predictions go, the models suggest that Canada could see 22,580 to 31,850 cases by April 16. Based on the case fatality rate to date, this could mean between 500 to 700 total deaths in Canada by next week.

The experts emphasized that human behaviour and adherence to physical distancing measures will strongly impact the accuracy of any models.

The federal government said it needed numbers from the provinces and territories in order to produce the most accurate models possible.

The models do not predict when physical distancing measures could conceivably be lifted, but Dr. Njoo suggested that current measures could be in place until the summer and might be relaxed on a regional basis at the instruction of provincial and territorial health authorities.

The experts said it’s too early to predict when cases will peak in Canada.

Secondary and tertiary waves of infection are anticipated, meaning public health measures might need to be implemented on an ongoing basis until a vaccine or other treatment is available.

“The data tell us that the measures we are taking now—physical (social) distancing, self-isolation of cases, quarantine of contacts, and preventing importation of infection from other countries—remain essential to controlling Canada’s COVID-19 epidemic,” the model report reads.

Dr. Tam said that prior to the implementation of stronger public health measures, each infected person in Canada infected 2.19 other people on average. She said the goal of mitigation measures is to ensure that an infected person infects fewer than one person on average, which will help the epidemic die out.

The report says that today, stronger physical distancing and self-isolation are helping to reduce the average number of people each case infects.

Dr. Tam said that case rates differ across Canada, with the bulk of cases (94 per cent) being diagnosed in British Columbia, Alberta, Ontario and Quebec. All provinces and territories are affected with the exception of Nunavut, which currently has no cases.

The models say that 98 per cent of deaths have been reported in Ontario, Quebec, British Columbia, and Alberta. At least 198 deaths have occurred in residents in long-term care homes.

Dr. Tam said that Canada’s epidemic is in the earlier stage and that the country’s total case count is increasing more slowly than most countries and doubling every three to five days.

Dr. Tam said the “stark numbers” tell us we must do everything we can now to minimize infections and prevent hospitalizations.

“If we let up, new chains of transmission will take off. We must stay the course until we have reached a very low number of cases. However, even with epidemic control, some measures will have to remain in place to prevent future waves.”