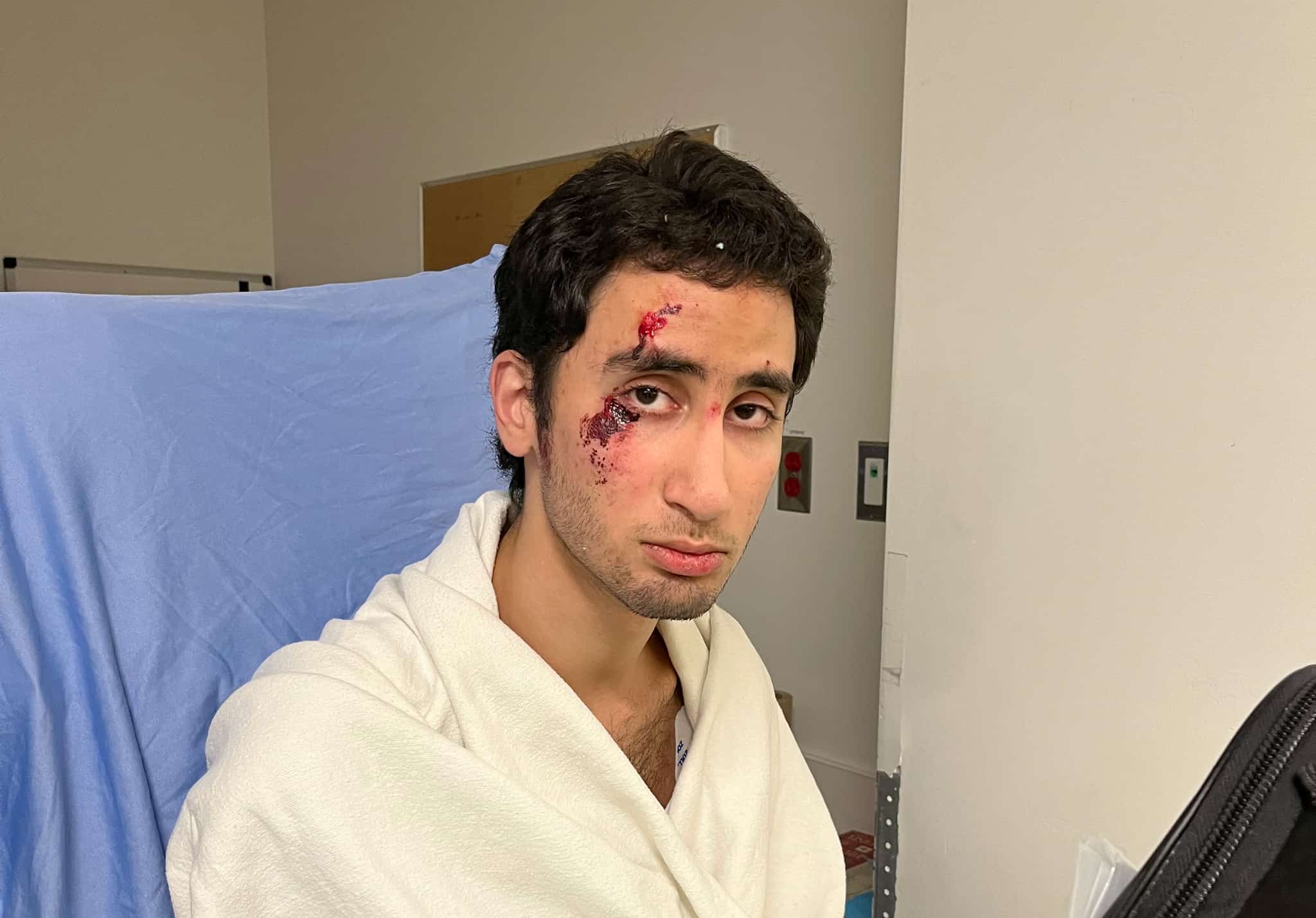 It has been over a month since police tasered a nonverbal, 19-year-old boy in Mississauga and his father wants the officers involved held accountable for their actions.

On Nov. 4, Abdullah Darwich, 19, who has autism and is nonverbal, left his house in Mississauga wearing only boxer shorts. Neighbours reportedly called police concerned about his well-being in the cold weather and after he tried to enter a car and a house. He sat on a lawn playing in the fallen leaves until police arrived.

Peel Region Police said in a statement that “officers were unsuccessful in communicating with the male, who appeared to be in distress and was not responding to officers.”

They then used an conducted energy weapon or Taser and Abdullah was left with injuries, cuts and bruises all over his body. He was also traumatized by the encounter.

On the day of the incident Abdullah managed to get outside without his family knowing. Normally, the family keeps the front door locked but somehow Abdullah found the key and got out of the house that day, his father Majd Darwich told insauga.com publisher, Khaled Iwamura.

Darwich thought his son was in his room but then he heard sirens outside.

“I heard a police car running by (my) house outside,” he said. “A lot of police cars. About four or five police cars. I started to be worried.”

He discovered his son was gone and got in his car and found him surrounded by police officers a few houses away. Abdullah was handcuffed and on the ground.

“I looked at his face, it was full of blood.”

The news of Abdullah’s tasering led to an outcry with Autism experts and even Marvel superhero star Simu Liu speaking out against the police action.

Peel Regional Police have said they are conducting a review of the incident.

Darwich says he is consulting with his lawyer about suing police.

“I’m still in the process with my lawyer,” Darwich said.

In the end, he just wants the officers involved held accountable for their actions.

Asked what he would say to the officers if he had a chance, Darwich was direct.

“Taser yourself and feel how (much) pain you feel with this process,” he said. “Especially for autistic people, they are very sensitive.”

He doesn’t understand why police had to choose tasering.

“They have a lot of options, the police, they can just catch him by their hand,” he said. “I don’t know why they always go to the hardest option they have, which is tasering him.”