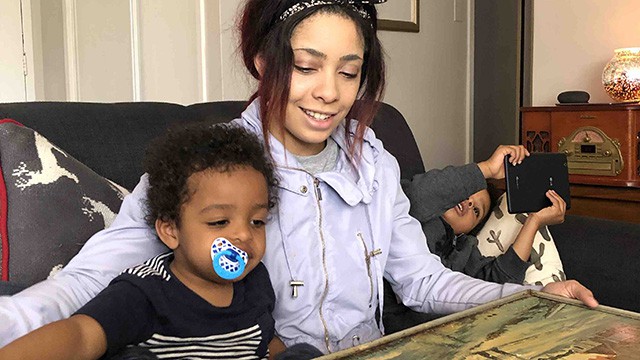 The family of a 25-year-old, mother of two who was allegedly stabbed to death by a former boyfriend in her Mississauga home is seeking help to honour their loved one and pay for funeral costs.

A GoFundMe fundraiser was recently set up to honour Brittney Newman, a young mother who was found suffering from what appeared to be stab wounds in her Roadside Way area home on Sunday, Feb. 9.

Peel police say Newman was pronounced dead at the scene.

“Our darling Brittney was brutally slain on Sunday in her home! As you can imagine when tragic moments like this occurs we can never be prepared,” Gabriele Vording-Newman wrote on the GoFundMe page.

“Brittney leaves behind two beautiful children. Please donate what you can to help us lay our beloved Brittney to rest and our funeral cost.”

Police say the suspect in Newman’s murder, 27-year-old Abdiljibar Mahamoud, was located by officers at the scene and arrested. He has since been charged with second-degree murder.

Newman’s two children, both under the age of six, were present at the residence and were uninjured.

Investigators are asking anyone with information relating to this investigation, to contact the Homicide and Missing Persons Bureau at (905) 453-2121, ext. 3205.