Fake ‘township’ calls in West Lincoln, asking residents how they are voting

The pre-municipal elections political games have already started in West Lincoln with people pretending to represent the township phoning residents to ask then how they are voting and for whom.

The election games have officially begun in West Lincoln with residents getting calls from people saying they are from town hall, asking how they will be voting.

Today (September 27), the community’s town staff is warning residents that the calls are false.

“We have been made aware of calls being placed to West Lincoln residents from someone falsely claiming they are from the Township and asking about who you have voted for/will vote for in the 2022 Municipal Election,” they posted.

“Be advised that this call is NOT coming from the Township. Township staff have never and will never ask you for this information, either over the phone, via email, or in person. This information is private and you are NEVER required to reveal who you vote for.”

“This is absurd, and I believe this is an effort to intimidate and or discourage people from voting. I call on all candidates to denounce this type of behaviour and shenanigans. This is just awful,” he tweeted. 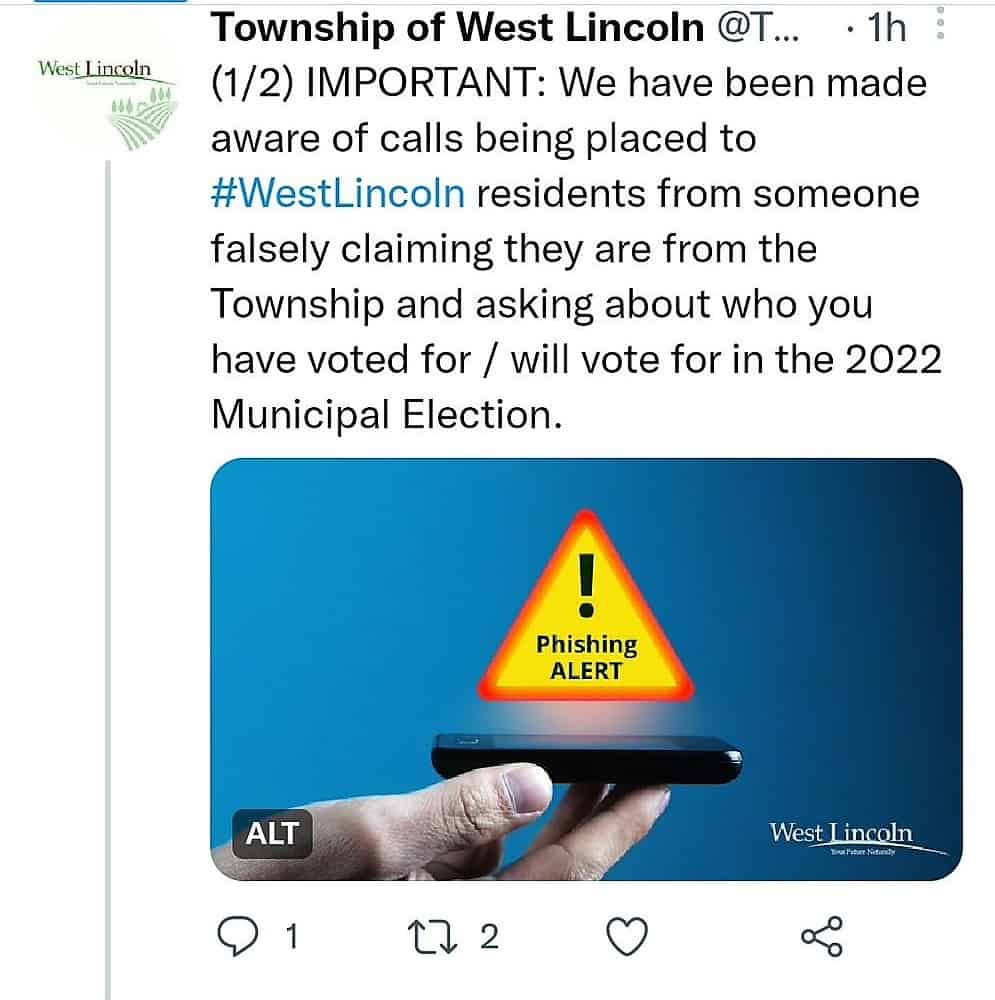