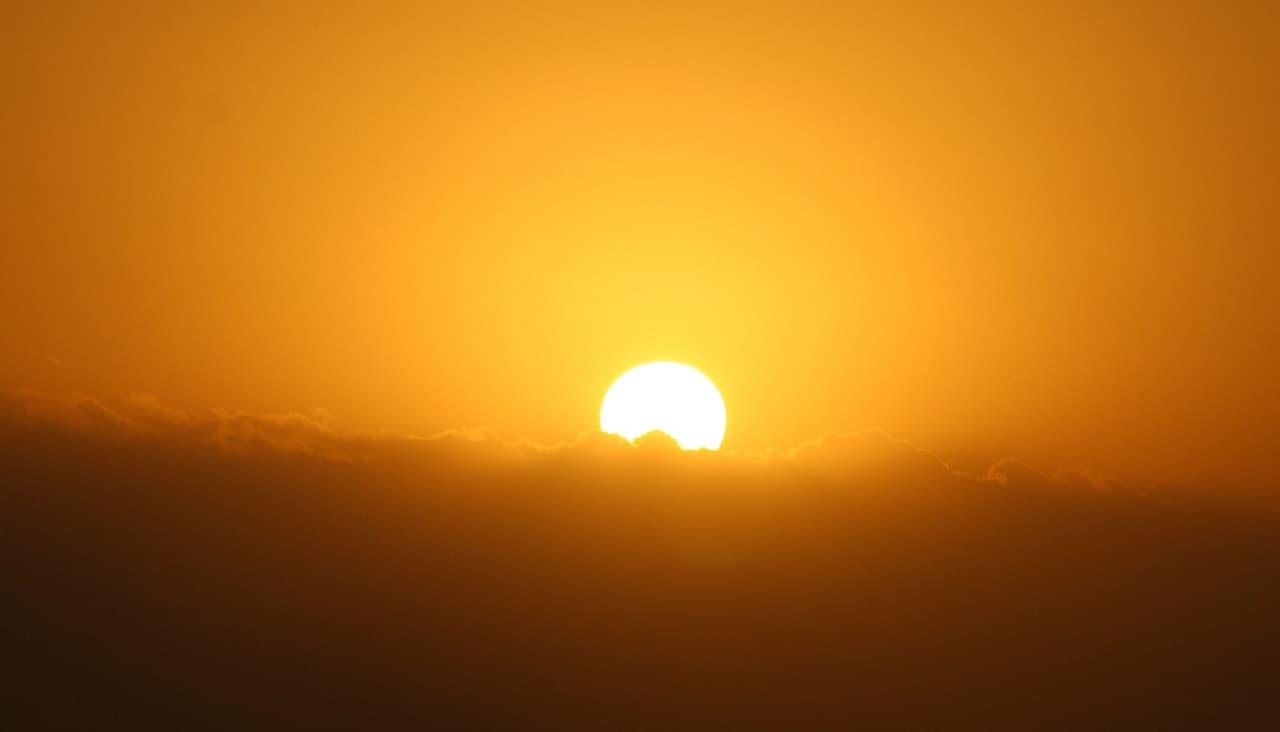 Hamilton will be one of the most at-risk cities in Canada for extreme heat by the middle of this century, a new report says.

The Intact Centre on Climate Adaptation, in partnership with the University of Waterloo, has released a report that looks at what Canadians can do to reduce the risks of extreme heat. While the projections are qualified by noting that conditions decades into the future will depend on what actions are taken to slow climate change, it indicates Hamilton faces the second-highest risk of extreme heat among cities in Canada.

The report also highlights 35 ways to reduce the effects of extreme heat, including actions that communities, property owners and managers can take.

Windsor is at the greatest risk for frequent extreme heat days, ahead of Hamilton. Niagara Falls and St. Catharines are third and fourth. All of those cities are in the southernmost part of the largest region that is most at-risk, which is the area from north of Lake Erie through the St. Lawrence River Valley.

“Extreme temperatures and heat waves already occur across Canada and will become more extreme in the future,” reads the report, which is entitled, “Irreversible Extreme Heat: Protecting Canadians and Communities from a Lethal Future.”

A better transition to a low-carbon world would keep the average number of very hot days in the 40s. 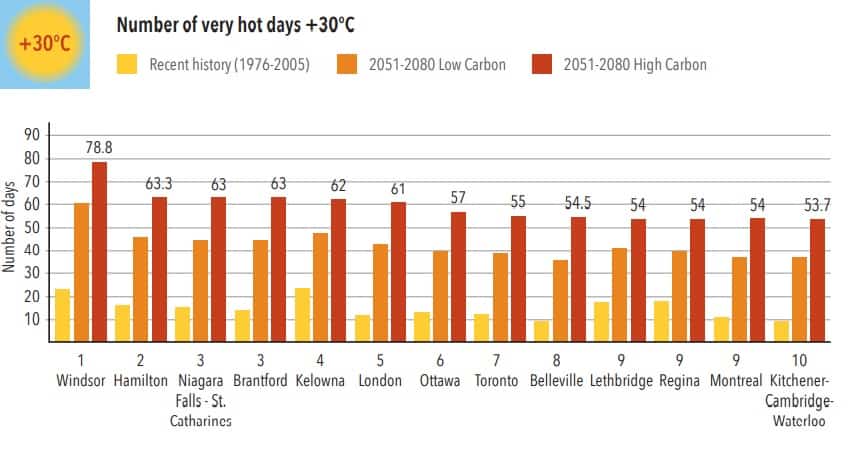 The Hamilton and Niagara areas face the possibility of having more very hot days than anywhere else. The hottest projected maximum temperatures would be in western Canada.

In a high-carbon world, heat waves will also be twice as long as they were in the late 20th century and early aughts. Niagara Falls and St. Catharines face a risk of the average heat wave lasting 8.5 days, and Hamilton’s would be 8.4 — compared to just under four days from 1976 to 2005.

In a low-carbon world, heat waves would last about six days apiece. 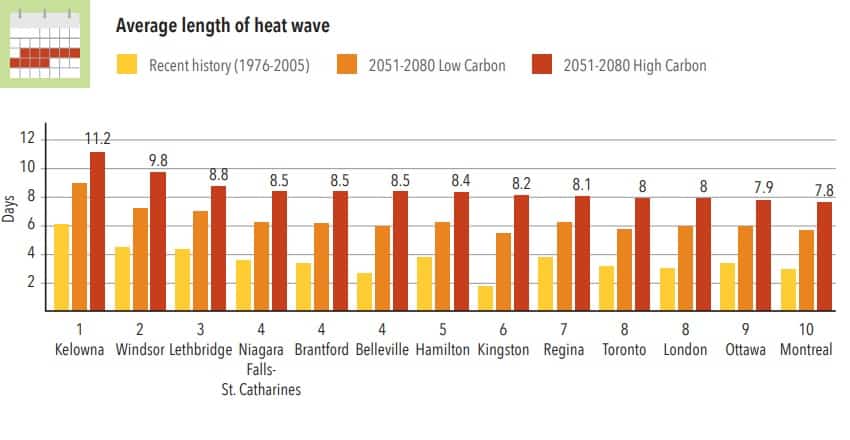 How to take heat

The report details 35 ways to reduce the effects of extreme heat. It notes that air conditioning helps escalate the urban heat island effect, which many residents of lower-city Hamilton experience in the late spring, summer and early autumn.

“Reliance on air conditioning alone will not make our communities resilient to heat,” the report reads. “Air conditioning contributes to the urban-heat-island effect by generating ‘waste’ heat outdoors, and it uses more electricity at peak times, potentially contributing to power outages… This can also contribute to increased greenhousegas production where electricity is produced using fossil fuels. There are many ways to
encourage ‘passive’ cooling (cooling that does not use energy).”

Communities, for instance, will need to assess and map vulnerability to extreme heat. Reducing vehicular traffic and expanding artificial shade, such as with canopies or shelters, are also options. 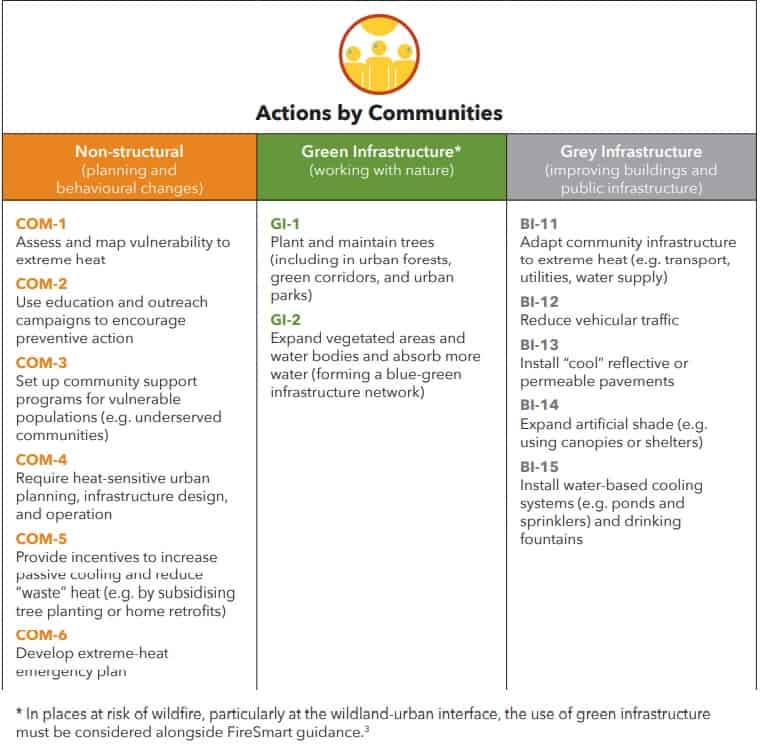 Building owners and property managers can also take steps such as educating themselves building-scale vulnerabilities to extreme heat and identifying and supporting vulnerable occupants. That can include those living alone and the elderly. 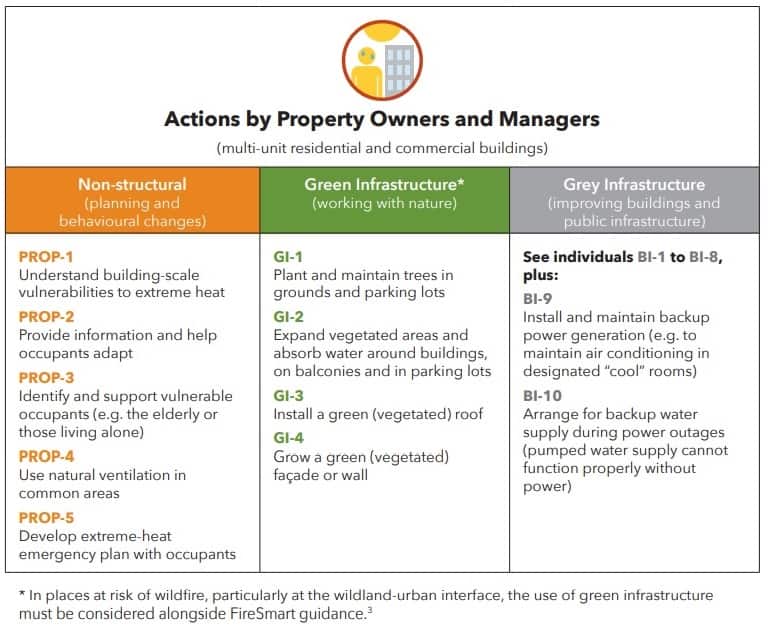 The full 112-page report is viewable at intactcentreclimateadaptation.ca.